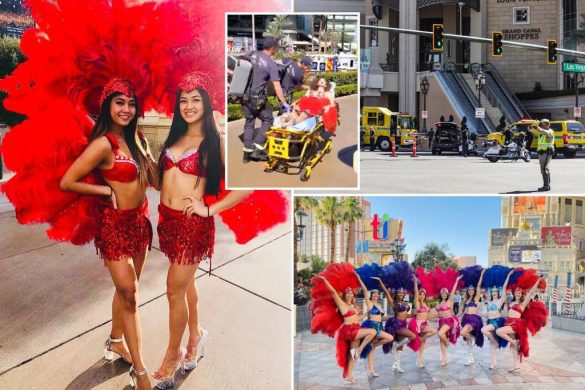 Las Vegas showgirls are afraid to go back to work on the famed Sin City Strip after a knife-wielding man went on a rampage that left two dead and six injured on Thursday.

The man had asked for a picture with the girls — who were wearing their signature bright costumes — then pulled out a knife and started stabbing them, leaving showgirl Maris Digiovanni and bystander Brent Hallet dead.

The alleged assailant, Yonni Barrios, was arrested shortly after the attack and faces two charges for murder and six counts of attempted murder.

The victims all worked for Best Showgirls in Vegas and colleagues told The Post on Saturday how the ordeal has affected them and called for a stronger police presence on the streets.

“We’re all really distraught — it happened on one of the safer locations on the Strip and at 11 o’clock in the morning,” said showgirl Mikayla Yegge, 27.

“We don’t feel safe being out there,” she added. “We don’t know what we’re going to do next or how we are going to continue to make money.”

The women — who wear extravagant bejeweled feather headpieces and sexy outfits — are a staple on the Vegas Strip, posing for pictures with tourists for tips outside casinos.

In recent years, however, the women said they have grown concerned for their safety.

Lexi McKinney, 27, has worked for Best Showgirls in Vegas for nine years. She claims police patrols have become more scarce on the Strip in recent years, and if girls seek help from the private security at casinos, they are told they’re on their own.

“There are times [showgirls] feel they are being followed, but they’ve been shooed out of casinos,” McKinney said. “They’ve been told, ‘No. We are not here to help.’”

Also injured in Thursday’s attack were Victoria Cayetano and Anna Westby, who were both stabbed in the back.

Westby told The Post she tried to help Digiovanni, who was stabbed in the heart, but she died in her arms. Another showgirl only known by her first name, Selena, was able to escape physically unhurt.

Cayatano was released from the hospital, and spoke to reporters on Friday via Zoom.

“I just felt the pressure in my back,” Cayetano said. “It happened so fast that I’m not sure. I know, like, he got me because he stabbed me in the back … He hit me with force [of] his body and that’s why I fell.”

“If I wouldn’t have fallen, he could’ve gotten me a lot deeper,” Cayetano added.

Las Vegas Metropolitan Police said Barrios arrived from California earlier in the week and told officials he went to the Las Vegas Strip to look for a job as a chef after a friend would not allow him to stay at his house.

Barrios claimed he was trying to sell his knives so he could go back home, police said.

Cheryl Lowthorp, who runs Best Showgirls in Vegas, has started a GoFundMe page for the young women.

Some of the women said they are not sure how they will be able to financially rebound or even go back to work on the Strip.

“I think that no matter how much we do and when we look after each other, it’s not going to be until we get the help in the community for us to be able to step back into our power and not be afraid like every single girl in this community right now,” said Julie Salazar, 25, another performer for the company. 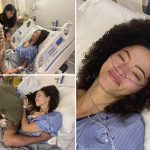 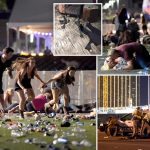 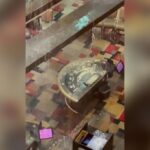 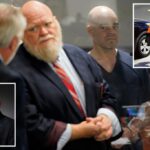 Everything You Need to Know About the Google Pixel Watch