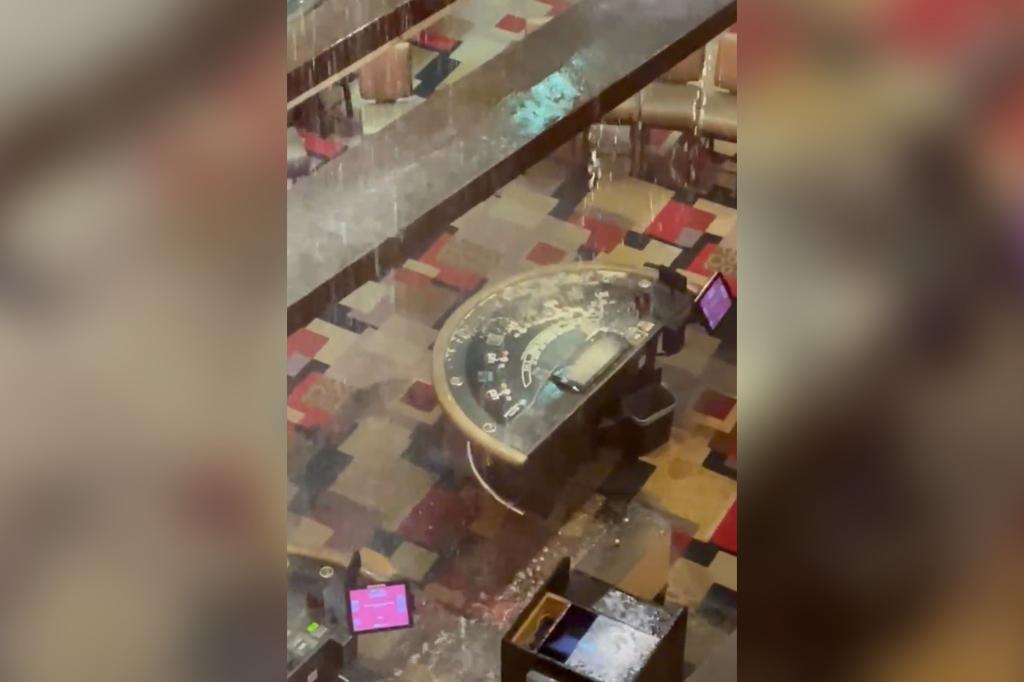 Las Vegas was slammed with another wave of torrential flash floods just two weeks after hotels and casinos were consumed with floodwater.

The National Weather Service for Las Vegas issued a flash flood warning as well as a flood advisory until 12:15 a.m. Friday as water flooded some of the city’s most iconic buildings.

Video footage shows Caesar’s Palace struggling to deal with the heavy downpour as floodwater could be seen pouring onto diners at the hotel’s indoor restaurant.

Planet Hollywood also suffered some major water damage from the flash floods, as video footage shows the building filling up with water and soaking the carpet.

“Never have I seen rain this torrential like I saw this evening,” Richard Henderson, who hails from Vancouver, Canada, told The Post. “The rain was so heavy that you could barely see the Flamingo across the street.”

The massive flooding has also caused the city to suffer major power outages as over 17,000 NV Energy customers were left without power, 8NewsNow reports.

Henderson, who witnessed the floods in Caesar’s Palace, said Sports Book employees had cordoned off an area inside “with a makeshift barrier of soaking wet slot machine chairs.”

“A quick glance to the ceiling and we were shocked to see water pouring out of every sprinkler head and other spots,” he told The Post.

“The sheer amount of water made one of my friends very nervous – she was very concerned about the possibility of more water coming in or a partial ceiling collapse.”

“The lightning strikes were intense. I’ve never seen anything quite like it in Vegas,” he added.

Sable said he saw water “pouring in” during a quick stop to Planet Hollywood.

But the rain isn’t going away just yet.

“We expect the rain to go ahead through the weekend,” National Weather Service Las Vegas lead Forecaster Chris Outler told The Post.

“There are daily chances. Right now the rain has tapered off across the valley but just about every day, especially in the afternoon and evening hours, we have about 30% chances for Las Vegas.”

The flood is also causing some travel chaos at Harry Reid International airport.

Passengers are being forced to endure departure delays averaging 1 hour 34 minutes, as well as over an hour of delays for arrivals, according to FlightAware.com.

Meanwhile, on the roads, drivers came to a complete stop as roads became blocked by floodwater and cordoned off by cops.

Just two weeks ago, the city was hit with major flooding that caused damage to many hotels and casinos.

Alexander Wolf, a Las Vegas resident, told The Post he saw “curtains” of rainfall outside his window.

“Lightning was nearly constant, and the power went out several times,” he told The Post. “Electric surges set the fire alarms of several buildings off, causing fire responders to have to head out into the storm to respond to them.” 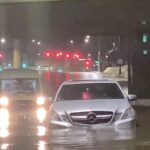 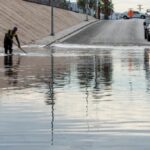 How to Keep Your Kids Playing Sports Without Going Broke
6 mins ago
Do All Mandevillas Climb? Mine Does Not
30 mins ago
Nadler clashed with Pelosi, Schiff over first Trump impeachment, argued...
34 mins ago