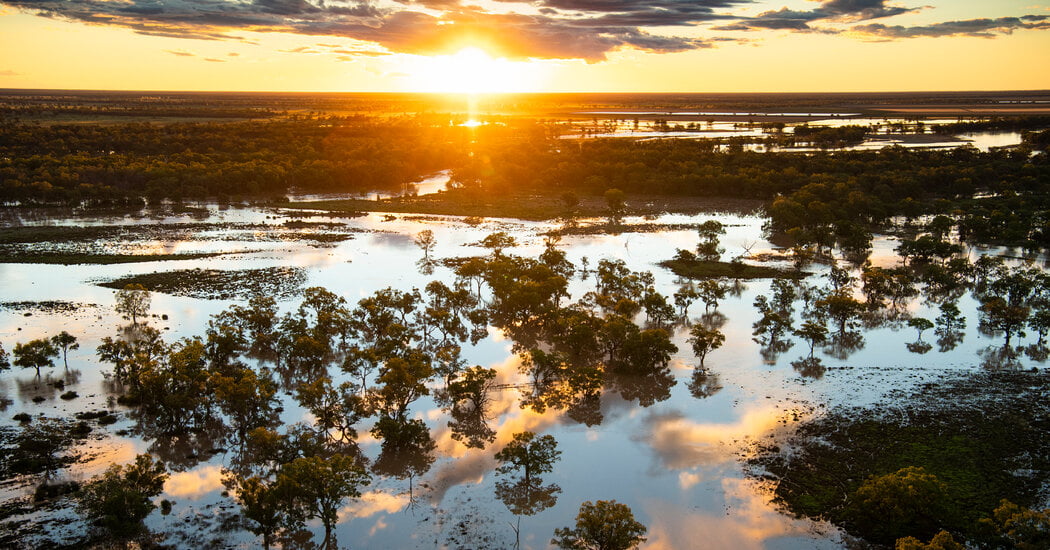 CANBERRA, Australia — After years of being denounced as a laggard on climate change, Australia shifted course on Thursday, with the Lower House of Parliament passing a bill that commits the government to reducing carbon emissions by at least 43 percent from 2005 levels by 2030, and reaching net zero by 2050.

With critical support from the Australian Greens now in place, the new Labor government is expected to push the legislation through the Senate in a few weeks.

Prime Minister Anthony Albanese said it would put the country “on the right side of history.” The 43 percent pledge brings Australia closer to Canada, South Korea and Japan, while still falling short of commitments from the United States, the European Union and Britain.

“The impact of climate change is real. We need a response which is real,” Mr. Albanese told reporters on Thursday. “The government is offering that.”

In Parliament, the climate minister, Chris Bowen, said simply: “This is a good day for our country.”

But the commitment — which Mr. Albanese campaigned on as Labor challenged the long-governing conservative coalition in the federal election in May — is widely seen as long overdue, and just the start of a vital economic transition in a country that is the world’s third-largest fossil fuel exporter, after Saudi Arabia and Russia.

Amanda McKenzie, who runs the Climate Council, an association of scientists and community leaders who have called for years for Australia to do more on climate change, called the climate change bill a “springboard” that will require the government to hold itself accountable while creating a framework for investment in renewable energy.

Richie Merzian, the climate and energy program director at the Australia Institute, a nonpartisan think tank, described the bill as “a huge leap forward,” while pointing out that there was still a long road ahead.

The government has refused to accept proposals for Australia to reject any new coal and gas projects — a major point of contention among a series of independent members of Parliament who won seats in mostly conservative districts on pledges to attack climate change aggressively.

Mr. Albanese and his Labor government also rejected a separate Greens amendment to reduce emissions by 75 percent by 2030.

The Greens leader, Adam Bandt, has said repeatedly that the government’s lower target would lead to destroyed crops, devastating natural disasters and the demise of the Great Barrier Reef, which will continue to struggle under current warming trends, according to a report released on Thursday by Australian marine scientists.

They found that parts of the reef had begun to recover from a series of devastating bleaching events in recent years, but predicted that the world-renowned ecosystem would face frequent and longer-lasting heat waves unless there was “immediate global action on climate change.”

He described his support for the climate bill as a first step toward pushing Australia to do more, and many climate experts argue that the country can meet its international commitments only if it stops approving new coal and gas projects and eventually close those that already exist.

“They need to address Albanese’s dissembling narrative that our coal and gas is somehow greener than others, and their drug dealer’s defense that if we don’t sell it, then others will,” said Robyn Eckersley, an expert on the politics of climate change at the University of Melbourne. “This is pernicious and a direct evasion of Australia’s responsibilities.”