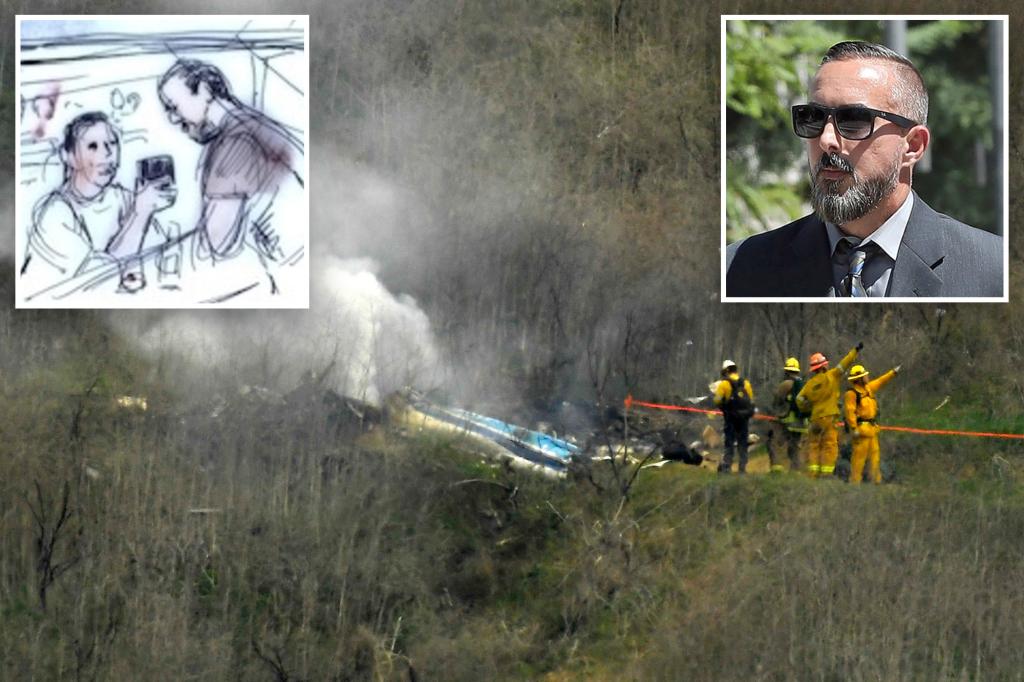 The deputy who snapped dozens of close-up photos of human remains from the helicopter wreck that killed Kobe Bryant and his daughter Gianna testified Friday that he didn’t regret doing so — and said he was unaware the NBA legend was one of the victims.

Los Angeles County Sheriff’s Deputy Doug Johnson took the stand in the third day of Vanessa Bryant’s federal lawsuit against the county and said he took 25 pictures at the California crash site and texted them to two firefighters that he believed were high up in command.

Johnson said about a third of his pictures were close-up shots of body parts and told the court they were taken at the behest of Dept. Raul Versales, who was at the command post at the bottom of the Calabasas hill the chopper slammed into.

Lawyers for Bryant, who allege that workers took “pictures as souvenirs,” countered Johnson’s claim by playing a recording of Versales saying, “All of us at the command post, including myself, we did not request photographs.”

The deputy’s testimony also contradicted the sworn statement of Malibu Search & Rescue Team Reserve Deputy David Katz, who told the court Thursday that Johnson had told him he took 100 pictures.

Johnson testified he and another deputy hiked through the rough terrain of the hillside and got to the crash site at about 11:30 a.m. on Jan. 26, 2020, finding it strewn with severed body parts.

Upon arrival he talked to two men who he thought were officials with Los Angeles County Fire, he testified. Johnson told them that one of his assignments was to take pictures of the entire scene.

When asked if he interpreted that to mean that he was instructed to take close-ups of body parts, Johnson replied, “Yes, sir.”

The deputy testified he took shots of a black man’s detached arm and hand, a close-up of a shin, a foot of dark skin tone, and a torso found near the helicopter. The pictures were presumably of the retired 41-year-old NBA star.

“I don’t remember seeing the victim’s head,” Johnson said. “I remember [it having] a torso and having pants.”

Johnson said he also took close-up pictures of bodies in a ravine. One of them was a child with long black hair and black skin — presumably Gianna, 13.

He sent the grisly pictures to Capt. Brian Johnson and another uniformed firefighter that he assumed was a captain, according to the testimony. That person remained unidentified, he told the court.

At one point, one of Vanessa’s attorneys, Eric Tuttle, asked, “Did it ever occur to you that it is not appropriate to have close-ups of human remains on your personal cell phone?”

Johnson replied, “No, sir,” and repeated the answer when asked if he regretted taking the photos or if he would have done anything differently.

During cross examination, Jennifer Mira Hashmall, the defense attorney representing LA County, county sheriffs and the county fire department, asked Johnson if he knew who was involved in the crash at the time.

“When you took the pictures, did you know it was Kobe Bryant who was in the air?”

Johnson said an internal investigation was conducted and he was interviewed twice, but said he was never disciplined in connection to a complaint lodged by Deputy Katz.

Lawyers for Vanessa have alleged that county officials inappropriately shared the private pictures, causing her “severe emotional distress and compounded the trauma of losing Kobe and Gianna.”

The widow broke into tears Thursday as a bartender testified a deputy had shown him pictures of Kobe’s remains while he was behind the stick.

Earlier Friday, a retired cop testified that officers in LA have a culture of keeping “ghoul books” with graphic photos of dead celebrities and other high-profile victims for their own amusement.

The group had been on their way to a youth basketball game in Thousand Oaks. 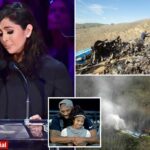 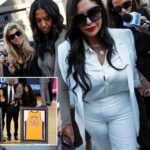 A letter bomb delivered to the Ukrainian Embassy in Madrid...
23 mins ago
The Easy Way to Freeze (and Thaw) Leftover Turkey
42 mins ago
How to Create a No-Code Webpage in Notion: A Step-by-Step...
1 hour ago