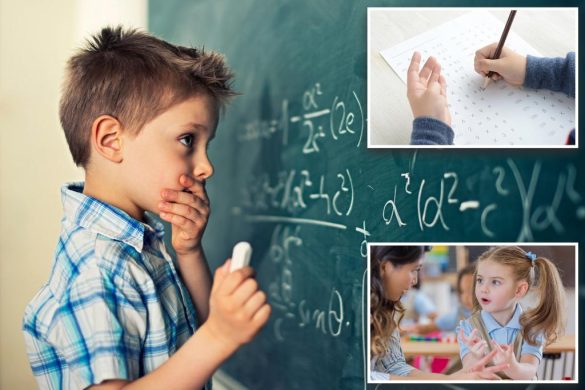 Math progress ground to a halt during the pandemic, new data showed Monday.

No state or big city notched any improvements on national math tests — while kids on the cusp of high school were particularly impacted, according to results from the National Assessment of Educational Progress.

Eighth grade math scores plummeted in all states but Utah, where they held steady — with roughly 38% of the age group performing below basic achievement levels in math, the dubbed “nation’s report card” found.

“These mathematics results are historic,” said Peggy Carr of the National Center for Education Statistics, the research branch of the US Department of Education that administers the test.

“]T]hey are the largest declines in mathematics we have observed in the entire history of this assessment.”

The data drop comes a month after early results for 9-year-olds showed the pandemic undid decades of math and reading progress in that age group.

The new findings show math scores dropped in 43 states and jurisdictions in fourth grade, and in 51 of them in eighth grade.

Still, cities including Dallas, Austin, Tampa, Miami, Los Angeles, New York and Philadelphia bucked the trend, holding steady in either fourth or eighth grade math — though they were still were not improving, the report found.

Federal officials were particularly worried about possible ramifications for kids now in high school falling behind in math. Carr described that grade as the “gateway” to more advanced math, from high-level classes to STEM careers, which could put the US behind the global competition.

“This is the moment of truth for education,” said Education Secretary Miguel Cardona at a briefing with reporters. “How we respond to this will determine not only our recovery, but our nation’s standing in the world.”

Reading scores also declined in 30 states and jurisdictions in fourth grade and 33 of them in eighth grade — a less widespread drop than in math but still worrisome.

“Math is just simply more sensitive to schooling. You really need teachers to teach math. Reading, on the other hand, is something that parents and community, they are more comfortable … helping students with,” Carr said.

Carr added those results did not immediately show discrepancies based on how long students learned remotely; the research branch continues to study its impact.

“That doesn’t mean it didn’t have an effect, but it cannot be solely or primarily attributable to these findings that we see today,” she said.

Big city students nearing high school actually broke with national and most states’ trends of tanking reading scores — performing similarly to how they did before the pandemic, though not improving. One exception was Los Angeles, where eighth graders made gains on the federal reading test.

“While the pandemic was a blow to schools and communities, we cannot use it as an excuse,” Alberto Carvalho, superintendent of Los Angeles Unified School District, said in a statement.

“We have to stay committed to high standards and expectations and help every child succeed,” said Carvalho, who also sits on the National Assessment Governing Board, a nonpartisan panel of governors, legislators and education officials that set policy for NAEP.

New York City math scores for soon-to-be high schoolers, which stayed about the same, also weathered the pandemic better than other big cities. And, like most large city school districts, New York City’s reading scores were comparable with pre-pandemic levels.

“The fact that cities were able to hold steady in the wake of all that we went through does strike me as resilience, as a bright spot,” Carr said.

The state snapshot shows fourth graders in the Empire State performed below the national average on math, but roughly the same as kids in other states on the other three federal tests.

Math scores for that age group — an average of 227 — were lower than the national average of 235, and below those of 38 other states and jurisdictions.

But more than four in 10 students across New York state did not demonstrate basic reading achievement levels in the fourth grade, the snapshot showed. Research has shown the importance of kids learning how to read by the third grade, or otherwise face an uphill battle to reach proficiency.

Long-awaited state test scores are expected in the next couple of weeks and, alongside the federal data, could provide more detail on how New York’s students fared during the pandemic.

The US Department of Education also polled teachers on their confidence helping kids rebound from pandemic school closures, finding just half of them reported feeling “quite” or “extremely” confident in their ability to address learning gaps. 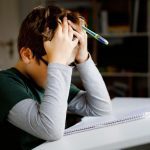 How to Recognize a Math Learning Disorder 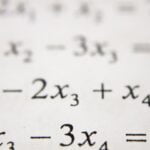 The 7 Best Android Apps to Help You Solve Math Problems 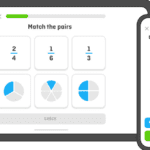 How to Use DefenderUI to Configure Windows Defender