Mexican-born astronaut Katya Echazarreta to be honored by president 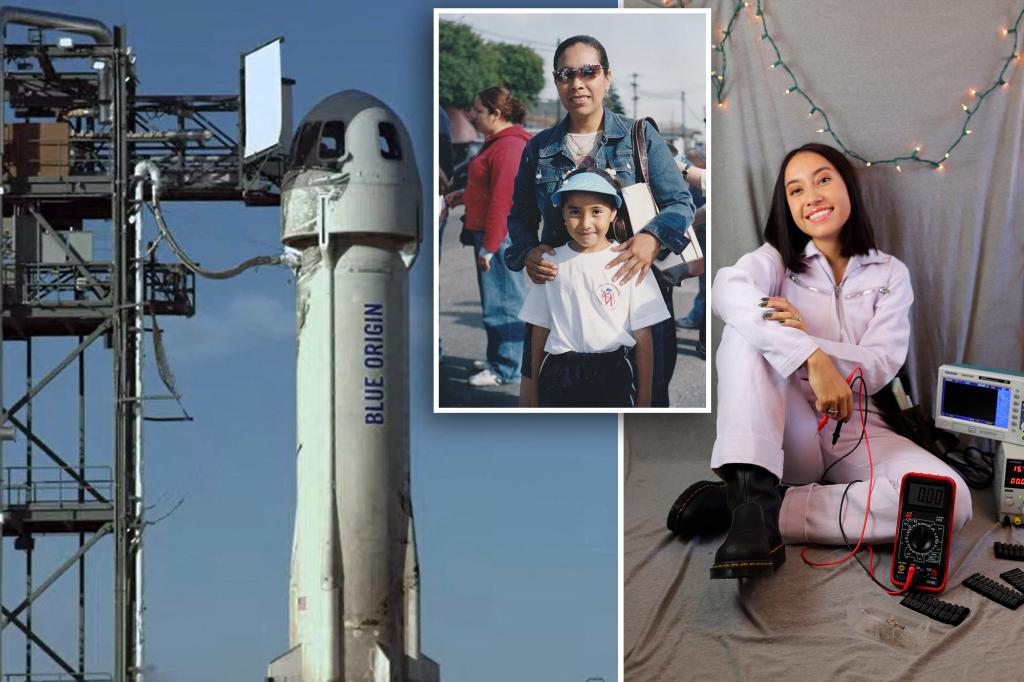 She went from working under the glow of the Golden Arches to outer space — and now the first Mexican-born woman to reach the cosmos is a star in her own right.

Katya Echazarreta, who joined the crew of Jeff Bezos’ spaceflight company Blue Origin last month, will be honored by the president of Mexico, The Post has learned.

The 27-year-old trailblazer is set to share her historic journey during an Aug. 2 meeting with Andrés Manuel López Obrador in Mexico City, in a bid to help others in her homeland who have scientific aspirations.

“I hope this is just the first of many conversations where my experience can help to provide more resources and create more meaningful opportunities for our bright students, scientists, and engineers,” Echazarreta said of the presidential brainstorming session.

Echazarreta, who immigrated from Guadalajara to San Diego at age 7, also made history as the youngest American to go to space. An electrical engineer, she applied to become a citizen astronaut in 2019, competing against more than 7,000 candidates from over 100 countries, and was awarded a spot on the June 4th space flight by the nonprofit Space for Humanity.

“When you’re up there and you’re looking at the planet, there are a few things that really stand out to you, one of them being the color, the way that it glows a beautiful brilliant blue,” said Echazarreta, whose TikTok of the journey notched 2.2 million views.

Even as a child, Echazarreta dreamt of being an astronaut, but it wasn’t always a smooth launch.

When she was a senior in high school, her parents’ divorced. And with her then-single mom the primary caretaker of her developmentally-disabled older sister and unable to hold a job, Echazarreta was at a crossroads.

“So during that time, I had a choice, I could go off to college … or I could stay and help out my family,” she said.

She enrolled in San Diego City College and got a part-time gig at McDonald’s to help make ends meet.

“I did that for a couple years. I did pretty much everything except making the food, every other role, I had. Anytime I needed a job, I would go back to McDonald’s … even if it was for summer or a couple of months,” she said.

With a 4.0 GPA, she eventually transferred to UCLA, where she was awarded enough in scholarships to pay for tuition, books and even rent. She graduated in 2019 and is now working on her master’s at Johns Hopkins University.

When she first learned she was accepted on the Blue Origin flight, which Space for Humanity captured on video, she cried and then said, “My mom is gonna freak out!”

When it came time for the launch, and Echazarreta was allowed only one guest. She chose her mom, Liliana Martin.

“She would always say, ‘You can do it. Go do it,’ even if we said the most ridiculous things, like going to space,” she said, laughing.

Echazarreta, was one of six aboard the Blue Origin’s New Shepard rocket for the 90 minute flight, and was allowed to bring just three pounds worth of items due to weight constraints in the capsule.

The newlywed, who married her community college sweetheart last spring, brought her husband’s wedding ring aboard, along with jewelry from her family, currency — both American, and Mexican, to represent her adopted country and her homeland — and a space suit-wearing teddy bear, a Kennedy Space Center souvenir.

Her future goals — besides going to the moon — are to help those in STEM fields, particularly minorities and girls.

But she’s also been reminded that she’s inspiration to boys too.

A mom recently reached out via Twitter to let Echazarreta know her young son learned of her space flight and asked: “Are boys allowed to become astronauts too?”