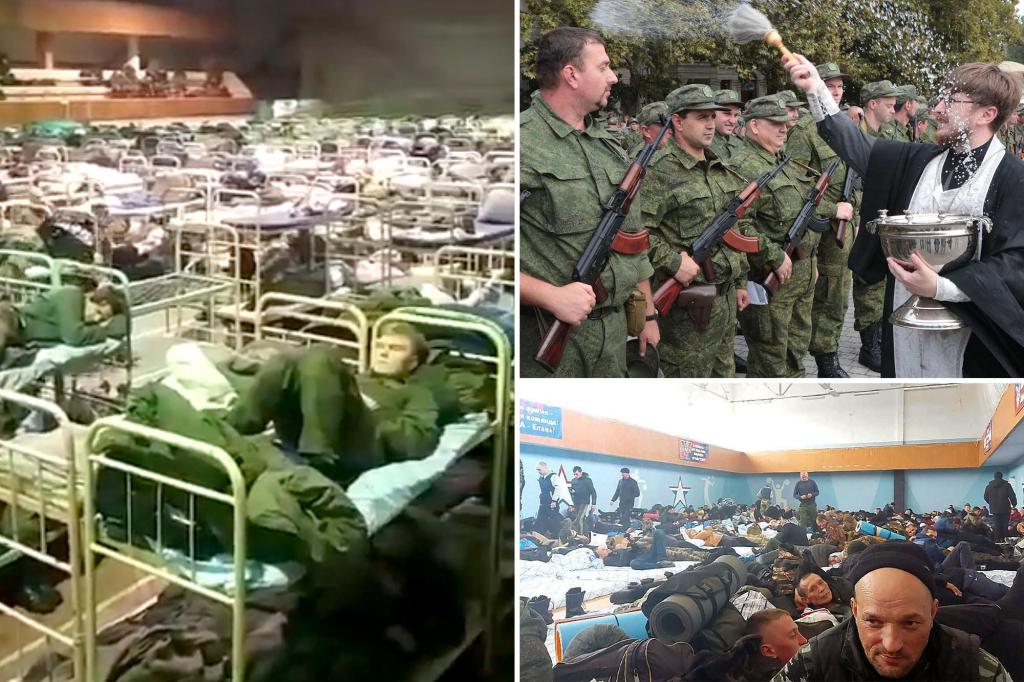 Russian President Vladimir Putin’s military conscription has sent ill-prepared troops into battle with scant equipment — and is bringing them home in body bags.

The Kremlin’s so-called “partial mobilization” has been winding down this month, military experts said, after sparking mass protests, several violent outbreaks, and a mass exodus of fighting-age men from Russia.

The plan intended to send hundreds of thousands of reservists to the front lines in response to a successful Ukrainian counterattack in eastern and southern Ukraine.

The untrained Russian soldiers, however, clashed with Ukraine’s highly motivated and well-equipped army.

Some draftees said on social media that they were deployed mere days after receiving mobilization notices — despite Kremlin assurances of training.

Natalya Loseva, deputy editor-in-chief of state-run media outlet RT, confirmed last week the death of her friend Lyosha Martynov, a 28-year-old civil servant who had been mobilized in late September.

“In his youth, he served in the Semyonovsky regiment,” she said in a Telegram post, referencing a guard unit that provides Kremlin security.

“Zero combat experience,” she said of her friend. “[He] was sent to the front almost a few days later [after his mobilization.]”

“Military leaders, now is not the time to lie,” she admonished.

“Does [Siberian regional governor Alexei] Teksler, perhaps, have a desire to check why the boys ended up at the front lines in just a week and died with no training and no necessary equipment?” user Anyuta Stepanova posted to Russian social network VKontakte, the paper reported.

“You told us that there would be training, that they would not be sent to the front line in a week. Did you lie again?”

The accounts stand in stark contrast to the official Kremlin line.

Russian defense minister Sergei Shoigu told reporters earlier this month that the mobilized draftees were currently training across 80 different firing ranges across Russia, preparing for the battle ahead.

“I can say that they are equipped with the latest technology, they were given modern machine guns, ammunition, body armor, means of protection,” a soldier identified only as Magomed, a deputy regimental commander, said in the video. “In principle, the personnel are fully equipped, ready, and eager to join the ranks of the fighting units to destroy the enemy.”

The BBC’s Russian Service last week published the account of one conscript, convalescing in a Sevastopol hospital after a battle that killed five of his comrades.

“The first day we arrived [at the front], without having ever used a gun, we were deployed in an assault group with only two grenade launchers – we were pure cannon fodder,” he told a friend in a phone conversation shared with the BBC. “I had to read a manual on how to use [the grenade launchers].”

“The servicemen speak about their command in such a way that it cannot be quoted, they claim that they have never even been to the firing range, and they had to dig in on the front line with bayonet-knives,” the BBC reported.

Putin said Friday that some 220,000 troops had been mobilized so far, and said he would be ending the wildly unpopular draft within weeks.

“This work is coming to an end,” he said. “I think that in about two weeks all the mobilization activities will be finished,” he said.

The exact number of conscripts is difficult to determine, however. While the initial mobilization announcement mentioned 300,000 troops, the actual order placed no limit on the number to be called up. Some Russian media reports indicate as many as 1.2 million Russians could have been pressed into service.

Meanwhile, the conscription has torn through Russian society, prompting protests, shootings, and at least one suicide.

Over the weekend, 11 Russian soldiers were killed and 15 were wounded when two men opened fire at a training ground near the Ukrainian border. Russian authorities called the attack “terrorism,” though the motive for the killings remained unclear. 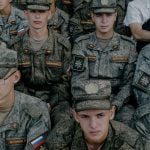 Kaia Gerber’s Alaïa Look Is Worthy of a ’90s Supermodel