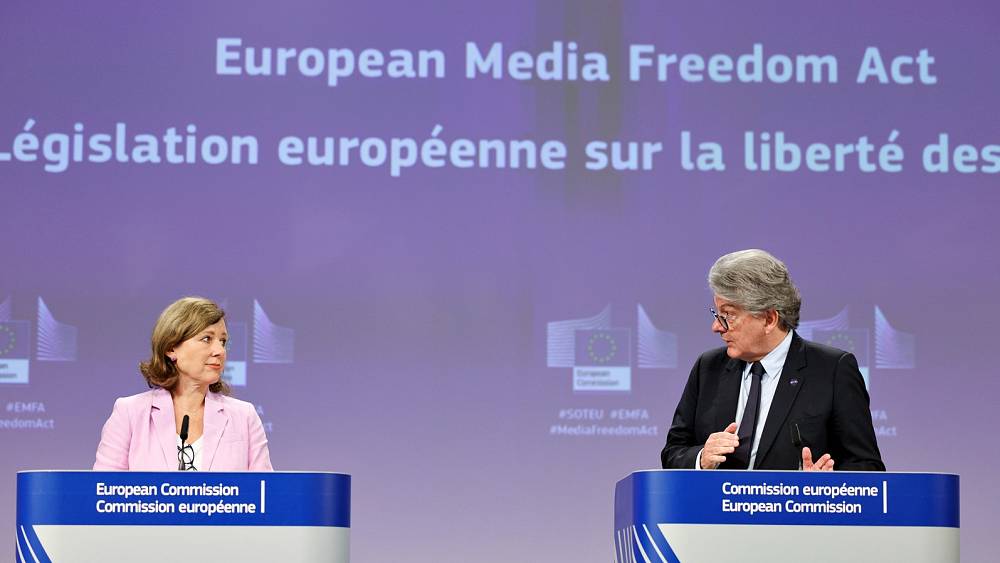 The European Commission has proposed a new law that would prohibit the use of spyware against journalists and state interference in editorial decisions.

The legislation aims to strengthen press freedom, ensure a plurality of voices and increase transparency on media ownership and conflicts of interests.

It comes at a time of decreasing trust in media and increasing threats against news outlets and professionals across the continent.

Several EU countries are under scrutiny over perceived threats to press freedom. The Greek government has admitted to tapping the phone of an investigate journalist; Slovenia has been condemned for slashing funds to the national news agency; and Hungary has been criticised for allowing excessive media concentration in the hands of a few owners.

The last decade has also seen a string of murders of investigative journalists, such as Daphne Caruana Galizia in Malta, Ján Kuciak in Slovakia, Giorgos Karaivaz in Greece and Peter de Vries in the Netherlands

“This is the legislation for the times we live in – not the times we would like to live in,” said Věra Jourová, the Commission’s vice-president for values and transparency, while unveiling the draft law.

Dubbed the Media Freedom Act, the legislation envisions a new set of protections and rights for both journalists and media outlets, together with dos and don’ts for governments.

EU countries will be forbidden from interfering in editorial decision-making, searching and seizing corporate premises, and conducting surveillance operations against journalists and their relatives.

Using spyware to infiltrate and track a journalist’s device will also be banned – systems like Predator and Pegasus have been used to gather personal information, extract files and passwords, and monitor conversations and text messages in real time.

The ban, however, contains a notable exception that can permit spyware “on the grounds of national security.”

EU officials insist the exception was inevitable and has been narrowed down as much as legally possible, placing a high burden of proof on law enforcement to demonstrate their actions are justified.

“Under no circumstances will the activities of a journalist be regarded a risk to national security,” said Thierry Breton, European Commissioner for the internal market, who presented the act next to Jourová.

‘Prevention better than the cure’

The new rules will compel governments to ensure public media receives stable, reliable and sufficient funding to offer audiences impartial journalism, while top-level management positions will have to be appointed through an “open and non-discriminatory” procedure.

The allocation of state advertising, an important source of revenue, should be transparent and proportionate in order to prevent the partisan exploitation of media outlets.

The act also imposes some obligations on media companies: they will be asked to disclose their ownership and the potential conflicts of interests that might influence their editorial line and day-to-day reporting.

A European Board for Media Services will be set up to oversee the act’s implementation, give expert advice and deliver non-binding opinions on how market concentrations can impact the media landscape.

“It is not acceptable and highly problematic that in a proposal intended to protect media freedom the European Commission reveals plans to de facto override the principle of publishers’ editorial freedom (…) as well as the freedom to invest and conduct a business,” the two associations wrote.

Meanwhile, Reporters Without Borders praised the law for introducing new protections for journalists and the right of citizens to receive “pluralistic and independent information for the benefit of the public debate.”

Jourová and Breton stressed the Commission was not trying to regulate media themselves but establish the necessary safeguards to ensure free press can work independently and without undue interference.

They argued the act provides the executive with a legal basis to launch legal action against member states who violate the rules, a process that can lead to a ruling by the European Court of Justice and hefty daily fines.

“I have no illusion this is a silver bullet. This requires a collective effort from all sides,” Jourová said. “Prevention is better than the cure.”

The draft law will be subject to amendments by the European Parliament and national ministers. Once the co-legislators reach a compromise text, the Media Freedom Act will be adopted and enter into force.

“This is a matter of great urgency,” said Breton. 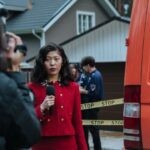 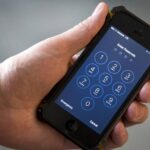 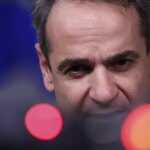 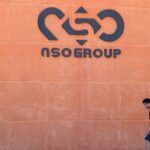