NYC speed cameras to run around the clock beginning Monday 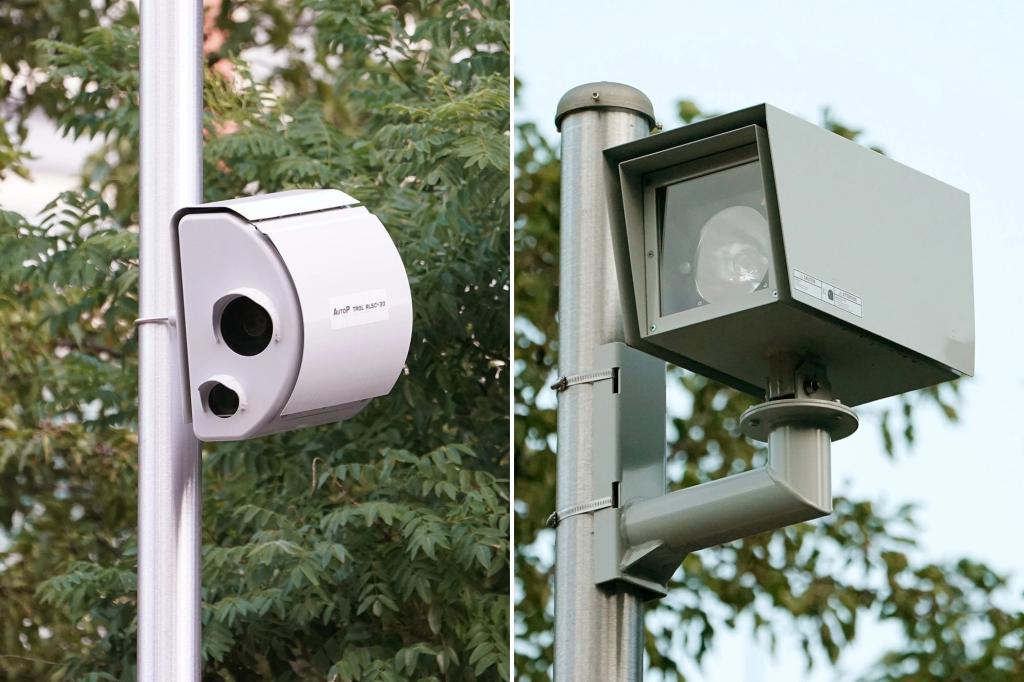 24-hour speed cameras are set to activate Monday morning at 2,000 locations throughout the five boroughs.

“New Yorkers deserve to be safe on our streets 24 hours a day, seven days a week, and keeping our cameras on is a critical step in that direction,” Mayor Eric Adams said last month.

Currently, the cameras only operate between 6 a.m. and 10 p.m., a limitation missed 59 percent of traffic fatalities that occurred during their down time, officials said.

Speed cameras were introduced in 2014, and violators generally only get one or two tickets — a sign that they serve as a deterrent, officials argue.

State lawmakers reached a deal to renew the camera program, which was set to expire at the end of June, and to allow tickets to be issued around-the-clock.

Speed cameras, backers argue, decrease speeding by 72 percent in the areas they are placed.

“Sadly, we know reckless drivers are on our streets 24/7 — so our cameras must be on 24/7 too,” said Deputy Mayor for Operations Meera Joshi last month.