Home News One in Five Canadians Is Now an Immigrant, and the Nation Approves
News

One in Five Canadians Is Now an Immigrant, and the Nation Approves 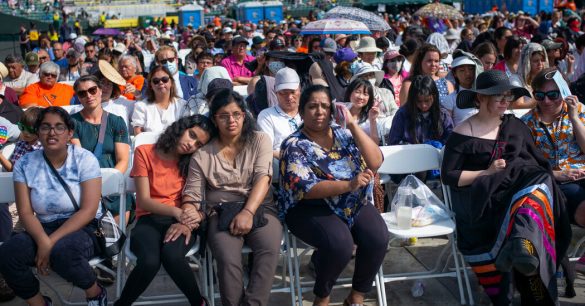 Immigration to Canada has grown so much that this week Statistics Canada announced a new milestone in the country’s history, a wave of immigration so large that it has exceeded even the country’s two previous largest waves.

And according to polling data, most Canadians like it that way, though more tension over immigration could be on the horizon. At a time when immigration has become an increasingly divisive political issue in many Western countries, particularly the United States, indications are that most Canadians are welcoming newcomers even as their numbers rise.

“There is growing recognition that immigration is important in terms of the economy and that immigrants, the country kind of needs them,” Keith Neuman, a senior associate at the Environics Institute for Survey Research, a nonprofit polling firm, told me.

Census data released this week, revealed by Statistics Canada, said that immigrants made up 23 percent of Canada’s population this year, the highest proportion since Confederation in 1867.

If current patterns in immigration remain and Canada’s birthrate continues to be lower than what is necessary to maintain current population, the census agency estimates that immigrants may form 29 to 34 percent of the population 19 years from now.

[Read: With Faraway Migrant Drop-Offs, G.O.P. Governors Are Doubling Down]

To accompany the Statistics Canada announcement, the Environics Institute released a survey of Canadians’ attitude toward immigration. The survey, which dates back in various forms to the 1970s, found a record level of support: 69 percent of people it contacted disagreed when asked if Canada was taking in too many immigrants. Fifty-eight percent said they wanted more immigration to increase Canada’s population.

That positive view of immigration, the survey found, even extended to Quebec despite its adoption of a law banning the wearing of religious symbols by public employees and officials at work, a move that many have seen as targeting Muslim immigrants.

Mr. Neuman and Amyn B. Sajoo, a lecturer at Simon Fraser University School for International Studies who writes extensively about immigration and citizenship, shared some thoughts about the source of the country’s good will toward immigration.

Perhaps at the top of their lists is that geographic isolation from places experiencing high levels of emigration means that the country can be selective about who comes here. There has never been a period when most refugee claimants walked into the country, despite all of the attention once paid to asylum seekers coming into Quebec from New York State. On the whole, Canada chooses who can come.

Then 60 percent of the 431,645 immigrants who became permanent residents of Canada last year fell into the “economic” category. They qualify for that status by being either highly educated, willing and financially able to start a business, possessing a needed job skill or committing to make a substantial investment in an existing business in Canada.

“We filter who can come in as refugees and immigrants,” Dr. Sajoo said. “Therefore, the public has more confidence in the system.”

On top of that, Dr. Sajoo noted the strong approval for Canada’s official multiculturalism policy. In the Environics Institute survey, an overwhelming 90 percent of the respondents said that it was an important part of the Canadian identity.

“More than ever, Canadians are accepting the idea that we’re better off in a pluralist, democratic space,” he said. “That we’re not just an Anglo-French demographic.” The growing awareness of Indigenous issues since the Truth and Reconciliation Commission, Dr. Sajoo added, has also increased this sentiment.

While the Environics Institute survey found that Conservative voters make up the largest number of people who think there is too much immigration, Pierre Poilievre, the leader of the Conservative Party, has focused on wooing immigrants and regularly reminds voters that his wife, Anaida, emigrated to Canada from Venezuela with her family at the age of 8.

But before Canadians become too self-satisfied about their openness to immigration, Dr. Sajoo said that one finding in the survey suggests the country is not fully immune to some of the political sentiment growing in other nations.

Respondents were almost evenly divided when asked if there are too many immigrants “not adopting Canadian values.” Forty-nine percent rejected that statement, 46 percent agreed with it.

“There is a flattering, fairy tale narrative that we’re wonderful and all is good,” Dr. Sajoo said. “But there is not at all enough attention to that 50/50 split on Canadian values,” he added, saying it “suggests that populism and populist rhetoric, supremacist rhetoric is coming across the border and also developing locally.”

This week’s Trans Canada section was compiled by Vjosa Isai, a reporter-researcher for The New York Times who is based in Toronto.

A native of Windsor, Ontario, Ian Austen was educated in Toronto, lives in Ottawa and has reported about Canada for The New York Times for the past 16 years. Follow him on Twitter at @ianrausten.

How are we doing?
We’re eager to have your thoughts about this newsletter and events in Canada in general. Please send them to [email protected] 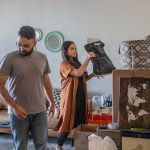 Griner’s release puts a spotlight on Paul Whelan, another American imprisoned in...

Kremlin denies report that Putin fell down stairs, soiled himself