Home » One of Ukraine’s richest businessmen is killed in the port city of Mykolaiv.
News

One of Ukraine’s richest businessmen is killed in the port city of Mykolaiv. 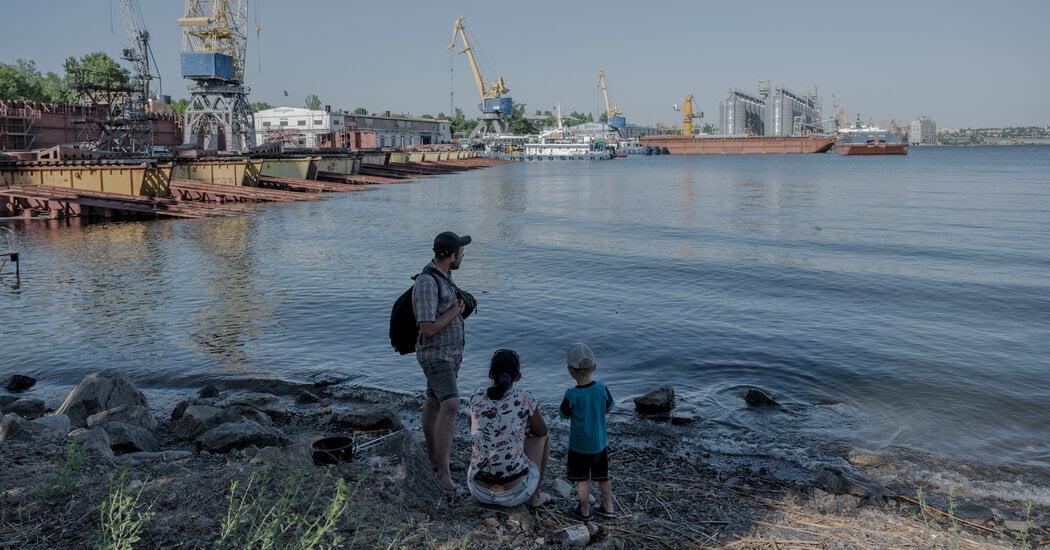 MYKOLAIV — The first air raid alarm rang out over Mykolaiv at 1:01 a.m. and for the next four hours, explosions thundered as Russian missiles rained down on this already battered southern port city.

By dawn, a hotel, a sports complex, two schools, a service station and scores of homes were in ruins and emergency crews raced between blast sites were working to establish the full casualty count. But one of Ukraine’s richest businessmen, Oleksiy Vadaturskyi, and his wife were among the dead after what President Volodymyr Zelensky called “one of the most brutal shellings” since the war began.

Mr. Vadaturskyi’s company, Nibulon, confirmed that he and his wife, Raisa, died in their home.

Tributes to Mr. Vadaturskyi — who had been declared a “Hero of Ukraine” more than a decade ago for his contributions to society — poured in from across the country as news of his death spread. Mr. Zelensky called it “a huge loss for Mykolaiv and for all Ukraine,” later referring to Mr. Vadaturskyi as a “hero.”

Mr. Vadaturskyi made his fortune in the agricultural industry: His company, Nibulon, has built storage facilities and infrastructure necessary for exporting grain.

He was killed just as the first shipments of grain since the beginning of the war in Ukraine were being loaded onto freighters at Ukrainian ports on the Black Sea after a monthslong blockade. On Sunday, Turkey — which along with the United Nations helped broker a deal to get the grain moving — said the first ship carrying grain was expected to leave the port of Odesa as soon as Monday morning.

It was not clear if Mr. Vadaturskyi was directly targeted or if he was, like thousands of civilians killed by Russian bombs, just in the wrong place at the wrong time.

Firefighters on the scene of the strike said that the remains of the Vadaturskyis were pulled out from the basement of the family home, which had been reinforced with sandbags. Images of the scene that were shared with The New York Times showed that a large chunk of the house was missing from what looked like a direct hit.

Oleksandr Senkevych, the city’s mayor, said on Telegram that the overnight strikes were perhaps the heaviest bombardment his community has endured since the first days of the war.

Mykolaiv has been the target of unrelenting aerial assaults since the Russians failed in their attempt to capture the city in their drive toward Odesa, Ukraine’s main port.

Born in the Odesa region on Sept. 8, 1947, Mr. Vadaturskyi was the child of collective farmers, according to a 2016 interview with the U.S.-Ukraine Business Council.

During the Soviet era, he specialized in bread production and distribution. He founded Nibulon in 1991 and, over three decades, grew it into one of Ukraine’s most successful enterprises.