Palestinian Citizens of Israel Debate Whether It’s Worth Voting 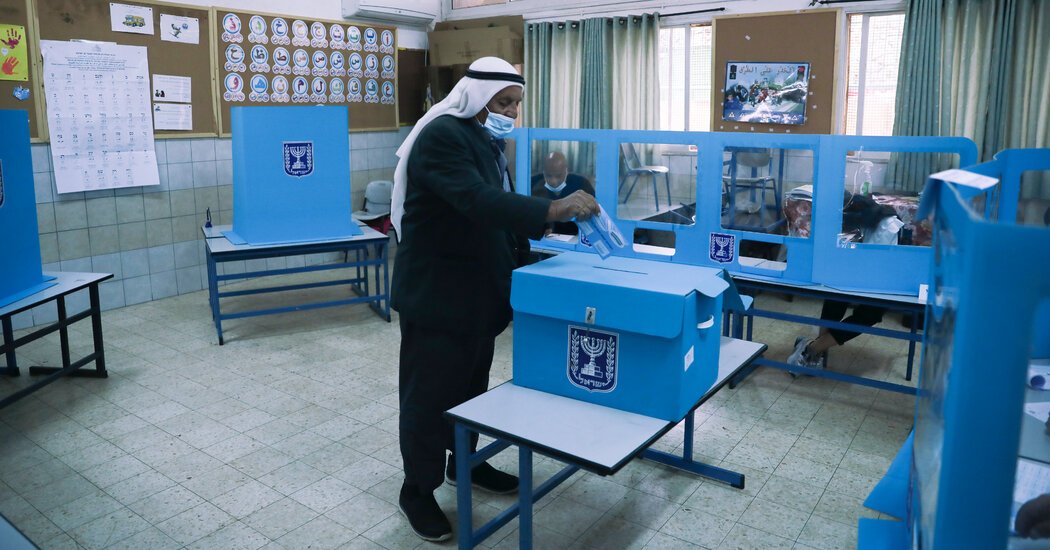 KHASHAM ZANA, Israel — A new school in portable buildings, a paved road that reaches only halfway into the village, and a sign in Arabic, English and Hebrew are the only indications of recent improvement in the Bedouin village of Khasham Zana in southern Israel.

Like many other Palestinian Bedouin villages in Israel, it has existed for decades without state recognition of land ownership claims, leaving residents at constant risk of home demolitions and without basic services and infrastructure.

Last year, when an independent Arab party, Raam, made history as the first to join an Israeli governing coalition, it pledged to address the plight of these villages.

But when the government of Prime Minister Naftali Bennett collapsed in June, precipitating Israel’s fifth national election in less than four years on Tuesday, Raam and its leader, Mansour Abbas, had delivered on few of their electoral promises. And in places like Khasam Zana, the impact has been minimal.

Raam’s inclusion in the government was welcomed by many Palestinian citizens of Israel who saw it as an important step in securing their rights. But now, many Palestinian-Israeli voters say they are disillusioned. Some are questioning how much they can realistically benefit from political engagement in a parliament that, four years ago, passed a controversial law that enshrined the right of national self-determination as “unique to the Jewish people” rather than all Israeli citizens.

Palestinians as well as Israeli centrists and leftists condemned the law as racist and anti-democratic, and it was criticized by the European Union and rights groups including Human Rights Watch.

Tuesday’s elections for the 120-seat Parliament, or Knesset, could see record low turnout among Israel’s 1 million Palestinian voters who hold Israeli citizenship. They account for about 17 percent of the country’s possible voters, but a public opinion poll in early October for Israeli public television’s Arabic-language Makan channel found that less than 40 percent of Arab voters planned to take part in the election.

“The frustration is at its highest, maybe because we tried to enter the government and nothing changed,” said Mirvat Abu Hadoba-Freh, 33, a former high-school civics teacher now doing a doctorate on political awareness among minority communities, including Palestinians.

“This election, I hear educated people say they have gotten fed up. They don’t feel like there is anything encouraging them to vote,” she said.

Though the majority of Palestinian citizens of Israel are in favor of integration and greater involvement in government, voter turnout has largely been on a downward trend over the past decade, said Khalil Shikaki, director of the Palestinian Center for Policy and Survey Research, a polling organization in Ramallah.

“More and more people say what is the point in participating if nothing changes, essentially,” he said. “Obviously, it’s not fair to judge what Mansour Abbas and his party have done in a single year, but that’s what people have to go by and people’s assessment is it wasn’t worth it,” he added, referring to the leader of Raam.

Raam’s green campaign banners hang along the entrance of Khasham Zana village with different slogans playing off its campaign theme of being closer to the pulse of the street.

“Closer to be effective,” reads one. “Closer to combating racism,” reads another.

But Ms. Abu Hadoba-Freh says Raam’s brief time in office has helped put into perspective for Palestinian voters what can realistically be accomplished.

“We as Arab voters, we may be able to send our leaders to the Knesset, but we don’t know if it will have much of an impact,” she said. “It may affect local budgets and services, but things like the discrimination against Arabs, this is impossible to change unless the country changes.”

Raam promised to secure the official recognition of Khasham Zana and two other villages — homes to Bedouin, Palestinian communities that were once seminomadic — and said it also intended to prepare a plan to deal with dozens of other unrecognized villages in Israel’s Negev Desert.

But that has not happened, and few other improvements have taken place in a village where, besides the school and half-finished road, there is no other infrastructure. Though power lines run alongside the edges of Khasham Zana, there is no state-supplied electricity, and residents must rely on solar power. There are no sewers or garbage collection. Running water comes from water tanks and pipes that residents installed themselves.

Ms. Abu Hadoba-Freh comes from another unrecognized village, Wadi Samara, where residents face home demolitions and must rely on themselves for almost all services including setting up solar panels for electricity.

She voted in the past four elections. But she is questioning whether she will vote again this time.

Even before Raam, more Palestinian voters were beginning to question their involvement in the Parliament, said Mansour Nasasra, a professor of politics at Ben Gurion University of the Negev, especially as there has been no progress on other key issues of importance to the Palestinians, including rising violence within the Arab community and increased attacks and police raids on holy sites.

Those reservations have only increased with an Arab party in government, he said.

Mr. Bennett’s governing coalition needed Mr. Abbas and his party to form a coalition, hailed at the time as a sign of national unity. But some Palestinians say they don’t feel they got enough in return for one of their parties joining the government.

Dr. Kayed al-Athamen, a hematologist and community leader from Khasham Zana who supports Raam, acknowledges that the past year’s accomplishments have been minimal. But he still encourages his fellow villagers to vote. He said he explains to them that political engagement is a long game and that they cannot be discouraged because the first Arab party in government was not as successful as they may have hoped.

“We ‘re not going to solve the Palestinian cause in the Knesset,” he said. “But if we have four or five parliamentarians, we can make progress in terms of getting services.”

Mr. al-Athamen, 43, is also banking on the idea that even if some Palestinians might not be motivated by progress, they might vote anyway because of the potential negative consequences of staying away from the polls.

This election could lead to a political comeback for Benjamin Netanyahu, the right-wing prime minister who left office last year amid corruption charges, and with him bring even more radical figures into government, namely Itamar Ben-Gvir, a far-right lawmaker.

If Arab voter turnout surpasses 50 percent, they would constitute an important voting bloc that could help decide what the future government looks like, Mr. al-Athamen said he tells people. That might include keeping Mr. Ben-Gvir out of government, he said.

“If not, then it will be a government for Netanyahu, and the situation for Arabs will be even worse,” he said. 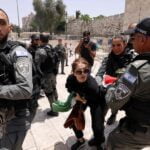 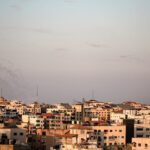 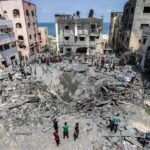 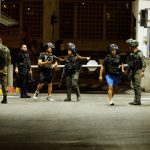 How to Create a Comic Strip Using Comicgen and Google Slides

7 Recipes that Make Broccoli the Star