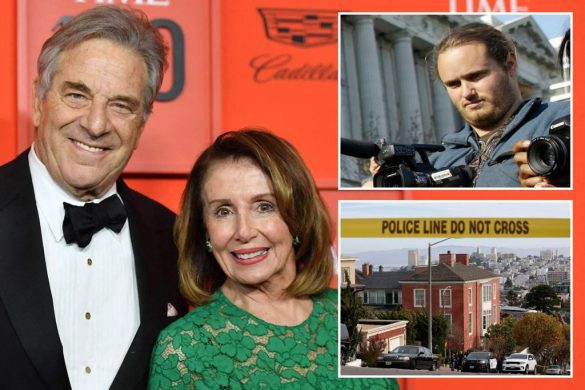 Paul Pelosi is recovering from the horrifying hammer attack that left him with a fractured skull, his son said.

The elder Pelosi, husband of House Speaker Nancy Pelosi, underwent surgery after being attacked inside his home early Friday by a loon with a hammer who ranted, “Where’s Nancy?”

David DePape, 42, could be charged as early as Monday with attempted murder, assault with a deadly weapon, elder abuse, burglary and “several other additional felonies,” said police, with his first court appearance expected on Tuesday.

Nancy Pelosi was in Washington, DC, at the time of the assault.

The unhinged attacker was described by his stepdaughter as a “monster” who sexually abused his kids, she wrote online.

DePape was “consumed with darkness,” Inti Gonzalez charged on Facebook after his arrest.

“This attack on Nancy Pelosi’s husband came as a shock to me, though not much considering the kind of extreme abuse he had inflicted on me and my brothers,” Gonzalez wrote.

DePape “did genuinely try to be a good person,” she wrote – but “the monster in him was always too strong for him to be safe to be around.”

She said her mother, notorious Bay Area nudist and left-wing activist Gypsy Taub, split with DePape in 2014 “because of his toxic behavior.” Gonzalez directed a reporter to her social media post when reached for comment.

DePape had been living in a dilapidated yellow school bus on the street in front of Taub’s Berkeley home, said neighbors who described him as otherwise “homeless.”

A Black Lives Matter sign and a flag combining pot-leaf symbols and the LGBTQ rainbow decorate the debris-strewn property. Out front, an unpainted wooden fence sports a hand-lettered sign: “News Reporters Go Away.”

“He usually kept to himself,” neighbor Ryan La Coste told The Post. “He would just give us a blank stare when we would walk by. We tried to stay clear of him.”

La Coste said he “wasn’t surprised at all” when he learned of DePape’s arrest.

“Another crazy story coming from someone in that house,” La Coste said. “They are always on the news and trying to be ‘activists.’ They always want to be in the spotlight.”

DePape’s disturbing online activities appear to have included posts on an array of conspiracy theories, as well as anti-Semitic comments.

President Biden on Saturday continued to claim — without evidence — that the horrifying hammer attack was motivated by Republican rhetoric casting doubt on the results of the 2020 presidential election, asserting “this talk produces the violence.”

Another neighbor, Margarita Gonzalez, said DePape “is homeless … but I never seen him being violent,” she told The Post. “He never had work.”

“Maybe there’s a mental problem with him,” she suggested.

Meanwhile, local law enforcement praised Paul Pelosi for his quick thinking on the night of the attack.

Pelosi managed to call 911 from his bathroom, where he was charging his phone, and use coded language to alert the dispatcher to his dire situation without DePape’s knowledge, according to reports.

“What’s going on? Why are you here? What are you going to do to me?” Pelosi allegedly said in order to alert 911 to the emergency without tipping off DePape to the call, according to CNN.

The dispatcher, Heather Grimes, had sensed something was wrong with the situation and ordered officials to conduct an expedited wellness check on the home.

As officers arrived at the scene, Pelosi attempted to grab the hammer out of DePape’s hands. DePape allegedly hit Pelosi over the head with the weapon in a scuffle.

Aerial photos of the Pelosi property appeared to show shards of broken glass littering the brick walkway outside a shattered French door, as if it had been broken from the inside out. San Francisco police declined to comment.

Local police, who said they’re working with the US Capitol Police and the FBI to investigate the attack, also declined to comment on a report from a California television station, later retracted, that DePape was clad only in underwear during the attack. 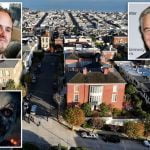 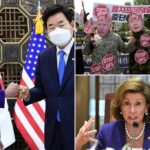 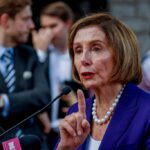 Make Easy, Free Halloween Decorations With Things You Already Own

Paul Pelosi attends Kennedy Center Honors in first appearance since...
3 mins ago
FBI warned Twitter during ‘weekly’ meetings of Hunter Biden ‘hack-and-leak...
1 hour ago
6 Google Tools You Should Use to Plan the Perfect...
2 hours ago