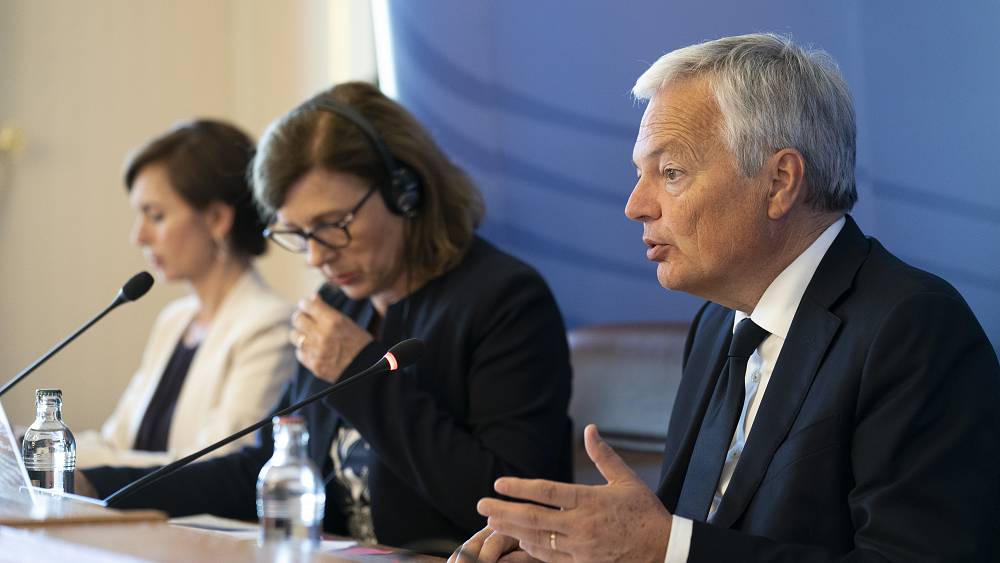 Poland and Hungary are once again in the spotlight over the rule of law, with the European Commission saying serious concerns remain.

According to the Commission’s annual report on the rule of law, released Wednesday, countries such as Poland have failed to improve rule of law.

The EU institution recently approved Warsaw’s pandemic recovery plan – worth €35.4 billion (€23.9 billion in grants and €11.5 billion in loans) – in a bid to force changes, but many of them remain cosmetic, it said.

The eastern European country is now facing a daily fine of €1 million imposed by the European Court of Justice (ECJ) for the situation with its own judiciary, with an accumulated total of at least €300 million.

“We continue to ask to pay the fine, but the goal is not the fine. The goal is the full implementation of the requirements of the Court of Justice and if it’s the case it will be possible to stop the procedure,” Didier Reynders, the European Commissioner for Justice said.

‘No incentive to change’

According to Garvan Walshe, an analyst at Martens Centre, the fines themselves won’t change the long-standing situation over rule of law concerns.

“Unless money is withheld, there’s not going to be an incentive for these governments to change,” Walshe told Euronews.

“But in the case of Poland, there is a political question. Does Poland deserve more support because of what it’s been doing over Ukraine? Is it important to keep Poland stable because of its vital strategic position related to the war in Ukraine?

“These are legitimate questions that from a political perspective, the Commission can consider, but it means that enforcement of the rule of law suffers.”

Unlike Warsaw, Budapest has no hope of seeing its pandemic recovery plan approved anytime soon, which would give it €7.2 billion in grants. But it is now starting to feel the lack of EU funds though, according to Walshe.

“This shows that the withdrawal of money is working. Hungary’s government is finding it difficult to raise funds. They know they need this money and that’s why they’re engaging in these foolish domestic political initiatives,” Walshe said.

Despite all EU countries receiving recommendations to improve their judiciary and/or their media freedom, Commissioner Reynders said he has seen many member states improve their situations.

SMART PAINTING HACKS AND ART IDEAS YOU WILL LOVE