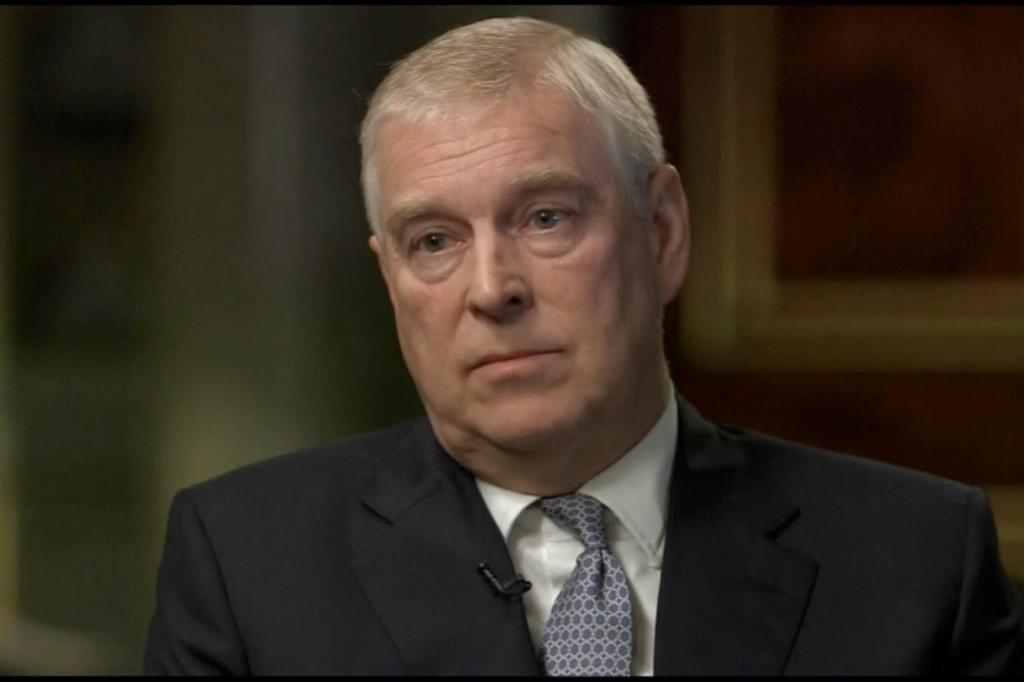 Prince Andrew was photographed “laughing his head off” while denying allegations of raping an underage girl during an infamous 2019 interview because he “thought it had gone very well.”

The unreleased photo of the Duke of York’s Buckingham Palace interview, snapped by a BBC photographer, would further “embarrass” the royal family if became public, a source told The Sun Saturday.

Queen Elizabeth II stripped her son of his military affiliations and royal patronages after he defended his relationship with convicted sex offender Jeffery Epstein to Newsnight correspondent Emily Maitlis and indignantly scoffed off allegations of rape.

Andrew, 62, maintained he couldn’t have sexually assaulted 17-year-old Virginia Giuffre in 2001 because he was at a British pizza parlor with his daughter Princess Beatrice at the time — and suffered from a medical condition that prevented him from sweating. Giuffre had contended he was “sweating profusely.”

“It’s a still picture showing Emily interviewing Andrew. You can see his face and he’s laughing,” the source reportedly said.

“People will feel it was reckless for him to laugh during such a sensitive interview, but he probably didn’t realize the seriousness or consequences of laughing or how it would look on camera,” the source continued, according to The Sun.

“You have to bear in mind that after the interview, he thought it had gone very well — only to be subsequently hit by a wave of negative reaction.”

The prince reportedly pushed to keep Mark Harrison’s damning photo of the interview private, but the photographer has teased it might be released in conjunction with an upcoming film about the trainwreck interview.

He settled with Giuffre for an estimated $12 million in February after she accused him of attacking her three times, including once at Epstein’s Manhattan mansion.

The disgraced prince admitted no wrongdoing in the agreement and refused to cooperate with US prosecutors. He also said he had no memory of ever meeting Giuffre and claimed a picture of him holding her waist was edited.