Home News Putin stays silent on the Kherson withdrawal order, as others parse his motive.
News

Putin stays silent on the Kherson withdrawal order, as others parse his motive. 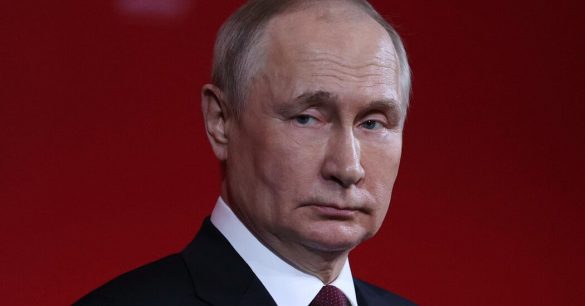 Many of the Russian cheerleaders of the invasion of Ukraine on Wednesday cast the defense minister’s order to withdraw from Kherson City as a monumental defeat — Moscow’s most devastating, according to one of them, since the fall of the Soviet Union.

The announced retreat crystallized the failures of President Vladimir V. Putin’s war effort. It would be a humiliating loss of the largest Ukrainian city that Russia had seized in its nine-month invasion, coming just weeks after Mr. Putin declared it to be an irrevocable part of Russia in a bombastic celebration on Red Square.

But analysts who follow Mr. Putin closely saw the order as a reminder of something else: Mr. Putin’s willingness to make tactical concessions in what he sees as a large-scale conflict with the West that, according to people who know him, he believes he can still win.

“This just confirms, in my view, how pragmatic Putin is,” Tatiana Stanovaya, an analyst who studies Mr. Putin for her political analysis firm R.Politik, said in a phone interview. “He’s not as crazy as we thought.”

Mr. Putin himself was silent on the matter, allowing his officials to do the talking. Instead, Mr. Putin toured a neurological hospital and spoke at an event commemorating the 75th anniversary of Russia’s national public health institute, praising it for fighting the coronavirus and helping care for “our heroes” in Ukraine.

The announced retreat came a week after Mr. Putin agreed to rejoin the agreement allowing the shipment of Ukrainian grain through the Black Sea, reversing course after Russia threatened to block it in retaliation for a drone attack on the headquarters of Russia’s Black Sea Fleet in Crimea that it attributed to Ukraine, but which Kyiv denied. And it comes as people close to the Kremlin are increasingly speculating about the possibility of a cease-fire agreement with Ukraine and highlighting reports in the Western news media that Washington was encouraging Kyiv to be open to talks.

“There’s a certain logic here,” Andrei Kortunov, director general of the Russian International Affairs Council, a research organization close to the Russian government, said of the order to retreat from the west bank of the Dnipro River.

By shifting to the river’s more defensible east bank, Mr. Kortunov said, the Russian military was seeking to enable what he described as the Kremlin’s top near-term priority: a “stabilization, a fixation” of the front linet.

Militant rhetoric was emanating from Moscow just weeks ago, when the Kremlin’s annexation of four Ukrainian regions it only partly controls — including the Kherson region — appeared to signal a major escalation of the war and possibly a prelude to the use of nuclear weapons.

But since then, Mr. Putin has dialed back his nuclear rhetoric, and on Wednesday some of Russia’s most influential pro-war voices voiced support for the Kherson withdrawal.

Ramzan Kadyrov, the strongman ruler of the Russian republic of Chechnya, described it as a “difficult but right choice between senseless sacrifices for the sake of high-profile statements and saving the priceless lives of soldiers.”

Yevgeny Prigozhin, the business magnate who runs the private army known as the Wagner Group, said it was now important “not to agonize, not to writhe in paranoia, but to draw conclusions and work on mistakes.”

Those statements were a sign that the Kremlin had carefully laid the propaganda groundwork for the withdrawal, seeking to avoid the sort of internecine sniping that followed Russia’s chaotic retreats earlier this fall in eastern and northern Ukraine.

Still, it did not silence the hawks’ outrage entirely. One pro-Kremlin analyst, Sergei Markov, described the retreat as “Russia’s biggest geopolitical defeat since the moment of the collapse of the U.S.S.R.” 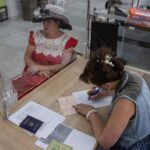 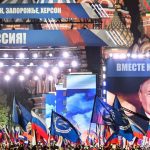 What to Do With the Time We Get