Outgoing Upper East Side Rep. Carolyn Maloney (D-NY) is being probed by ethics investigators for potentially violating House of Representatives rules and federal law by requesting tickets to the Met Gala in 2016, the chamber’s Ethics Committee revealed Monday.

The 76-year-old Maloney, whose three-decade run in Congress came to an end at the hands of fellow Rep. Jerry Nadler in a nasty August primary brought about by redistricting, called former museum President Emily Rafferty in March 2016 to beg a ticket to that year’s edition of the star-studded event after she was left off the guest list, according to a damning report from the Office of Congressional Ethics.

The OCE report included an April 2, 2016 email from Rafferty to Met executives in which she said Maloney was “unhappy to say the least that she is not receiving an invitation to the Party of the Year.”

“She went on about how much she does for the Met, always responsive when you call and proactive re the institution’s concerns in DC,” Rafferty wrote. “She has been coming to the party for years and it is the one thing she cares about … For what it is worth, I highly recommend you include Carolyn, [then-New York City Comptroller] Scott Stringer and his wife in your 80 allotted spaces.”

While going to a charitable event for free is not barred by House rules if the invitation is unsolicited, the solicitation of free tickets is not allowed.

A 2018 email from Tom Schuler, the museum’s former chief government relations officer, indicated that Maloney’s tantrum had earned her a permanent spot on the guest list.

“We have ultimately secured one seat for her each year,” Schuler wrote.

The OCE report also indicated that the gala was often top of mind for the lawmaker in subsequent years.

“Did we hear from the Met on the Met Ball? Am I invited this year??” a February 2020 email from Maloney to a staffer reads.

When the staffer responds that Maloney has not yet been invited to the glitzy showcase, and that a meeting with Schuler was being planned to solicit an invite, Maloney responds, “How do I call him?”

The event was ultimately scrapped that year due to the onset of the COVID-19 pandemic.

The OCE report concluded that there was “substantial reason to believe that Rep. Maloney may have solicited or accepted impermissible gifts associated with her attendance at the Met Gala.”

The House Ethics Committee announced Monday that the matter had been referred by the OCE in June of this year and the committee had voted last month to extend its review.

“The Committee notes that the mere fact of conducting further review of a referral, and any mandatory disclosure of such further review, does not itself indicate that any violation has occurred, or reflect any judgment on behalf of the Committee,” the panel noted.

The star-studded Met Gala is an annual fundraiser held for the Metropolitan Museum of Art’s Costume Institute. Tickets to the event run to $35,000 apiece and according to Vogue, Anna Wintour, the longtime editor-in-chief of the fashion magazine, personally approves each of the more than 500 invitees.

Attorneys for Maloney said in a statement that her attendance at the Met Gala “was appropriate and complied with all applicable House gift rules, laws, and regulations. In addition, Chairwoman Maloney did not impermissibly solicit an invitation to these events.” 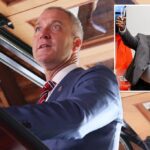 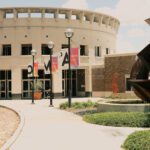 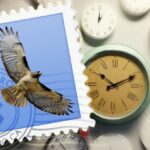 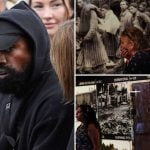