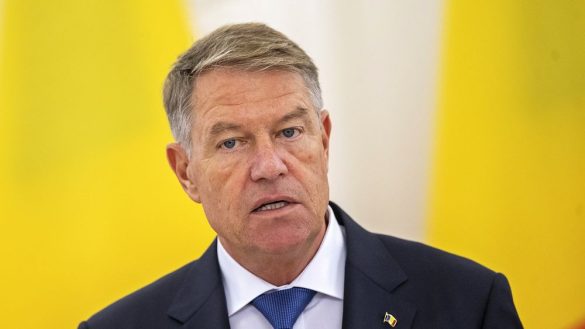 “A single member state chose to ignore these realities and block European unanimity, in an inexplicable way that is difficult to understand for the entire European Union,” Iohannis said in a reaction statement, a translated copy of which was shared with Euronews.

“The regrettable and unjustified attitude of Austria in (Thursday’s) meeting risks affecting European unity and cohesion, which we need so much, especially in the current geopolitical context,” he added, referring to Russia’s war in Ukraine.

In a high-stakes meeting of interior ministers in Brussels, Austria was the only country that opposed Romania’s –and Bulgaria’s –admission into Schengen, the passport-free area that has abolished border checks between the vast majority of EU member states.

The Netherlands endorsed Romania’s bid but came against Bulgaria’s over rule-of-law concerns.

On the other hand, both Austria and the Netherlands approved Croatia’s candidacy, a country that entered the European Union six years after Romania. Croatia will join Schengen as of January 2023.

Thursday’s negative outcome was a heavy political blow for Bucharest, which had gathered strong support from the European Commission, the European Parliament and most EU countries, including the bloc’s two heavyweights, France and Germany.

The Commission has repeatedly insisted Romania is ready to be part of Schengen after having fulfilled all technical and legal conditions, including border management and police cooperation.

“The citizens of Bulgaria and Romania deserve to be fully part of the Schengen area,” Ylva Johansson, European Commissioner for home affairs, said on Thursday.

But none of this was enough to overcome Austria’s veto.

Vienna argues that a new influx of asylum-seekers through the Western Balkans route is a reason strong enough to postpone Schengen enlargement.

The country says it has received 75,000 unregistered migrants this year, a number that poses a “security issue that we cannot wipe away,” according to Austrian Chancellor Karl Nehammer.

In the days prior to the vote in Brussels, President Iohannis and other Romanian officials tried to counter Austria’s arguments, saying there was no “uncontrolled” flow of migrants passing through the country and that Romania was well prepared to defend Schengen’s external borders.

Iohannis and Nehammer, who belonged to the same political family, the centre-right European People’s Party (EPP), met as recently as Tuesday, during an EU-Western Balkans summit in Tirana, Albania.

“(The) lack of consensus regarding Romania’s accession to Schengen, due to Austria’s opposition, is profoundly unfair for our country and for Romanian citizens,” Iohannis said on Thursday, after the negative outcome.

In his reaction statement, Iohannis thanked all the member states who backed his country’s long-stalled Schengen bid and vowed to act “responsibly” to strengthen the EU’s internal security.

“Dear Romanians, Romania does not stop here!” the president wrote. “Schengen accession is our strategic objective and we will not stop until we achieve it.”

Schengen enables cross-border travel without the need to carry a passport or pass through border controls. It currently encompasses 26 countries, including 22 EU member states, and almost 420 million citizens.

Joining Schengen is a legal obligation for every EU country.

Only Ireland, which negotiated an opt-out clause decades ago, and Cyprus, which remains split between north and south, have not applied to enter the passport-free area.

How to Create and Use an Omoji on Your OnePlus Device