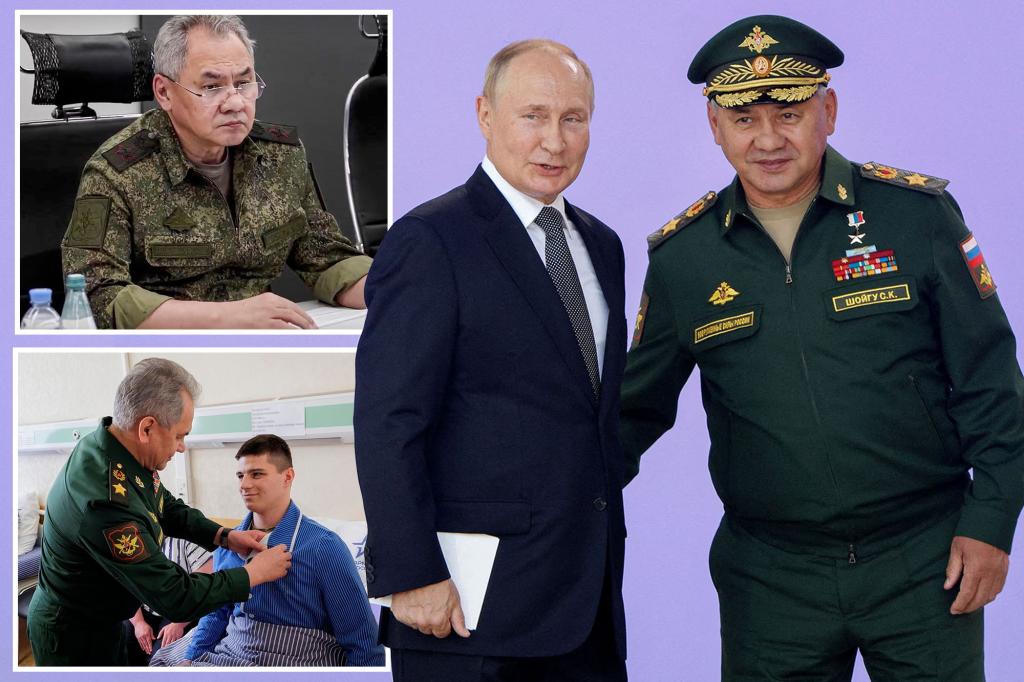 Russian Defense Minister Sergei Shoigu is being sidelined by President Vladimir Putin after failing to deliver a quick and decisive victory in the Ukraine war, according to British intelligence.

The UK Ministry of Defense reported in an intelligence bulletin on Monday, citing independent Russian media reports, that military commanders have taken to briefing Putin directly on the progress of the war, which has stalled and is now in its seventh month.

The tweeted update also alleged that “Russian officers and soldiers with first-hand experience of the war probably routinely ridicule Shoigu for his ineffectual and out-of-touch leadership.”

British intelligence suggested that Shoigu, who for years had worked in the construction industry before entering politics, “has likely long struggled to overcome his reputation as lacking substantive military experience.”

Shoigu, 67, is the longest-serving minister in the Russian government, having helmed the Ministry of Emergency Situations from 1991 until 2012, when he was tapped by Putin to head the Ministry of Defense.

In that capacity, Shoigu led Russia’s annexation of Crimea in 2014. He’s long been considered Putin’s close ally and confidante, and a member of the strongman’s tight inner circle.

On the six-month anniversary of the war last week, which coincided with Ukraine’s independence day, Shoigu contended that Russia had deliberately slowed the pace of its military campaign to minimize civilian casualties.

Speaking at a meeting of defense ministers as part of the Shanghai Cooperation Organization, Shoigu said the Kremlin’s so-called military operation “is going according to a set plan” and promised that “all the objectives will be achieved.”

But Ukrainian defense intelligence chief Kyrylo Budanov argued that the real reason for the slowdown was the invading soldiers’ “moral and physical fatigue” from the fighting, which by the latest Western estimates has claimed more than 47,000 casualties, along with thousands of pieces of costly military equipment.

In the early weeks of the war, Shoigu disappeared from public view for several weeks, igniting speculation that he had suffered a heart attack. Russia Fortifies Defenses in Southern Ukraine, Analysts Say
17 mins ago
How to Master the Stoic Mindset for Self-Care and Happiness
35 mins ago
Ireland and France launch new combined ferry and train ticket
47 mins ago