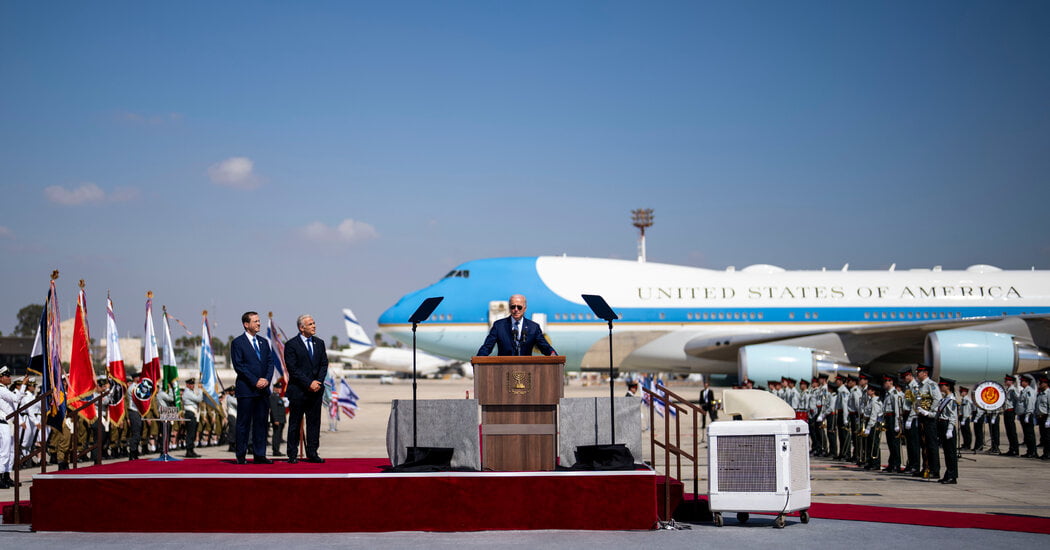 A Secret Service employee working in Israel before President Biden’s visit there this week was sent home late Monday after being briefly arrested by the Israeli police in what the U.S. agency called “a physical encounter,” a spokesman for the Secret Service said on Wednesday.

Agency officials did not provide details about the encounter, but said the allegation did not involve a sexual assault. The employee was “briefly detained and questioned by Israeli police, who released him without charges,” said Steven Kopek, a spokesman for the Secret Service.

Officials said the employee is back in the United States and has had access to Secret Service systems and facilities during an investigation into the incident. Officials said that was standard procedure for such cases.

The incident is the latest in a long series of high-profile cases of Secret Service agents behaving badly during presidential trips.

In 2012, the agency imposed new rules on agents traveling overseas after a scandal in which nearly a dozen agents and several military officials in Cartagena, Colombia, were caught with prostitutes in the days before President Barack Obama arrived for a trip there.

Two years later, a 34-year-old junior agent passed out after a night of heavy drinking in Amsterdam the day before Mr. Obama was scheduled to arrive at the same hotel.