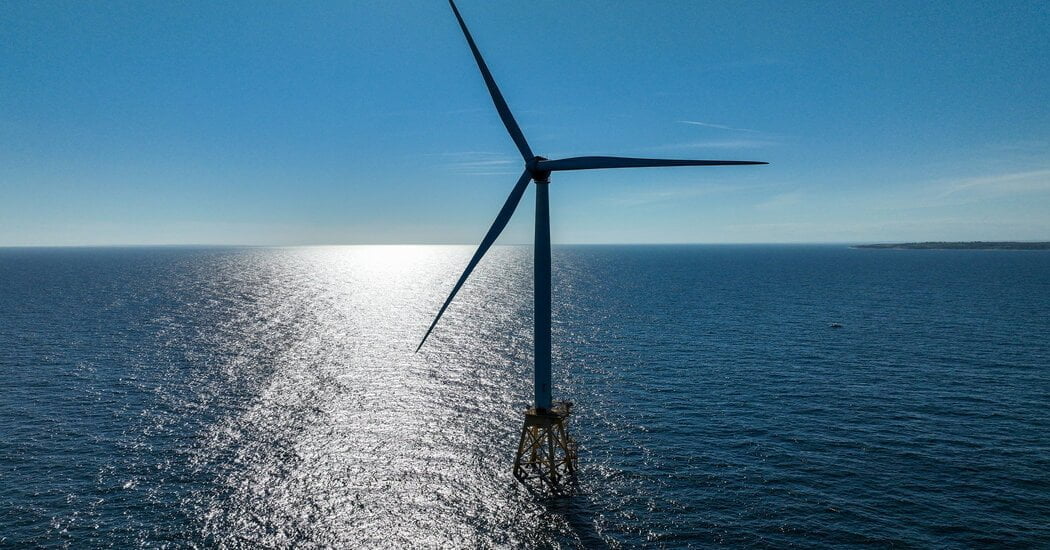 The climate and tax deal announced by Senate Democrats on Wednesday would pump hundreds of billions of dollars into programs designed to speed the country’s transition away from an economy based largely on fossil fuels and toward cleaner energy sources.

The legislation, called the Inflation Reduction Act of 2022, is a far cry from the ambitious multi-trillion-dollar domestic policy and tax proposal that President Biden sought and that Democrats in Congress spent more than a year laboring to pass.

Here’s a quick look at what’s in the bill, which Democrats hope to muscle past Republican opposition in the Senate as early as next week.

The deal would provide billions of dollars in tax credits over 10 years for companies that build new sources of emissions-free electricity, such as wind turbines, solar panels, battery storage, geothermal plants or advanced nuclear reactors. Previously, Congress had offered short-term credits for wind and solar that often expired after a year or two. The credits in the new bill cover any zero-carbon technology and would last for at least a decade, giving companies more certainty.

As the overall auto market stagnates, the popularity of battery-powered cars is soaring worldwide.

The bill also expands a tax credit for companies that capture and bury carbon dioxide from natural gas power plants or other industrial facilities before the gas escapes into the atmosphere and heats the planet — a technology rarely used today because of high costs. It would also provide tax breaks to keep existing nuclear plants running. More than 13 reactors have closed nationwide since 2013, and emissions often rise when they do because they tend to be replaced by fossil fuels. It would also provide grants and tax credits for states and electric utilities to reduce carbon dioxide emissions.

Only people who make $150,000 a year or less (or $300,000 for joint filers) are eligible for the new car credit and those who earn a maximum of $75,000 (or $150,000 for joint filers) for used cars. The program would run until the end of 2032. The credits would be available for new cars priced up to $55,000 and new pickup trucks, SUVs, and vans priced up to $80,000. Another $1 billion in the bill would provide funding for zero-emissions school buses, heavy duty trucks, public transit buses and other commercial vehicles.

The bill aims to lower energy costs by investing $9 billion in rebates for Americans buying and retrofitting their homes with energy efficient and electric appliances. It also includes a decade of consumer tax credits that would lower the cost of heat pumps, rooftop solar, water heaters and electric HVAC, or electric heating, ventilation and air conditioning technologies.

The package sets aside $60 billion for clean energy manufacturing in the U.S., including $30 billion in production tax credits for solar panels, wind turbines, batteries and critical minerals processing and $10 billion in investment tax credits to build manufacturing facilities that make electric vehicles and renewable energy technologies.

These provisions are intended to halt and reverse the migration of clean-energy manufacturing overseas to countries like China. The bill would also invest $500 million through the Defense Production Act for heat pumps and critical minerals processing.

The bill would also set aside $27 billion toward a “green bank” aimed at deploying clean energy projects, particularly in disadvantaged communities.

Cracking down on methane

The bill would also impose a fee on excess methane leaking from oil and gas wells, pipelines and other infrastructure. Methane is a particularly powerful greenhouse gas: While it dissipates more quickly than carbon dioxide, it is many times more potent when it comes to heating the atmosphere. Polluters would pay a penalty of $900 per metric ton of methane emissions that exceed federal limits in 2024, increasing to $1,500 per metric ton in 2026.

The bill would invest over $60 billion to support low-income communities and communities of color that are disproportionately burdened by the environmental and public health effects of climate change. This includes grants for zero-emissions technology and vehicles, as well as money to mitigate the negative effects of highways, bus depots and other transportation facilities, along with construction projects located near disadvantaged communities.

An additional $20 billion would be set aside for programs to cut emissions that come from cows and other livestock, as well as from agricultural soil and rice production. Agriculture generates about 11 percent of the greenhouse gases emitted by the United States, according to the government. The bill would also fund grants to support forest conservation, the development of fire-resilient forests and increased urban tree planting, along with the conservation and restoration of coastal habitats.

Dua Lipa Concertgoers Injured After Fireworks Are Set Off During Show