Home News ‘Somebody Planted the Guns’: In Canada, a Raided, Distrusting Village Blames the Police
News 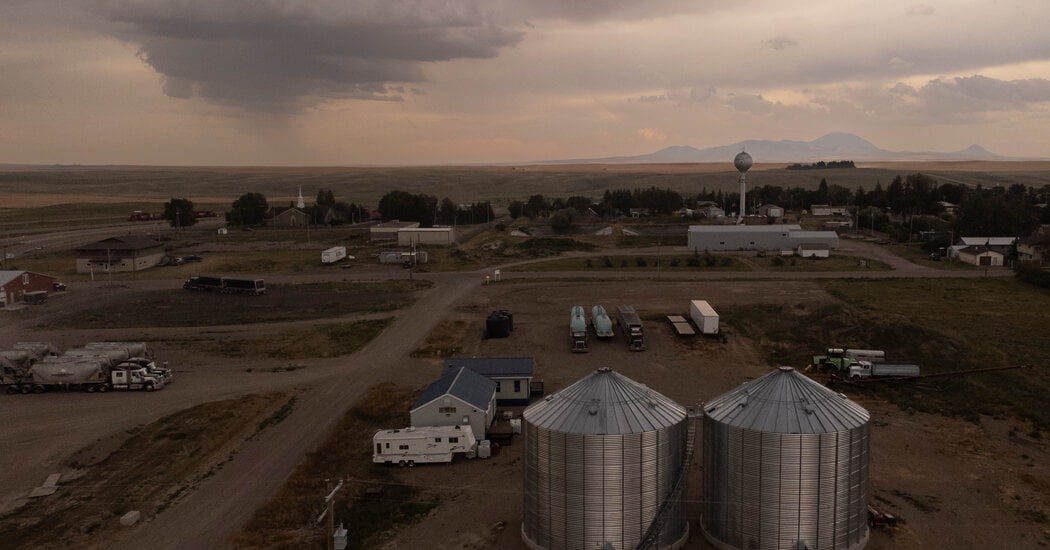 COUTTS, Alberta — The village’s only restaurant offers smiles and two pamphlets, one denouncing Covid-19 vaccines for children, the other saying the United Nations’ mission includes creating a “microchipped society” for “tracking and controlling.”

So pervasive is the belief here that Prime Minister Justin Trudeau is a dictator-in-the-making that even a top official in the village admits she “may have” a flag telling Canada’s leader where to go — rudely.

And many residents of the village, Coutts, Alberta, think the biggest event that occurred here in recent memory — when the police raided a local home in February and revealed a frightening cache of weapons — was a hoax perpetrated by the police to silence an antigovernment protest.

“It may have been a conspiracy,” said Bill Emerson, who for four decades has lived across the street from the home the police raided. The weapons gave the government a pretext for suspending civil liberties, he said. “Maybe somebody planted the guns.”

The police raid came during the time of Canada’s Freedom Convoy, which began as a movement by truckers to challenge a government vaccination mandate but spread to include a wide array of antigovernment grievances.

Seven months after the police made the dramatic weapons seizure in Coutts, and after the protesters who had been dug into the village for 17 days reluctantly pulled away in their trucks and tractors, the Freedom Convoy is still here — in spirit and philosophy.

The stark contrast between the mainstream account of what happened — the police disarming a small group of protesters with violent intentions — and the conspiracy-fueled one — a government attempt to demonize the protesters — reflects a burgeoning polarization of Canadian society and a deepening of far-right ideology and misinformation.

Both trends were supercharged by the coronavirus, but neither has weakened as the pandemic subsides.

The Freedom Convoy movement — that aimed at one point to replace the federal government with a ruling committee including protesters, and which Mr. Trudeau dismissed as a “fringe minority” with “unacceptable views” — is hardly a fringe. Months later, it garners the support of one in four Canadians, according to a recent poll, and some of its beliefs have entered mainstream politics.

“We have crossed a Rubicon, and there ain’t no going back,” said Evan Balgord, executive director of the Canadian Anti-Hate Network. “Canada hasn’t faced something like this, especially not in a long time. How do we deal with a movement that wants to dismantle democracy?”

Coutts is a small border village 185 miles southeast of Calgary, cut into rolling fields of wheat, barley and canola that glows fluorescent yellow in the summer.

Modest bungalows, a handful of businesses and a large Mormon temple dot its dozen streets.

Before last winter, the village’s faint claim to fame was a mention by President Obama of its baseball fields, which nose right up against the international border. “If you hit a home run,” he said, “there’s a good chance the ball will land in Sweetgrass, Montana.”

Then, one frigid day last winter, hundreds of tractor-trailers and trucks rumbled down the highway to the village’s edge and stopped, blocking all lanes leading to the normally busy border crossing.

They were a splinter group of the Freedom Convoy, a raucous rally that occupied the country’s capital, Ottawa, for three weeks.

Many of the movement’s organizers came from Alberta, home to Canada’s oil patch and Conservative populism, where the themes of freedom and government distrust are well-worn.

​​In Coutts, the village’s only bar, shuttered by the pandemic, was reopened to be their headquarters.

All the while, scores of provincial police, members of the Royal Canadian Mounted Police, kept watch. Over 17 days, 552 officers were assigned to the village of just 224, according to the mayor.

On the fourteenth evening of protest, when a local church was holding a Sunday service in the bar, the police arrived in full military gear, wielding automatic weapons, and arrested two men in the crowd.

Later that night, they executed a search warrant on a house, where a local woman was hosting many protesters.

Over a few hours, the police arrested 14 people. Most were charged with mischief over 5,000 Canadian dollars, or about $3,700, and possession of a weapon for a dangerous purpose. But four men face a far more serious charge — conspiracy to commit murder, which carries a potential life-in-prison sentence.

Undercover officers witnessed the set up of what they believed to be a delivery of guns to Coutts, search warrants reveal. Police said the group was preparing for an armed standoff with the police. “It could have been deadly for citizens, protesters and officers,” said Alberta Royal Canadian Mounted Police Deputy Commissioner Curtis Zablocki.

A photo of the cache of weapons they seized included rifles, handguns, high capacity magazines, ammunition and bullet proof vests.

All four of the men charged with conspiracy to commit murder are middle-aged, blue collar workers from Southern Alberta.

A day before the police raid, one of them, Jerry Morin, recorded a video on Facebook, calling his friends to Coutts to help “hold the line.”

“There’s no excuses,” said Mr. Morin, a 40-year-old who installs and repairs electrical lines. “This is war.”

His older sister, Tina Shipley, said he had attended anti-mask rallies in the early days of the pandemic with his common-law wife, who faces lesser charges connected to the protest.

“They saw this as a violation of their freedoms and rights,” said Ms. Shipley, adding they sincerely believed the pandemic was a government hoax.

“He thinks he is fighting for your rights,” she said.

After the arrests, it took less than a day for new conspiracy theories to start circulating, according to Coutts’s weary mayor Jim Willett.

Some believed the radical protesters themselves were planted by the police, or the government. “Maybe they were paid to come and cause a problem,” said Beth McCoy, a retired customs broker, who sat in her yard this summer, sorting through children’s Valentines sent to protesters. “Are they really in jail?”

“There’s a distrust amongst a lot of people­ — a far-right belief that police and government are not to be trusted,” said Mr. Willett, 74, who knows only four villagers who have been vaccinated against Covid-19, including himself.

A particular dislike for the federal Liberal Party and the Trudeau family has been ingrained in Alberta’s political culture since the 1980s, when then Prime Minister Pierre Elliot Trudeau — Justin Trudeau’s father — introduced a short-lived national energy program that shared the region’s oil profits with the rest of Canada.

But the distrust and conspiracy theories that have taken root in Coutts reflect a wider polarization of Canadian society.

The 25 percent of Canadians who support the Freedom Convoy tend to be rural males, who lack university education, and identify as working class or poor, said Frank Graves, president of the respected polling firm Ekos Research Associates. They consume a lot of disinformation and disagree with the Trudeau government’s stance on climate change, immigration and reconciliation with Indigenous people, his firm’s polls show.

And they have found a champion in the new leader of the Conservative Party, Pierre Poilievre, who pledged to make Canadians “the freest people on earth,” echoing the language of the protests.

The men charged with conspiracy to commit murder remain in jail. Their trial is set for next June.

Some said they believed no guns were found in Coutts at all, that the police had used a photo from another raid to sway public opinion against protesters and to justify the steps Mr. Trudeau took to end the protest.

The day of the raid, his government passed a sweeping emergency bill, granting police wide powers to arrest protesters, and instructing banks to freeze accounts linked to the convoy.

“We’re talking about a group that is organized, agile, knowledgeable and driven by an extremist ideology where might makes right,” he told reporters.

“It was to manipulate the public to believe this,” said Sandra Burrows, another protest supporter from Coutts. “It brought an end to a peaceful rally, by planting the weapons.”

Marco Van Huigenbos, the main leader of the Coutts protest, is so convinced that at least two of the four men are not guilty, he is subsidizing their families with 10,000 Canadian dollars a month. The money is from leftover funds raised in Coutts — both from GoFundMe, and from a donation box.

“They are using these guys to send a message,” said Mr. Huigenbos, a town councilor and business owner from nearby Fort Macleod, who himself was recently charged with mischief over 5,000 Canadian dollars. “There is political influence here.” 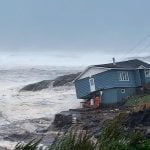 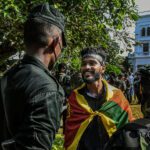 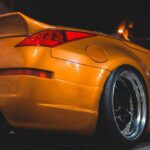 Thinking of Importing a Car From Canada? Here’s What You Need to Know
Share 0 FacebookTwitterPinterestLinkedinRedditEmail