Spouses of world leaders to join Ukraine’s first lady in a discussion on postwar lives. 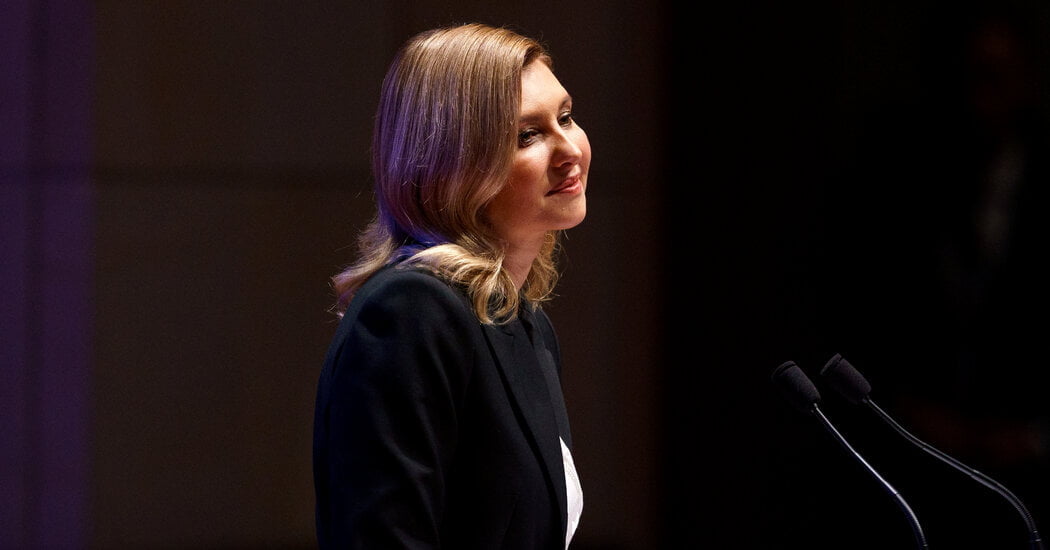 The spouses of world leaders will be talking about the postwar reconstruction of Ukraine this weekend during the second Summit of First Ladies and Gentlemen, hosted by Olena Zelenska, the nation’s first lady.

Some of Ms. Zelenska’s counterparts will participate through a video link from studios sin Brussels, Warsaw, London and Washington. The main studio leading the event on Saturday will be in Kyiv, Ukraine’s capital.

In a statement released earlier this month, Ms. Zelenska, who initiated the summit last year, said the central focus of this year’s would be human capital because often too much emphasis is placed on the economy and infrastructure when discussing reconstruction.

“But any discussions about the postwar recovery of Ukraine do not make sense if they do not prioritize the recovery of people’s moral and physical health,” she said in the statement.

In his nightly address on Friday, President Volodymyr Zelensky of Ukraine said last year’s conference was an example of using the soft power of first spouses to solve problems and expressed enthusiasm about this year’s event.

The inaugural summit of first spouses was held last August, and 11 first ladies from across the world visited Kyiv. Along with some first gentlemen, several others participated through a video link. Hillary Clinton, the former secretary of state and American first lady, addressed the group remotely.

Earlier this week, Ms. Zelenska, in a rare appearance by a foreign first spouse before Congress, shared photographs of children whose lives had been destroyed by the war and asked for more weapons to defend against what she called the “Russian hunger games” tearing apart families.

She also hopes to raise funds to replenish the supply of ambulances in Ukraine through United24, a Ukrainian public charity, during the summit on Saturday.

Ms. Zelenska has recruited some star power to bring attention to this year’s summit as well, according to Ukraine’s Ministry of Culture and Information Policy. Those expected to participate from one the remote studios include David Beckham, a Unicef ambassador, and the actors Richard Gere, Ashton Kutcher and Mila Kunis. Ms. Kunis, who is married to Mr. Kutcher, was born in Ukraine. The couple raised millions of dollars in a crowdfunding effort to support displaced Ukrainians earlier this year.

Wendy Williams Has a NEW MAN! What We Know About Marriage Claims
August 9, 2022
1Password 8 arrives on Android and iOS with a big redesign and personalized home
August 9, 2022
Endless summer: Cyprus has one of Europe’s longest beach seasons
August 9, 2022