Home News Suspected serial killer Wesley Brownlee, who was ‘on a mission to kill,’ nabbed by California cops
News

Suspected serial killer Wesley Brownlee, who was ‘on a mission to kill,’ nabbed by California cops

California cops said they nabbed a serial killer as he searched for his next victim.

Wesley Brownlee, 43, was allegedly driving the streets of Stockton in the wee hours of Saturday, dressed in black with a mask around his neck and a gun by his side, police said.

“Our surveillance team followed this person while he was driving. We watched his patterns and determined early this morning, he was on a mission to kill,” Police Chief Stanley McFadden wrote on Facebook.

“We are sure we stopped another killing,” he added at a later news conference.

Brownlee is believed to be responsible for shooting seven people since April 2021, slaying six of them and leaving one hurt, authorities said.

The motive for the shootings is unknown, said police. None of the victims were assaulted or robbed.

Most of his targets were homeless, ambushed and shot to death between July 8 and Sept. 27.

The murder spree began April 10, 2021, when Juan Vasquez Serrano, 39, was slain in Oakland. The next victim, police said, was Natasha LaTour, 46, who was shot six days later, but lived. Her attacker didn’t say anything before opening fire, she told police.

“Based on tips coming into the department and Stockton Crime Stoppers, we were able to zero in on a possible suspect,” McFadden said.

Brownlee was stopped after cops spotted him going to parks and dark locations, stopping and looking around before moving on, McFadden said. 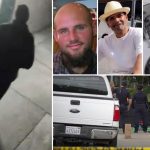 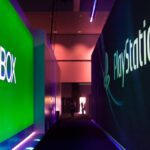 What’s Coming to (and Leaving) Netflix in September 2022

Grow a Clover Lawn That You Barely Have to Mow

The 6 Best Cloud Computing Roles to Work In