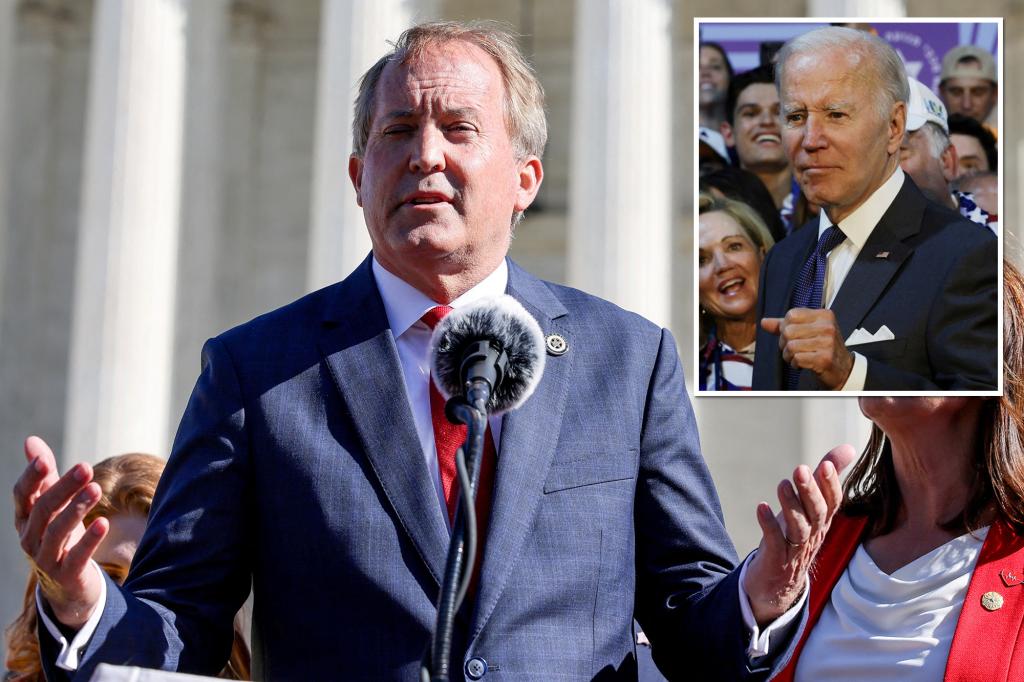 Texas Attorney General Ken Paxton sued the Biden administration Thursday over a federal rule that allows hospitals to perform abortions in medical emergencies — even in states where trigger bans took effect after the Supreme Court struck down Roe v. Wade.

The Biden White House response to the overturning of Roe v. Wade “is to attempt to use federal law to transform every emergency room in the country into a walk-in abortion clinic,” the Texas lawsuit says.

​”President Biden is flagrantly disregarding the legislative and democratic process​ — and flouting the Supreme Court’s ruling before the ink is dry​ — by having his appointed bureaucrats mandate that hospitals and emergency medicine physicians must perform abortions​,” the suit says.  ​

Paxton is suing the Department of Health and Human Services and its secretary Xavier Becerra. ​ ​

In response to the suit White House Press Secretary Karine Jean-Pierre, issued a statement reading: “This is yet another example of an extreme and radical Republican elected official. It is unthinkable that this public official would sue to block women from receiving life-saving care in emergency rooms, a right protected under US law.”

The legal action came in response to President Biden signing an executive order on July 8 authorizing the HHS to take actions to protect reproductive health services. ​

Several days later on July 11, HHS issued a memo ​about the Emergency Medical Treatment and Labor Act, which “provides rights to any individual who comes to a hospital emergency department and requests examination or treatment. In particular, if such a request is made, hospitals must provide an appropriate medical screening examination to determine whether an emergency medical condition exists or whether the person is in labor.​”​​

The statute, the memo says, is “irrespective of any state laws or mandates that apply to specific procedures.”​

Paxton’s suit says the act contains nothing about performing abortions.

“EMTALA does not mandate, direct, approve, or even suggest the provision of any specific treatment. It says nothing about abortion,” the court document says.

Paxton also said the HHS memo, which he refers to as the “Abortion Mandate” in the suit, “requires that a provider perform an abortion if “abortion is the stabilizing treatment necessary to resolve [an emergency medical condition]. This condition has never been a part of EMTALA.”

Texas’ abortion law, which took effect after the Supreme Court’s June 24 ruling, bans the procedure “except under limited circumstances, such as a life threatening condition to the mother caused by the pregnancy.”

​The bill, introduced by Sen. Catherine Cortez Masto (D-Nev.) and other Democratic senators, would prevent states from penalizing women who travel from states that prohibit the procedure​ to states where it is illegal to get an abortion, The Hill reported.

​“Does that child in the womb have the right to travel in their future?” Lankford said. “Do they get to live?”

“There’s a child in this conversation as well,” he ​continued.​

Lankford, who backs a nationwide ban on abortions, said no states have banned interstate travel for adult women who want to have an abortion.

​​”This seems to be just trying to inflame, to raise what-ifs,” he said ​in a speech on the Senate floor.​

Sen. Patty Murray (D-Wash.) ​noted reports that since the Supreme Court’s ruling on Roe v. Wade, which left it up to the states to either ban or restrict abortion, conservative groups are ​“right now drafting legislation to ban travel for abortion.”

“Anyone telling you this is not a threat is not paying attention,” ​she said.

8 of the World’s Most Amazing Real-Life Prison Escapes (and What to Learn From Them)
August 20, 2022
Shop Courtney Boerner’s Best Style Moments From Love Island
August 20, 2022
I was near death: My miracle cure was Guinness with raw eggs
August 20, 2022