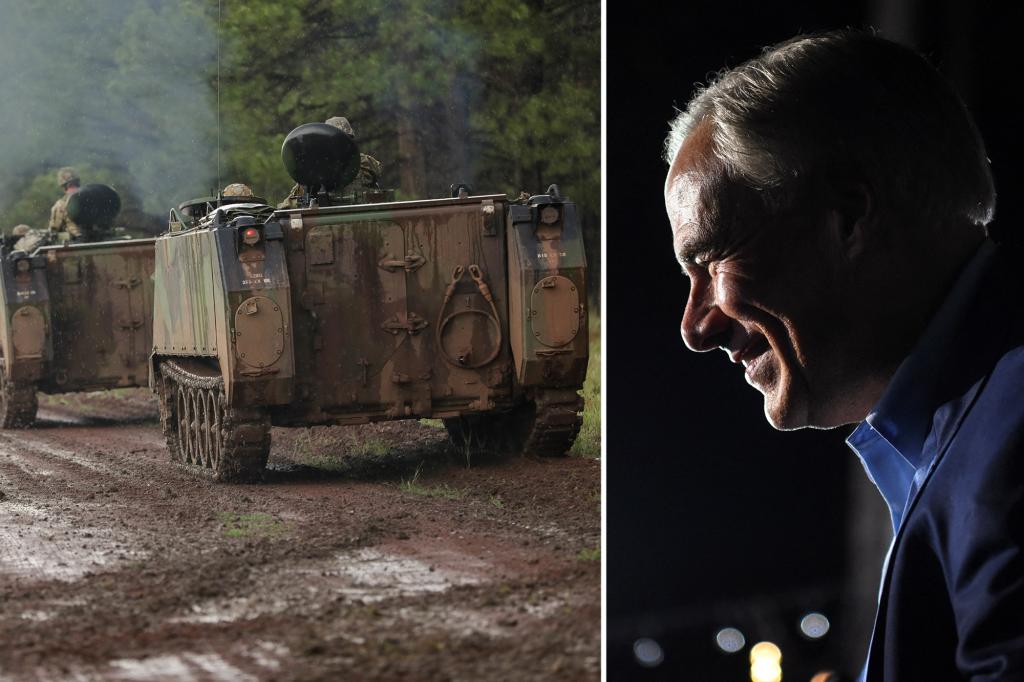 The Texas National Guard is set to deploy 10 tank-like armored personnel carriers along the state’s border with Mexico — days after Gov. Greg Abbott declared that record-breaking levels of illegal immigration amount to an “invasion by the Mexican drug cartels.”

The M113 armored personnel carrier vehicles, which ride on tank-style treads rather than wheels to negotiate rough terrain, will be sent to the border as part of the Republican governor’s Operation Lone Star, according to documents obtained by the Texas Tribune and the Army Times.

The bulletproof, explosion-resistant troop carriers — which reportedly cost $300,000 when new — can be outfitted with weaponry including heavy machine guns, grenade launchers, and anti-tank missiles, the report noted. The US and its European allies have sent several hundred M113s to Ukraine in recent months for use in its fight against Russia.

The carriers, along with stepped-up “aircraft flights and security efforts” along the border, “are part of a larger strategy to use every available tool to fight back against the record-breaking level of illegal immigration,” the Texas Military Department said Friday.

On Wednesday, Abbott slammed President Biden in a letter that blamed his “open-border policies” for the ongoing “invasion” of migrants at the southern border — and warned that Texas will “invoke our constitutional authority to defend ourselves.”

It’s Official: The Leap Second Will Be Retired (a Decade from Now)

Zelensky is named Time’s person of the year.
3 mins ago
Late-Winter and Early-Spring Bloomers for the Northern Plains
37 mins ago
How to Fix a Wobbly Toilet Seat
39 mins ago