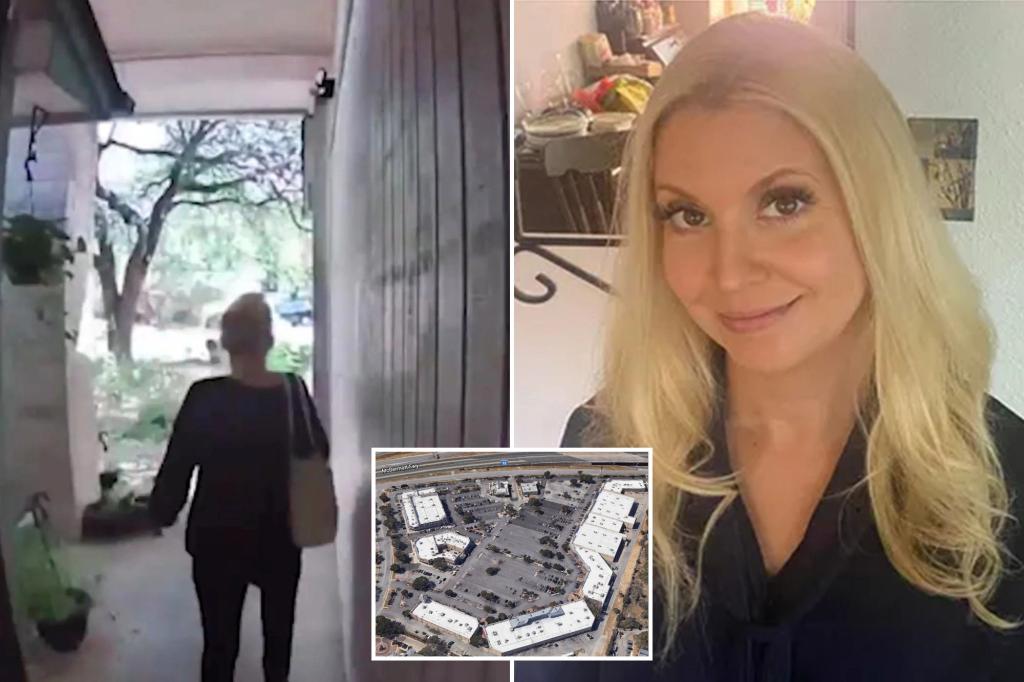 Security footage shows Texas mother Christina Powell arriving at the strip mall later just 30 minutes after she had left home in a rush — but her body wasn’t found until 3 weeks later.

Powell, 39, left her San Antonio home quickly around 10:30 a.m. on July 5 after telling her mother she was late for work at her paralegal job, according to police and doorbell footage.

Just after 11 a.m., her black 2020 Nissan Rogue can be seen on a security camera pulling into the Huebner Oaks Center, The Daily Mail reported.

Weeks after being reported missing, the mother of two was found decomposing in the front passenger seat of the car on July 23.

A mall security guard approached the car after detecting a “foul odor” coming from the vehicle after he noticed it had been in the same spot for over a week, Sant Antonio cops said.

Powell’s mother, Claudia Mobley, 70, told The Daily Mail that police showed her footage from a jewelry store at the mall that showed that her daughter never got out of the car when it pulled into the shopping center and that she was alone at the time.

Bexar County Medical Examiner has not yet declared an official cause of death but told the outlet she appears to have died from hyperthermia or overheating.

Weather records show that temperatures reached a maximum of 100 degrees on July 5, when Powell arrived at the lot. On the day she was found, temperatures still reached 100.

Mobley said she believes her daughter suffered from anxiety and must have been overcome by the heat after not feeling well.

She does not think that Powell would have wanted to take her own life. More than anything, she’s upset that it took so long for security to find her daughter.

“I don’t understand how the car could have been there two-and-a-half weeks and they didn’t even notice it until July 11,” she told the Daily Mail.

“It is shocking, it really is. It just makes me quite sick to think about it,” Mobley said. “It does seem wrong but I don’t know what to do about it.”

Signs at the entrance to the shopping center claim that there is 24/7 security and warn that cars who overstay will be towed, the Daily Mail reported. However, business owners said that security guards are only on duty between 10 a.m. and midnight.

A security guard at the mall told the outlet they do a cursory check once every hour in the parking lot from a marked security car. The guard, who works for Waco-based Pro Security Group Inc, said guards don’t regularly work the mall but are assigned to different locations on a day-to-day basis.

“[The car] was there the whole time,” Mobley said. “I do wonder why it took that security guard so long – he said he noticed it on the 11th and it was the 23rd before he checked it.”

Revamp Your Kitchen With Decor Inspired by Love Island