The Biden administration barred me from doing a border ride-along 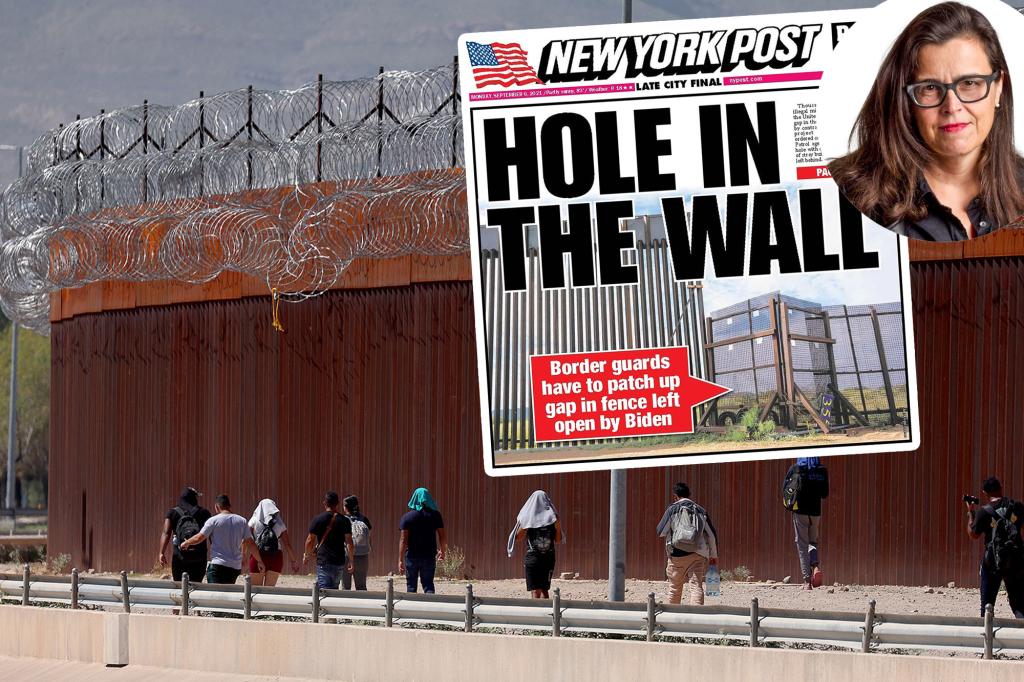 The US Customs and Border Protection agency’s mission statement reads, in part, that it aims to “protect the American people, safeguard our borders, and enhance the nation’s economic prosperity.”

Now, under the Biden administration, that exalted purpose includes a new directive: Protect the American people from me.

Earlier this week, I was denied permission by the federal agency from going on a “ride-along” with Border Patrol agents in Texas in the coming final days of Title 42. The Trump-era pandemic policy had allowed border agents to return migrants to Mexico for public health reasons, without first hearing their asylum claims.

The policy is set to expire on Dec. 21. When it does, I want to be on the ground in El Paso — where Texas authorities are expecting a 40 percent increase in migrant crossings.

Embedding reporters and photographers with agents while they patrol the 1,951-mile southern border with Mexico has traditionally allowed us to report on the dramatic rise in migrants from Latin America and other places who try to cross illegally into the US. It offers journalists a firsthand glimpse of the obstacles faced by the federal agency in dealing with the historic flow of migrants, many of them escaping violence, political repression and dire economic disparities in their home countries. This fiscal year, migrant border crossings topped a historic high of 2.76 million people.

I have been embedded with Border Patrol at least half a dozen times over the years. This time, I was told Wednesday by a local US Customs and Border Protection spokesman in Texas, “I have some bad news for you: Washington said no. There’s nothing we can do.”

For the last few years, I have traveled along the border in New Mexico, Arizona and Texas. I have written about the hundreds of migrants who have died crossing parched scrubland in high summer, and the smugglers who profit from their desperation. I have interviewed ranchers — who have formed their own militias to protect their land from traffickers dealing in both drugs and human cargo — and landowners angry at the federal government for building the border wall through their properties in Texas.

I have reported from Mexico and Guatemala to give readers a better understanding of why so many migrants are risking their lives to come to the US.

I have also done stories on the daily struggles of the men and women who are the front line of defense on the country’s border, patrolling lonely stretches of mountain and desert, often saving the lives of migrant children carelessly tossed over the border wall by ruthless smugglers, or others who face near-drowning crossing the Rio Grande.

But if I had to guess why I have become such a threat, it probably has to do with a story I wrote in the first year of the Biden administration — reporting a 20-foot gap in the border wall in New Mexico, and how a group of desperate Border Patrol agents banded together and used discarded construction materials to weld it shut.

The hole, located at Border Monument Three — one of the original 276 markers erected after the Mexican-American War in 1848 — had been left open when the Biden administration halted work on the border wall in January 2021. The gap was allowing thousands of smugglers and migrants to cross into the US with relative ease, according to Border Patrol in the area.

At the time, Border Patrol agents told me that when President Biden pulled $2.2 billion in funding that his predecessor had earmarked for the construction of the border wall, thousands of tons of steel and other building materials were left to rust along the border wall.

My story landed on the front page of The Post, under the headline “Hole in the Wall,” and it likely rankled a few bureaucrats at the US Department of Homeland Security, which oversees US Customs and Border Protection.

But as a reporter, I consider it my job to “rankle” — to expose waste and wrongdoing, no matter who is in power.

So I’m now going to the top, and asking you, Alejandro Mayorkas, secretary of homeland security, to please reconsider your edict against me. There are surely many threats to the security of the US at its borders. I’m just not one of them.

8 Tips to Ensure Consistent Flow of Income as a Freelancer