Home » The movement to remove the president started with a candlelight vigil.
News

The movement to remove the president started with a candlelight vigil. 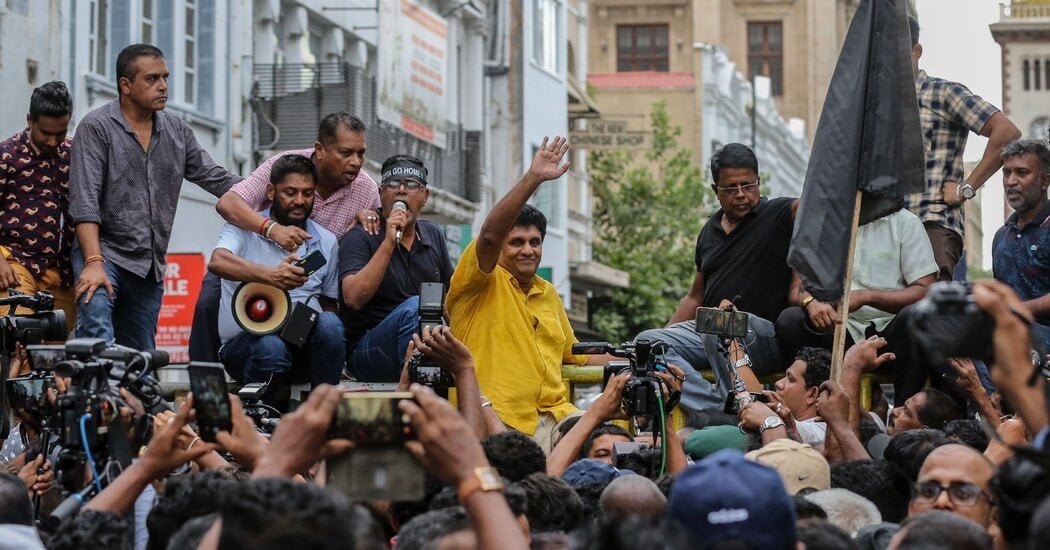 They came in buses, in trains, on bicycles, and on foot. Some have camped on a public beach in Colombo for months, while others rustled up scant fuel supplies to reach the capital.

The movement to force out Sri Lanka’s president, Gotabaya Rajapaksa, began with small candlelit vigils and culminated in a takeover last week of the president’s mansion and office, and the prime minister’s official residence.

But the movement’s aims are disparate. There are no clear leaders, or strong affiliation with any political party. The protesters who stormed the presidential mansion included students and trade unionists, Catholic nuns and Buddhist monks, farmers and middle-class professionals. Volunteers ran food lines and kitchens for protesters.

An action plan drawn by lawyers involved in the protest earlier this month demanded, first of all, that Mr. Rajapaksa resign, along with the rest of his cabinet.

The plan also calls for a revision of the tax policy and a new constitution, among other lofty goals. Nuzly Hameem, one of the founders of the seaside protest camp in Colombo, thinks an interim government should be formed first, to provide immediate food, fuel and medicine relief to the Sri Lankan public and resume negotiations with the International Monetary Fund for an economic bailout. Presidential and parliamentary elections can take place in six months or so, after the country has stabilized, he said.

Other protesters want to maintain the movement’s momentum by pushing for constitutional change — and a clean sweep of government — before anything else.

Jhancasie Chatty, a protest organizer in a tent outside the prime minister’s residence on Tuesday, said the protesters want to “change the whole system.”“This is not enough, changing the heads. We want to change the whole system with the constitution along with the culture of governance where a politician is accountable to citizens. That has not happened so far,” he said.

The split represents the difficulties in finding consensus about a way forward among the protesters, the political opposition, and lawmakers in Sri Lanka’s parliament, the majority of whom are members of Mr. Rajapaksa’s party.

Lawmakers met with protesters at a forum they organized Tuesday in Colombo amid talk of a possible coalition between Sajith Premadasa, the opposition leader who lost to Mr. Rajapaksa in Sri Lanka’s 2019 presidential elections, and Dullas Alahapperuma, among the first members of the ruling party to call for Mr. Rajapaksa’s resignation.

Jeevan Thondaman, a lawmaker allied with the ruling party, doubted the coalition would garner enough support either in parliament or among the public.

“If we want to go for elections, we need to steady the ship until then. Clearly Gota will want one of their people inside, like Dullas. But I don’t think he has the support in parliament. And how far the people will accept him is questionable,” he said.