SHARM El SHEIKH, Egypt — The vast majority of the world’s coral reefs are likely to be severely damaged in the coming decades if the planet keeps warming at its current rate.

But the wildly colorful coral reefs in the waters outside the Egyptian Red Sea resort of Sharm el Sheikh, where the annual United Nations climate conference is taking place, are an anomaly: They can tolerate the heat, and perhaps even thrive in it, making them some of the only reefs in the world that have a chance of surviving climate change.

There is a limit to how much they can take, however.

Mass tourism at Egypt’s beach resorts, overfishing, overdevelopment, pollution, occasional failures of the sewage system, sediment from construction and oil spills from tankers or terminals have put them at risk, according to marine biologists who study the Red Sea.

“If not the last, this could be one of the last coral refuges worldwide,” said Dr. Mahmoud Hanafy, a marine biology professor at the Suez Canal University in Egypt. “Protection of this reef is not a national responsibility or a national task. It’s a global task.”

The exquisite beauty of the more than 200 species of coral, living in crystal clear waters of the northern Red Sea in temperatures that can top 85 degrees Fahrenheit, has made the area a scuba diver’s paradise. Throughout the two-week climate meeting, conference attendees — including John Kerry, the United States climate envoy — took a break from the conference halls to experience the corals for themselves.

Behind a backdrop of purple, blue and pink coral during a dive at Ras Mohammed National Park, Egypt’s oldest national park, one group of COP27 delegates and a smattering of tourists saw a blue-spotted stingray, a six-foot-long moray eel and schools of lunar fusiliers.

But some of the divers also saw evidence of the local stressors.

Alison Martin, a tourist from northern England, said she and her partner swam closer to what she thought was a group of jellyfish, then realized with dismay that it was an array of plastic bags, coffee cups and chocolate bar wrappers.

“It’s probably been about 10 years since we dived here last, and we’ve never seen anything like that,” she said.

Coral reefs occupy less than 0.1 percent of the ocean’s floor, but provide huge ecological and economic benefits. About 25 percent of all marine species depend on them at some point in their life cycles, the corals’ limestone branches protect coasts from storms, and they provide a food source and livelihood for millions of people.

The International Coral Reef Initiative, which works to protect the world’s coral, estimated that reefs support $2.7 trillion a year in goods and services, including tourism.

More than two decades ago, Sharm el Sheikh was just a little beach town at the southern tip of the Sinai Peninsula, known mostly to diving enthusiasts. Then tourism operators swooped in, seeing opportunity in its proximity to Europe and temperate climes. Giant all-inclusive resorts rose from the sand, and they were soon full of British, Ukrainian and Russian sunbathers escaping the cold back home.

To protect the coral reefs and the economic activity they support, Egypt established the 185-square-mile national park and placed some restrictions on diving. Snorkeling and training dives, in which instructors guide first timers into the depths, are banned in parts of the sea because inexperienced divers are more likely to accidentally bump into the coral.

Still, the sheer amount of development and number of tourists has inevitably taken a toll.

Tourist boats routinely drop anchor directly on the corals, and that can destroy more than 20 square feet of coral each time. Starting in the 1990s, a local environmental group worked with the government to install more than 100 buoys to which tourist boats can moor. But a lack of funding and an excess of government bureaucracy have stood in the way of maintaining the buoys or expanding the system.

The government also lacks the resources and mechanisms to enforce penalties for environmental violations, activists say. The British Broadcasting Corporation reported on Wednesday that the equivalent of 16 Olympic-size swimming pools of toxic water from Egypt’s Ras Shukeir oil terminal is being dumped into the Red Sea daily.

The Egyptian government did not respond to a request for comment.

Mohamed E. Mohamed, a diving guide in Sharm el Sheikh, said he saw firsthand how the coral reefs had become more vibrant and started attracting more fish over the first two years of the pandemic, when tourism evaporated. At other times, he said, he has seen tourists touching or walking on the coral reefs or feeding fish.

“We try to stop them as much as we can, but it’s kind of mission impossible,” Mr. Mohamed said. “If you stop one, there are 400 others around.”

Mass tourism is here to stay in Egypt’s beach resorts. But there are some efforts already underway to make it more eco-friendly.

In Hurghada, another Red Sea resort across the Gulf of Suez from Sharm el Sheikh, the Hurghada Environmental Protection and Conservation Association, a nonprofit group, is teaming up with the government to sink outdated military tanks and armored vehicles into the sea to form artificial reefs where corals can grow, attracting divers away from the natural reefs.

Tourists in Hurghada can now pay to visit local Bedouins at home, giving the Bedouins an income that could help lessen the incentive for them to catch ornamental fish from the reefs, said Dr. Hanafy, who is involved in such efforts.

In most of the rest of the world, corals can lose the algae they depend on — a process known as bleaching — when waters warm an additional 1 to 2 degrees Celsius above the normal high temperature in summer. In the northern Red Sea, however, corals can withstand temperatures as much as 7 degrees Celsius above the summer maximum, said Maoz Fine, a marine biologist and Red Sea coral reef expert at the Hebrew University of Jerusalem.

“This is very good news,” Dr. Fine said. But he added that pollutants like sewage, oil and pesticides compromise that tolerance.

Red Sea corals may be uniquely suited to survive warming waters because they evolved in an extreme environment that is hotter than where most of the world’s other corals live.

A leading theory about why these coral populations are so resilient suggests that around 10,000 years ago, after the ice age, coral larvae entering the Red Sea from the Indian Ocean had to pass through a barrier of extremely warm water at the sea’s southern entrance, the Bab al-Mandeb Strait.

This barrier acted as a filter, eliminating coral that could not handle high temperatures, said Eslam Osman, a researcher at the Red Sea Research Center at King Abdullah University of Science and Technology in Saudi Arabia.

The preservation of Red Sea coral reefs may be critical not just for Egypt, but for coral everywhere. If scientists can identify what makes Red Sea corals so resilient, conservation efforts can be focused on corals in other parts of the world with similar features, Dr. Fine said.

“We have an opportunity to save an ecosystem rather than restoring it,” said Lina Challita, the Sharm diving chamber’s environmental officer. “It’s one of the last beacons of hope for the reef refuges.” 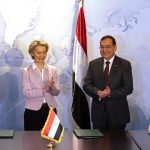 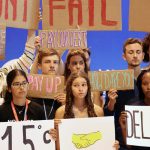