The World’s Democracies Ask: Why Can’t America Fix Itself? 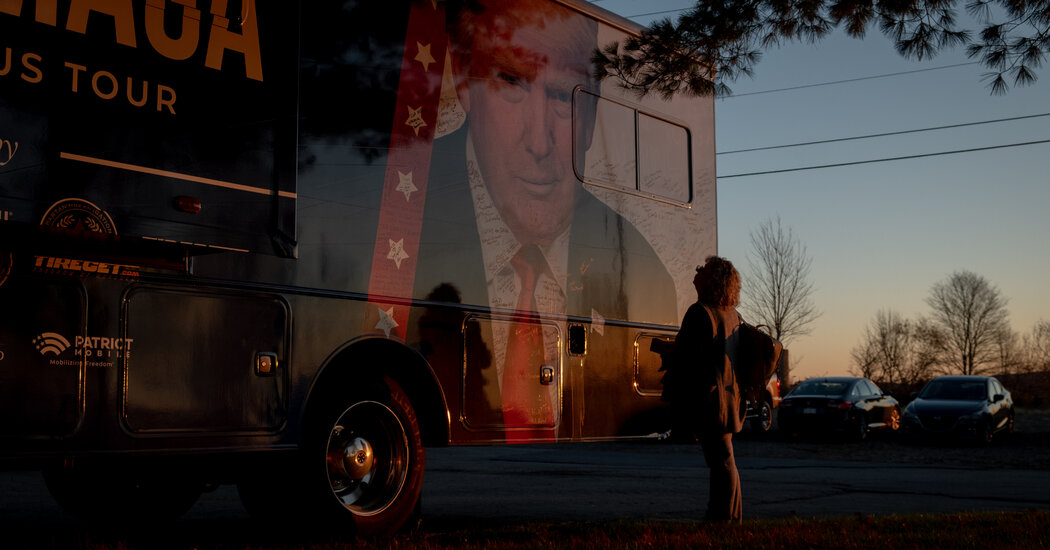 Lin Wei-hsuan was just a child when he observed his first Taiwanese election almost two decades ago. His parents took him to watch the vote-counting, where volunteers held up each paper ballot, shouting out the choice and marking it on a board for all to see — the huge crowd of citizens inside, and many more watching live on television.

The open process, established after decades of martial law, was one of several creative steps that Taiwan’s leaders took to build public trust in democracy and to win over the United States, whose support might deter China’s aim of unification.

At the time, America was what Taiwan aspired to be. But now, many of the democracies that once looked to the United States as a model are worried that it has lost its way. They wonder why a superpower famous for innovation is unable to address its deep polarization, producing a president who spread false claims of election fraud that significant parts of the Republican Party and the electorate have embraced.

“Democracy needs to revise itself,” said Mr. Lin, 26, a candidate for a local council, campaigning for efficient trash removal and lowering Taiwan’s voting age to 18 from 20. “We need to look at what it’s been doing, and do better.”

For most of the world, the U.S. midterms are little more than a blip — but they are another data point on what some see as a trend line of trouble. Especially in countries that have found ways to strengthen their democratic processes, interviews with scholars, officials and voters revealed alarm that the United States seemed to be doing the opposite and sliding away from its core ideals.

Several critics of America’s direction cited the Jan. 6 riots, a violent rejection of democracy’s insistence on the peaceful transfer of power. Others expressed concern about states’ erecting barriers to voting after the record turnout that resulted from widespread early and absentee voting during the pandemic. A few said they worried that the Supreme Court was falling prey to party politics, like judiciaries in nations struggling to establish independent courts.

“The United States did not get into the position where it is now overnight,” said Helmut K. Anheier, a sociology professor at the Hertie School in Berlin and a principal investigator for the Berggruen Governance Index, a study of 134 countries in which America sits below Poland in quality of life as defined by access to public services such as health care and education. “It took a while to get there, and it will take a while to get out.”

On a recent afternoon in Halifax, Nova Scotia, which has long had economic and family ties with Boston, visitors and residents expressed sorrow, disappointment and surprise about their neighbor’s political situation.

“I’m very concerned,” said Mary Lou MacInnes, a registered nurse who was visiting the Halifax Public Gardens with her family. “I never thought it would happen in the U.S., but I think it’s going to be perhaps autocratic going forward.”

The State of the 2022 Midterm Elections

In 1991, studies showed that Canadians were almost evenly divided on which of the two countries had the better system of government. In a follow-up survey last year, only 5 percent preferred the American system.

For some, in Canada and in other countries that consider themselves close friends of America, the first signs of trouble emerged with the presidential race in 2000, when George W. Bush won a narrow victory over Al Gore with a decision from the Supreme Court.

For others, it was Donald J. Trump’s winning the 2016 election while losing the popular vote, followed by his refusal to accept defeat in 2020 and the lack of consequences for those who parroted his lies — including hundreds of Republican candidates in this year’s election.

“A lot of people imagined that Trump was this sort of idiosyncratic one-off and once he was gone, he was no longer president, everything would click back into normal gear,” said Malcolm Turnbull, Australia’s center-right prime minister when Mr. Trump took office. “And that’s clearly not the case.”

“It’s like watching a family member, for whom you have enormous affection, engage in self-harm,” Mr. Turnbull added. “It’s distressing.”

Other countries do things differently.

Canada has undertaken steady changes to improve its election system. In 1920, the country put federal elections under the control of an independent official who does not report to any government or politicians and who has the power to punish rule breakers. Responsibility for setting electoral boundaries was turned over to 10 similarly independent commissions, one for every province, in 1964.

Taiwan and more than a dozen countries have also established independent bodies to draw voting districts and ensure that votes are cast and counted uniformly and fairly.

The approach is not foolproof. Nigeria, Pakistan and Jordan all have independent election commissions. Many of their elections have still failed to be free and trusted.

But in the places where studies show that turnout and satisfaction with the process are highest, elections are run by national bodies designed to be apolitical and inclusive. More than 100 countries have some form of compulsory or automatic voter registration; in general, democracies have been making it easier to vote in recent years, not more difficult.

The world’s healthiest democracies also have stricter limits on campaign donations — in Canada, political donations by corporations and unions are banned, as are political action campaigns to promote parties or candidates. And many democracies have embraced change.

New Zealand overhauled its electoral system in the 1990s with a referendum, after elections in which the party with the most votes failed to win a parliamentary majority. South Africa is pursuing changes to its political-party-based electoral system to make it easier for independent candidates to run and win.

Such systemic change would be possible in the United States only with overwhelming consensus in Congress, and even then, it may be out of the question in a country where campaign financing is protected as freedom of speech and states cherish their authority over elections in a federal system designed to be a bulwark against autocratic abuses.

Jennifer McCoy, a political scientist at Georgia State University who co-wrote a recent report on how polarized countries have depolarized in the past, said partisan divisions have kept the United States stuck in place, but so has myopia: Americans rarely look abroad for ideas.

“We have such a myth around our Constitution and American exceptionalism,” she said. “First it makes people very complacent, and second, it takes leaders a very long time to recognize the risk we’re facing. It means it’s very hard to adapt.”

On a recent morning in Vilnius, the Lithuanian capital, near a street named after Lenin during the Soviet Union’s occupation, a group of demonstrators waved Ukrainian flags and posters calling for an end to Russian aggression.

Lithuania is a staunch U.S. ally and vocal supporter of Ukraine’s fight for self-determination, but even among the most committed, doubts about the strength and future of American-led democracy are common.

Arkadijus Vinokuras, 70, is an actor and activist who helps organize the rallies. Asked what came to mind when he heard the phrase “American democracy,” he responded with a slogan: “America is the defender of global democracy and the guarantor of the vitality of Western democracies!”

That was how it seemed 20 years ago — then came Putin, Trump and a divided America.

“Now,” he said, “even the biggest fan of the U.S. has to ask the question: How could this happen to the guarantor of democracy?”

It’s a common query in countries that once looked up to the United States.

On Thursday, in the political science department at Cheikh Anta Diop University in Dakar, Senegal, half a dozen graduate students gathered in a professor’s office to debate whether elections could be stolen in America.

“You take the U.S. democracy after Trump, no doubt that it’s weaker,” said Souleymane Cissé, a 23-year-old graduate student.

Some of the world’s leaders have taken advantage of that perceived weakness. President Recep Tayyip Erdogan of Turkey and Prime Minister Viktor Orban of Hungary, elected leaders with autocratic tendencies, have praised Mr. Trump and his wing of the Republican Party.

In India, Prime Minister Narendra Modi, who has pursued a Hindu nationalist agenda, leading to accusations of democratic backsliding, now insists that the West is in no position to pressure any country over democratic benchmarks.

From Myanmar to Mali, leaders of military coups have also found that they can subvert democracy without significant international pushback.

“If you’re an autocrat or wannabe autocrat, the price that you pay is much less than the price that you used to pay 30 years ago,” said Kevin Casas-Zamora, a former vice president of Costa Rica who heads the International Institute for Democracy and Electoral Assistance, a pro-democracy group with 34 member states. “And that’s partly because of the U.S.”

Even reformers are starting to wonder what they can reasonably expect of their most high-minded institutions. In South Africa, when a new chief justice was appointed a few months ago, there were questions about whether the court was apolitical or even could be.

All these countries, and more, are confronting an enormous challenge that America has made more visible: antidemocratic actors, inside democracies.

Mr. Vinokuras said that Lithuania and its neighbors had been more resistant to such forces because they can see where they lead by looking next door.

“The fact that unbridled populism in the Baltic States is not yet gaining ground is, I repeat, because of fascist Russia,” he said.

What democracies need, he added, are investments in improvements — the best ideas, no matter where they come from — and a strong commitment to ostracizing those who violate rules and norms.

“In general, democracy has degenerated, it has become useless,” he said. “It’s become more like anarchy. Unlimited tolerance for everything destroys the foundations of democracy.”

In Taiwan, many people made a similar point: The threat from China makes democracy more precious, helping people remember that its benefits can be realized only through shared connections across divides.

“If a country is going to keep moving forward,” Mr. Lin said, “the leaders of both parties should play the role of a bridge.” 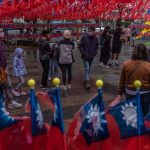 How to Substitute Your Dried Thanksgiving Herbs for Fresh Ones

When Does Collaboration Become Collusion?