Three more ships carrying grain have been cleared to depart from Ukraine. 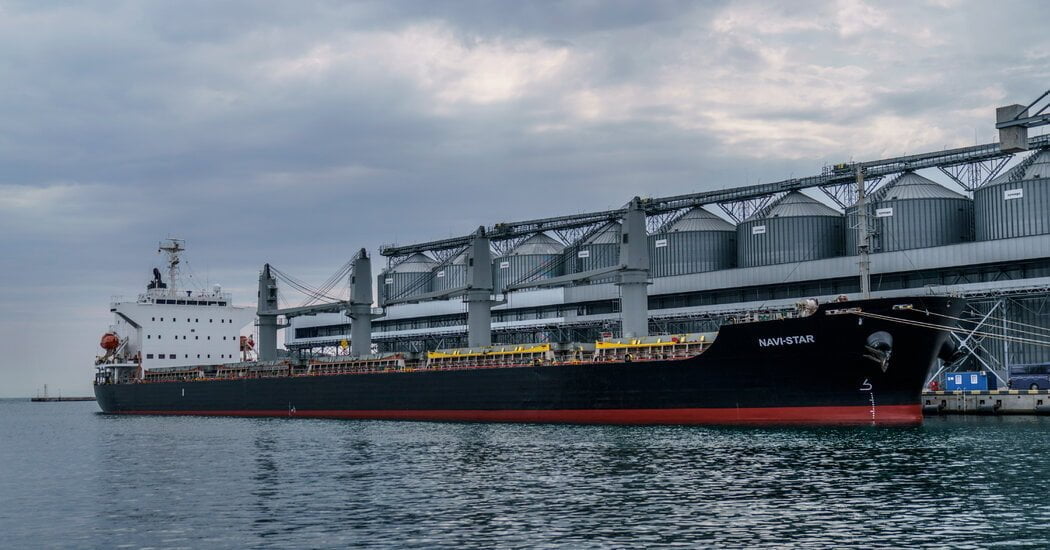 Three ships loaded with grain have been granted permission to leave Ukrainian ports on Friday, days after the first grain-laden vessel left the country since Russia’s invasion under a hard-won deal to free more than 20 million tons of Ukraine’s desperately needed stores.

A joint coordination center in Istanbul, created by the agreement and staffed by officials from Ukraine, Russia, Turkey and the United Nations, cleared the ships to depart, officials from the center said in a statement on Thursday. Two, the Polarnet and the Rojen, will leave from Ukraine’s Chornomorsk port, and the third, the Navi-Star, from Odesa, the statement said. They are carrying a total of 58,041 metric tons of corn bound for ports in Turkey, Ireland and Britain.

The ships are expected to depart on Friday morning, weather permitting, the statement said. Under the deal, their first stop is in Turkish waters, for a joint-team inspection.

Many potential hazards lie ahead, but so far the safe passage of the Razoni offered hope that the long-negotiated deal will fulfill its aim of helping address — though not by itself resolving — global food shortages and high grain prices.

A fourth ship, the Fulmar S, now anchored near Istanbul, was awaiting inspection to be cleared to travel to the Ukrainian port of Chornomorsk, officials from the joint center said on Thursday.

Their statement said that the inbound Fulmar S would serve as “a second ‘proof of concept’” of the grain deal, and noted that the allowed travel corridor had been “revised to allow for more efficient passage of ships while maintaining safety.”