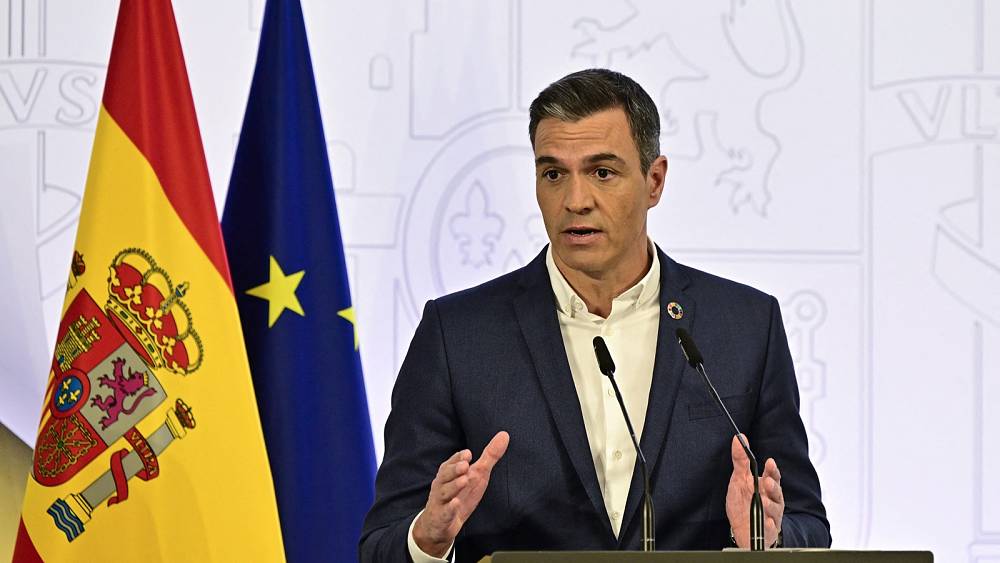 Ditch the tie, save energy.

That’s the new motto of Pedro Sánchez, Spain’s prime minister, who on Friday showed up tieless at a press conference and made the fashion appeal to his country, which recently faced a long heatwave.

“I would like you to see that I am not wearing a tie,” Sánchez told reporters after unveiling his government’s results since the beginning of the year.

“That means that we can all save energy. So I have asked all ministers and public decision-makers [to follow suit],” he noted.

“And I would also like to ask the private sector that, if they haven’t done it yet, when there is no need, they should not either wear a tie because, in that way, we will all be contributing to the energy savings that are so necessary in our country.”

Sánchez’s surprising advice comes days after the EU agreed on an unprecedented plan to cut down gas consumption by 15% between now and March. The plan will be voluntary at first, based on measures such as temperature limits on cooling and heating systems, fuel switching and awareness campaigns.

The bloc wants to save 45 billion cubic metres of gas to ensure a safe winter in case the Kremlin totally interrupts supplies in retaliation for the Western sanctions imposed amid the Ukraine war.

It is unclear if Sánchez’s appeal marks the start of an official public campaign and what article of clothing he will ask his fellow Spaniards to ditch next.