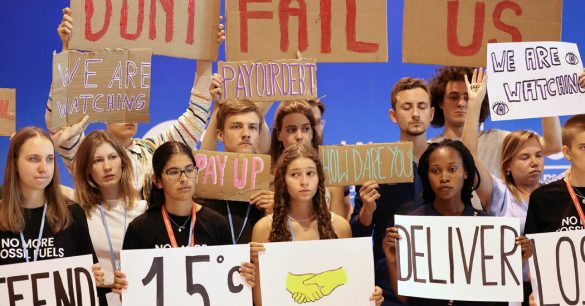 SHARM EL SHEIKH, Egypt — Diplomats from nearly 200 countries inched closer to a deal at United Nations climate talks on Saturday, wrangling over thorny issues that pitted wealthy nations, which are largely generating the pollution that is heating the planet, against poorer countries that are overwhelmed by worsening floods, heat and drought.

As talks dragged well past 24 hours of overtime, Egypt, the host of this year’s climate summit, floated a potential compromise. If adopted, the text would for the first time establish funding to pay developing countries for “loss and damage” caused by climate change — something that poorer nations have demanded from rich, industrialized nations for three decades.

“A positive outcome is close,” said Sherry Rehman, Pakistan’s minister for climate change, who is spearheading a group of 134 nations pushing for such a fund. “Not perfect or optimal, but one that addresses the basic demand of developing nations.”

But the central question was whether the United States would support such a fund. As the country that has pumped the most greenhouse gases into the atmosphere, the United States has for decades opposed the idea of paying compensation for climate damages. Lawmakers in Congress have historically been tightfisted in providing poor countries with financial assistance to address climate change.

The United States and the European Union also want to ensure that China contributes to any fund created — and that the country is not eligible to receive money from it. The United Nations currently classifies China as a “developing country,” which would make it eligible for climate compensation, even though it is the world’s biggest emitter of greenhouse gases as well as the second-largest economy. China has fiercely resisted being treated as a developed nation in global climate talks.

A U.S. State Department spokeswoman on Saturday afternoon said negotiations were still ongoing and no agreement had been finalized.

By tradition, any agreement at United Nations climate talks requires the consent of every country; if one objects, talks can deadlock.

For the United States, this year’s climate summit, known as COP27, has been a rude awakening. President Biden and his climate envoy, John Kerry, arrived in Egypt touting the new landmark legislation that will invest $370 billion in clean energy and help America deeply slash emissions. Mr. Biden told the assembled ministers and diplomats that the United States wanted to lead the world in transitioning away from fossil fuels and toward a future where global warming would be constrained to relatively safe levels.

But once here, the Americans found themselves on the defensive as frustrated and angry leaders from developing countries insisted the United States do far more to help those outside its borders.

“Our attitude toward the U.S. was always that it’s good news Biden is in the White House and not Trump, and it’s good news that they have a law for domestic action,” said Saleemul Huq, director of the International Centre for Climate Change and Development in Bangladesh, who advises some of the world’s poorest countries during U.N. climate talks. “But they don’t have good news when it comes to their international commitments on finance.”

Negotiators warned that a collapse of talks in this Red Sea resort town would be a severe setback for international cooperation. The talks come at a time of multiple global crises. Russia’s invasion of Ukraine has roiled global food supply and energy markets and spurred some countries to burn more coal and other alternatives to Russian gas, threatening to undermine climate goals. Rising inflation and climate-fueled disasters have created tough economic conditions around the world.

At the same time, rising global temperatures have intensified deadly floods in places like Pakistan and Nigeria, as well as fueled record-breaking heat across Europe and Asia. In the Horn of Africa, a third year of severe drought has brought millions to the brink of famine.

One area of concern at the talks is whether nations will strive to keep global temperatures from rising more than 1.5 degrees Celsius (2.7 degrees Fahrenheit) above preindustrial levels, a goal that nations emphasized at climate talks last year in Glasgow. Beyond that threshold, scientists say, the risk of climate catastrophes increases significantly.

The planet has already warmed by an average of 1.1 degrees Celsius, and scientists have said that countries need to commit to cutting their carbon emissions more quickly and more significantly in order to meet that goal. The world is currently on a trajectory to warm by 2.1 to 2.9 degrees Celsius by the end of this century.

Every fraction of a degree of additional warming could mean tens of millions more people worldwide exposed to life-threatening heat waves, water shortages and coastal flooding, scientists have found. A 1.5-degree world might still have coral reefs and summer Arctic sea ice, while a 2-degree world most likely would not.

“One point five is not just a number that somebody invented,” Espen Barth Eide, Norway’s minister of climate and environment told the conference on Friday. He spoke about “the paramount difference, the dramatic difference between warming that ends at 1. 5 and 2 degrees.”

“Entire countries that are present here will simply disappear from the surface of the planet. Most of all the ice on the world will melt,” he said. “Cities we love and live in will be gone. It’s such a drama in front of us that we simply have to make sure that we stick to what we were told to do in Glasgow.”

The text circulated by Egypt on Saturday includes language that stresses the importance of limiting warming to 1.5 degrees Celsius. But negotiators close to the process said that a section of the draft being promoted by Saudi Arabia did not emphasize the need for countries to set more ambitious goals for cutting emissions in line with that target.

Separately, India had pushed for language that would explicitly call for “phasing down” all fossil fuels — not just coal, but also oil and natural gas. But that language did not appear in the draft agreement on Saturday, after opposition from Canada, China and Saudi Arabia, among other nations, according to people close to the negotiations.

Xie Zhenhua, the lead negotiator for China, said that when it comes to calling for a phase down of all fossil fuels, wealthy nations like the United States should go first. “We should not add more burden to developing countries,” Mr. Xie said in a news conference.

Some environmentalists blamed Egypt, which is in charge of guiding the talks this year, for leaving out the language around fossil fuels in the draft agreement. Egypt has been ramping up gas exports to Europe and has argued that gas is a necessary transitional fuel on the road from dirtier coal and oil toward wind, solar and other non-polluting sources of energy.

“It seems clear Egypt is acting in its national interest rather than acting as an honest broker,” said Alden Meyer, a senior associate at E3G, a European environmental think tank.

The negotiations were rancorous at times. Earlier in the week, Diego Pacheco Balanza, Bolivia’s chief negotiator, criticized developed countries for failing to live up to past promises to provide $100 billion per year in climate aid by 2020 (they are still tens of billions of dollars short) and for insisting that poor countries needed to do more to cut their emissions at a time when the United States and Europe have been expanding fossil fuel supplies.

“Developed countries talk a lot, but in practice they do very little,” Mr. Pacheco Balanza said. “We are still waiting for the $100 billion per year.”

On Saturday morning, Frans Timmermans, the European Union’s negotiator, said that European countries “are prepared to walk away if we do not have a result that does justice to what the world is waiting for — namely that we do something about this climate crisis.”

One of the biggest obstacles to a deal at this year’s talks, negotiators said, is the chaotic management style of the Egyptian hosts, whose job it is to understand the concerns of each country and then broker a deal.

Diplomats complained that the Egyptian presidency held middle-of-the-night meetings and allowed delegates to see only snippets of potential text. Technical issues with sound delayed negotiating sessions. Lack of easy access to food and water also slowed down progress; negotiators had to hunt for sandwiches and coffee in the sprawling venue.

“I’ve never experienced anything like this in 25 years,” said one longtime delegate, who asked not to be identified because talks were still ongoing. The delegate called the process “untransparent, chaotic, unpredictable.”

Mr. Meyer, who has attended all but one of the 27 United Nations climate summits, said, “No matter what happens, the Egyptians get a share of the blame for this process. The key is to engage parties early, to build trust, to identify landing zones. The Egyptians waited very late in the game to do any of that. They’ve essentially given parties a few days to try and work magic.”

“I’m not sure Houdini could’ve solved it,” said Mr. Meyer. “But, let me know if you see Houdini walking around in the halls.” 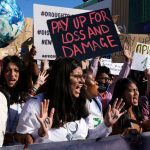 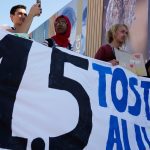 A Clash Over Degrees: How Hot Should Nations Allow the Earth to Get? 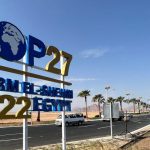 John Kerry Plans to Meet With Biden to Discuss His...
3 mins ago
3 Bold Ideas to Shake Up Your Holiday Tabletop Decor
13 mins ago
Late-Winter and Early-Spring Bloomers for the Southeast
35 mins ago