Home » U.S. Warns China Not to Turn Pelosi’s Expected Trip to Taiwan Into a ‘Crisis’
News

U.S. Warns China Not to Turn Pelosi’s Expected Trip to Taiwan Into a ‘Crisis’ 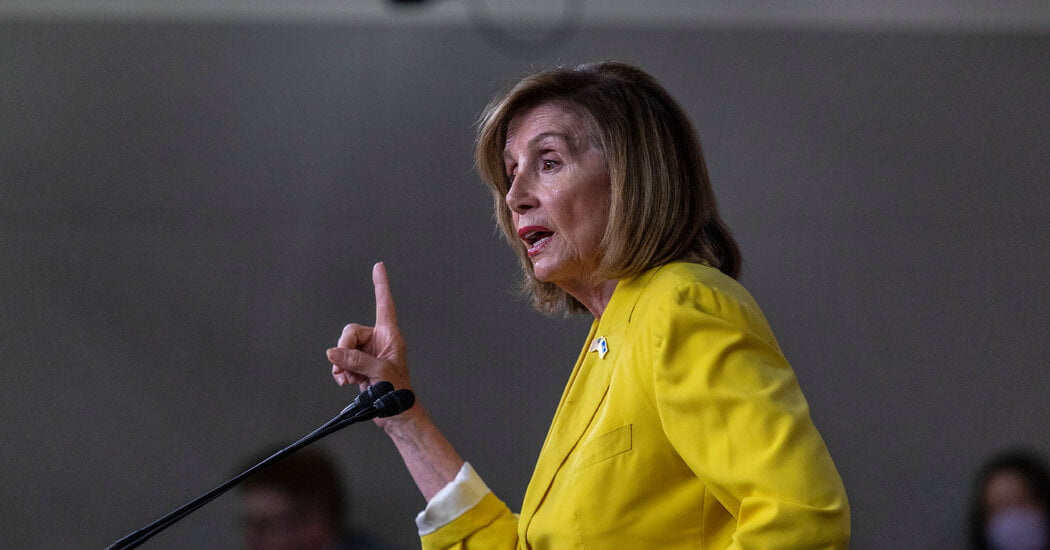 WASHINGTON — The United States warned China on Monday not to respond to an expected visit to Taiwan by Speaker Nancy Pelosi with military provocations even as American officials sought to reassure Beijing that such a trip would not be the first of its kind and would not represent any change in policy toward the region.

With tensions rising along with Ms. Pelosi’s travels across Asia, John F. Kirby, a spokesman for the National Security Council, said the administration was concerned that China would potentially fire missiles into the Taiwan Strait, send warplanes into Taiwan’s air defense zone or stage large-scale naval or air activities that cross the median line in the middle of the strait.

“There is no reason for Beijing to turn a potential visit consistent with longstanding U.S. policy into some sort of crisis or use it as a pretext to increase aggressive military activity in or around the Taiwan Strait,” Mr. Kirby said at a White House briefing. “Meanwhile,” he added, “our actions are not threatening and they break no new ground. Nothing about this potential visit — potential visit — which by the way has precedent, would change the status quo.”

Mr. Kirby did not say whether American intelligence agencies had detected any concrete indications of Chinese actions, but he was unusually specific in outlining the possible responses that the United States anticipated. White House officials have privately expressed concern that a visit by Ms. Pelosi would touch off a dangerous cycle of escalation in Asia at the same time Washington is already consumed with helping Ukraine fight off Russia’s invasion.

In fact, he addressed the Taiwan friction moments after the White House announced another $550 million in arms to be sent to Ukraine, bringing the total to more than $8 billion since the invasion began in February and underscoring how much of America’s military industrial capacity has been invested in the war in Europe.

Ms. Pelosi, a longtime China hawk, has not confirmed that she plans to visit Taiwan even as she stopped in Singapore on Monday, but all indications suggest that she will make a stop on the self-governing island without prior announcement. She originally planned to visit Taiwan in April but called off that trip after testing positive for the coronavirus.

Mr. Kirby said American officials did not necessarily anticipate an attack by China in response but cautioned that the possible military demonstrations of force could touch off conflict by mistake. “It does increase the risk of miscalculation, which could lead to unintended consequences,” Mr. Kirby said.

He seemed particularly intent on getting the message through to Beijing that it should not view any visit by Ms. Pelosi as a fresh provocation by the United States since she would not be the first speaker to go there; Speaker Newt Gingrich stopped in Taiwan in 1997. Mr. Kirby also stressed repeatedly that the United States still subscribed to its one-China policy of not recognizing independence for Taiwan.