Home » Ukraine hits a key bridge in Kherson as Russia steps up missile strikes across the south.
News

Ukraine hits a key bridge in Kherson as Russia steps up missile strikes across the south. 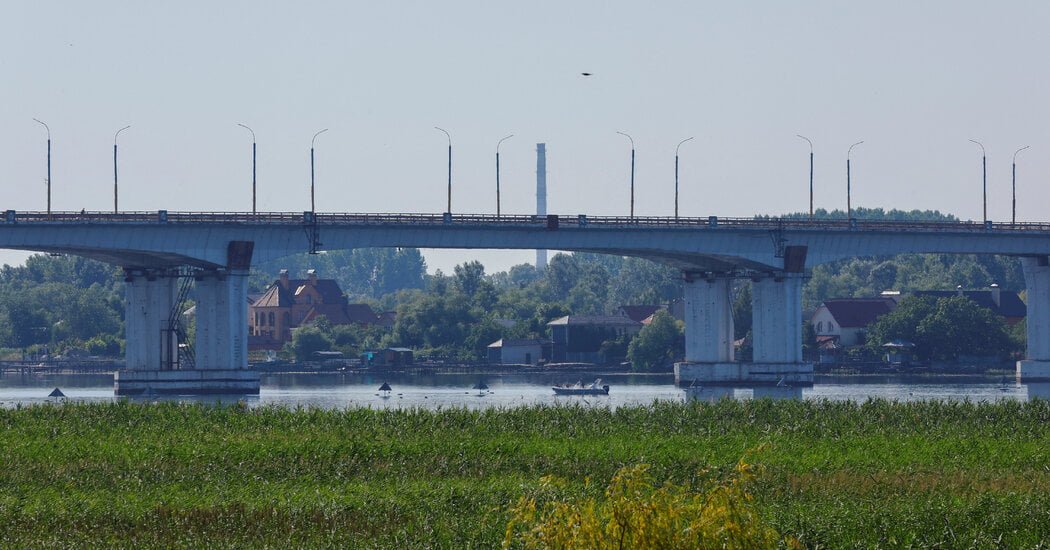 Explosions lit up the sky over the southern city of Kherson overnight, and as dawn broke on Wednesday it was clear that Ukrainian long-range missiles had once again found their target: a bridge that is critical in the Russian effort to resupply the forces charged with holding the port city.

At the same time, dozens of Russian missiles struck targets across the southern regions of Odesa and Mykolaiv, hitting port and transport infrastructure, two leisure centers, houses, a parking lot and two restaurants, according to Ukraine’s southern military command.

The Russian Ministry of Defense said its forces struck Ukrainian military strongholds, killing scores of soldiers, and other key Ukrainian infrastructure. The claims could not be verified. But it was clear that both armies were trying to limit their opponents’ logistical operations.

Ukrainian forces are under pressure to demonstrate to their Western allies that they cannot only mount a muscular defense but are capable of reclaiming lost land. And Kherson has emerged as a key battlefront as Ukrainian forces set the stage for a broad offensive to retake the region’s capital city.

The Ukrainian ministry of defense said its strikes on routes in and out of Kherson had created “an impossible dilemma” for the Russian forces: “Retreat or be annihilated.”

Moscow continues to move troops and military equipment in the direction of Kherson to reinforce its defensive positions, according to the Ukrainian military high command.

Ukraine targeted the Antonivsky bridge, which spans the Dnipro River, following up on two strikes last week in which its forces hit the bridge using a HIMARS truck-mounted, multiple-rocket launcher newly supplied by the United States. The overnight strike, reported by a spokeswoman for Ukraine’s southern military command, Natalia Humeniuk, punctured the road surface, according to a video released by the Ukrainian government, which said the span had been closed to traffic.

The bridge has been the main transit route for Russian supplies coming in from Crimea, which Moscow annexed in 2014, to Kherson, the first major city that Moscow seized after President Vladimir V. Putin of Russia launched his invasion five months ago. The targeting of the bridge is part of a broader effort to isolate Russian forces based west of the Dnipro river, which runs the length of Ukraine and divides the eastern and western halves of the nation.

On Wednesday, the southern command said it took back two villages in the north of the Kherson region, Andriivka and Lozove, creeping closer to the city of Kherson.

Some villagers in the area cheered Ukraine’s growing counteroffensive: “It is good they liberated these villages but the one where my farm is still occupied,” said a farmer, Oleksandr Kyrychyshyn. Speaking by telephone, he said: “All my equipment, all my grain, all my petrol is there.” He said that the only civilians left in Andriivka were those too elderly or infirm to have left.

An adviser to Ukraine’s administration in Kherson, Serhiy Khlan, said that Russian forces are building a pontoon crossing over the Inhulets River in Darivka, northeast of the city of Kherson, to facilitate the transport of heavy equipment given damage to the main bridge.

The Russian effort to reinforce its positions in Kherson has been an ongoing process for months, according to Ukrainian officials. Oleksiy Gromov, the deputy chief of the Ukrainian military general staff, said last month that Russian forces are dismantling concrete irrigation structures around the Kherson region to build concealments for their heavy artillery from Ukrainian strikes.

“Much attention is paid to masking positions,” he said.

Johnny Depp vs. Amber Heard Trial Continues: Everything We Know