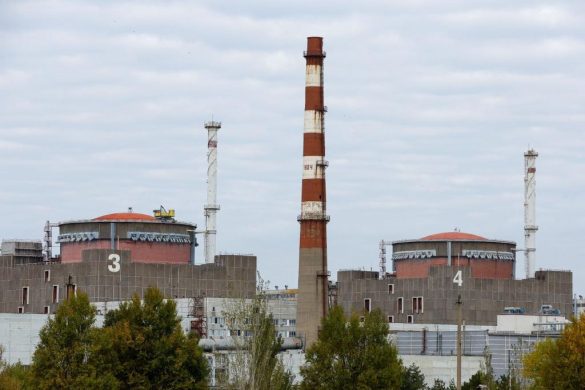 The plant, in Russian hands but operated by Ukrainian workers, has 15 days’ worth of fuel to run the generators, Energoatom said.

Russian strikes were also reported in Kriviy Rih, in central Ukraine, and in Sumy and Kharkiv, in the northeast. Heavy fighting was ongoing in the eastern regions of Luhansk and Donetsk.

“The enemy is trying to keep the temporarily captured territories, concentrating its efforts on restraining the actions of the Defence Forces in certain areas,” Ukraine’s general staff said on Thursday.

Russia has said it targeted infrastructure as part of what it calls its “special military operation” to degrade the Ukrainian military and remove what it says is a potential threat against Russia’s security.

As a result, Ukrainian civilians have endured power cuts and reduced water supplies in recent weeks. Russia denies targeting civilians, though the conflict has killed thousands, displaced millions and left some Ukrainian cities in ruins.

Foreign ministers from the G7 group of rich democracies will discuss how best to coordinate further support for Ukraine when they meet on Thursday in Germany following recent Russian attacks on energy infrastructure.

The attacks come after Russia said it would resume its participation in a deal freeing up grain exports from Ukraine, reversing a decision that world leaders warned would increase hunger globally.

Russia, whose forces invaded Ukraine on Feb. 24, announced the reversal on Wednesday after Turkey and the United Nations helped keep Ukrainian grain flowing for several days without a Russian role in inspections.

The defence ministry justified the resumption by saying it had received guarantees from Ukraine that it would not use the Black Sea grain corridor for military operations against Russia.

“The Russian Federation considers that the guarantees received at the moment appear sufficient, and resumes the implementation of the agreement,” the ministry said in a statement.

Ukrainian President Volodymyr Zelensky said it was important to stand up to “crazy Russian aggression that destabilises international trade”.

“After eight months of Russia’s so-called special operation, the Kremlin is demanding security guarantees from Ukraine,” Zelensky said in his nightly video address.

“This is truly a remarkable statement. It shows just what a failure the Russian aggression has been and just how strong we all are when we maintain our unity.”

The grain deal, originally reached three months ago, had helped alleviate a global food crisis by lifting a de facto Russian blockade on Ukraine, one of the world’s biggest grain suppliers. The prospect of it collapsing this week revived fears of a worsening food crisis and rising prices.

The prices of wheat, soybeans, corn and rapeseed fell sharply on global markets after Russia’s announcement.

Zelensky credited Turkey and the United Nations for making it possible for ships to continue moving out of Ukrainian ports with cargoes after Russia suspended participation on Saturday.

Russia suspended its involvement in the deal saying it could not guarantee safety for civilian ships crossing the Black Sea after an attack on its fleet. Ukraine and Western countries called that a false pretext for “blackmail”, using threats to the global food supply.

In the south, a Ukrainian counter-offensive has left Russian forces fighting to hold their ground around the city of Kherson, where Russian-installed authorities are urging residents to evacuate, the Ukrainian military said.

Residents who had collaborated with occupying forces were leaving and some departing medical staff had taken equipment from hospitals, it said.

Residents of the town of Nova Zburivka had been given three days to leave and were told that evacuation would be obligatory from Nov. 5.

Russian authorities have repeatedly said Ukraine could be preparing to attack the massive Kakhovka dam, upriver on the Dnipro, and flood the region. Kyiv denies that.

“Obviously, we are afraid of this. That is why we are leaving,” resident Pavel Ryazskiy, who was evacuated to Crimea, said of the possibility the dam could be destroyed.

Reuters was unable to verify the battlefield reports.

In Washington on Wednesday the United States said it had information that indicated North Korea is covertly supplying Russia with a “significant” number of artillery shells for the war.

White House national security spokesperson John Kirby did not provide evidence but he told a briefing that North Korea was attempting to obscure the shipments by funneling them through the Middle East and North Africa. 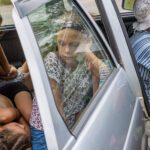 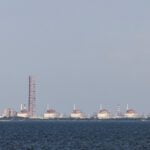 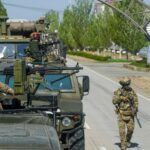