Upstaged! Final NBC scene of ‘Days Of Our Lives’ interrupted by Queen’s death 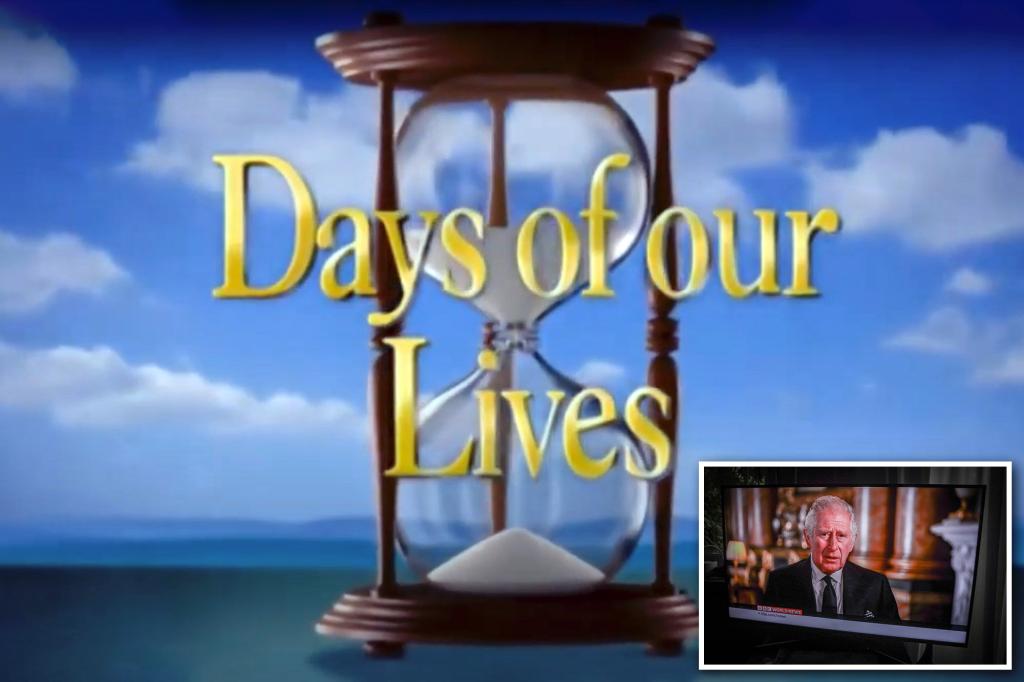 Like sands through the hourglass — so flowed the outrage from “Days of Our Lives” fans Friday.

Watchers of the 57-year-old soap opera in New York suffered a real life melodrama Friday when the final scene of the show on broadcast TV was interrupted by live coverage of Queen Elizabeth’s death.

The last ever episode to air on the tube before “Days” is moved to streaming-only was cut short in its final moments by King Charles III’s speech Friday afternoon, creating the ultimate cliffhanger and enraging viewers.

In the scene, the character Gabi Hernandez was visiting the grave of her late lover to confess she had a new romantic interest — when she was suddenly upstaged by the 73-year-old royal in New York and other states, according to deadline.com.

“But, you know, even though — ” the character,  played by Camila Banus,  could be heard saying before she was suddenly silenced.

“I UNDERSTAND THAT THE QUEEN DIED AND IT’S A BIG DEAL…IN EUROPE. BUT WE ARE NOT A MONARCHY. WE ACTUALLY REVOLTED AGAINST IT. SO WE DONT NEED 24/7 COVERAGE WHEN DAYS OF OUR LIVES IS AIRING THEIR LAST EPISODE EVER ON NBC,” one fan fumed.

Another raged, “Why the f–k should we have to miss days of our lives just because some queen died in the UK this is the USA and I don’t give a flying f–k about her or he family.”

The network announced last month the soap opera, which debuted in 1965,  would move to the streaming service exclusively starting Sept. 12.

How to Let Out Your Rage in Healthy, Productive Ways
38 mins ago
SS23 Looked To The Ocean For Beauty Inspo
48 mins ago
Post Malone’s New Face Tattoo Will Have You Saying “Wow”
49 mins ago