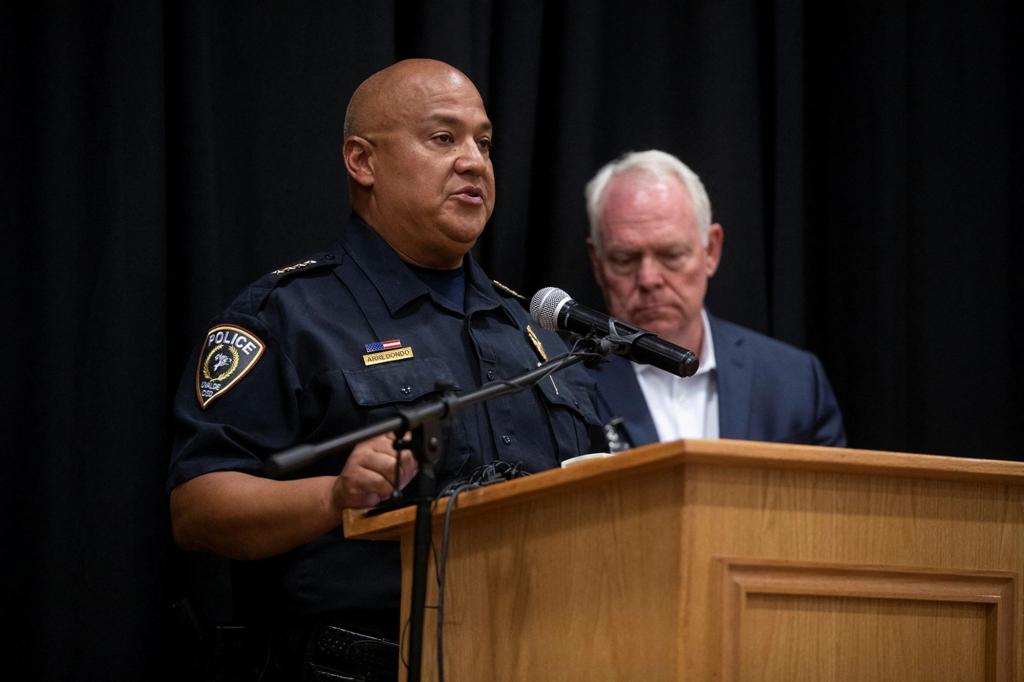 Uvalde school district police chief Pete Arredondo, who has been sharply criticized for law enforcement’s delayed response to the Robb Elementary School shooting, was demoted from his previous job in the Webb County Sheriff’s Office, the San Antonio Express-News reports.

Arredondo, a three-decade veteran in law enforcement, worked at the Uvalde Police Department from 1993 to 2009, records show.

He took a job as assistant chief with the Webb County Sheriff’s Office in 2009, but was demoted to commander in 2014 because he “couldn’t get along with people,” Webb County Sheriff Martin Cuellar told the San Antonio Express-News.

“Basically, that’s what happened,” Cuellar told the local newspaper. “He was difficult to get along with — with his coworkers, especially upper staff. The basic thing I want to say is he just didn’t fit the qualifications or the work that I set out for him.”

Arredondo took a job with the Unified Independent School District in Laredo, Texas, in 2017, before returning to Uvalde as the school district police chief in 2020.

About two years later, on May 24, 2022, Aredondo was the on-scene commander who state law enforcement officials say made the fateful decision not to confront a gunman at Robb Elementary School immediately.

Texas House lawmakers who are investigating the shooting called Arredondo’s decision to hang back a “terrible, tragic mistake.” The embattled school police chief testified that he thought the situation had turned into a “barricaded subject” and didn’t know there were children in the room.

Uvalde school officials placed Arredondo on unpaid leave in June, but a termination hearing to determine his future has been delayed twice.

Arredondo did not respond to a request for comment on Thursday.

Pat Carroll, Voice of Ursula in The Little Mermaid, Dies at 95

Joining a Theater Club Set the Stage for Romance