Home » What do Europeans think about the state of their union?
News

What do Europeans think about the state of their union?

Recent surveys of EU citizens have shown that they are generally optimistic about Europe’s future and support the EU’s effort to address the war in Ukraine.

However, many are concerned about rising prices and whether they can afford their energy bills this winter.

A recent YouGov poll conducted in five European countries found that Europeans are concerned about the energy crisis leading to social unrest.

Here’s what several Europeans across the bloc told Euronews about the state of the union.

Francesco Bortoletto, a 26-year-old student in Italy, told Euronews that the EU is currently “at a crossroads” confronted with historic questions that require a vision for the future.

“While the EU showed unity in the face of the pandemic and in the early days of the Ukrainian war, it seems member states are now less united to address the energy crisis,” Bortoletto said.

“The very fact that EU governments haven’t yet found an agreement on the price cap for Russian gas is quite telling of the point we’re at.”

He thinks that as the EU faces a difficult winter, they need a united response to the crisis.

The EU “should probably ditch the unanimity rule for decisions (on capping gas prices and investing in renewables), so that it doesn’t get constantly blocked by reticent governments,” he said.

Angela, a 72-year-old retired company owner from Germany, said that the European Union has become “weaker due to the disagreements about the fundamental principles” in her view.

“That has been caused because there is no majority rule, and the parliament does not have enough power over the executive Commission.”

“Nevertheless, I still believe in the EU and I hope there will be a more positive development,” she said.

Angela added that the EU has not put enough energy into researching alternative energies to become independent from Russia and could have worked harder towards diplomatic solutions instead of “emphasising military actions and sanctions only.”

For Angela, the energy crisis is having a direct impact on her as well.

“I have to take money-saving actions. I makes me terribly angry when I read that at the same time energy producers make enormous extra profits and don’t even get slapped with high taxes or other measures,” she said.

Kenny, a school caretaker in Ireland, told Euronews that he was worried about the rise of far-right parties in the European Union and that the body is “out of touch with the real people that are on the ground.”

He said that he thought EU leaders could do a lot more to respond to the war in Ukraine and the energy crisis and tackle other problems as well.

“Sometimes it feels like they want the war to go on for a long time to distract us from all the other problems we have going on in the European Union food fuel poverty cost of living etc,” he said.

“And all this talk about zero emissions by 2025 is going to put more of the population in poverty.”

Lawrence, a 25-year-old software analyst from Romania, said he sees the European Union as more united than it was during the 2015 refugee crisis.

“A couple of years ago when there was a refugee crisis, because of Syria and Afghanistan, it really felt like the EU was about to break and the mood was not good at all,” he said.

Lawrence, who is half Romanian and half Syrian, thinks now that Russian President Vladimir Putin instead of destroying Europe has resulted in it working together more.

“I think right now what we’re seeing is a united Eastern Europe, which would take more shape in the next ten years and would become much more powerful than we see it now,” Lawrence added.

But he said that the EU response to the energy crisis was late, adding that Russia could still cut off gas to the EU completely.

Lawrence said that he would like the EU to be more “inclusive” with eastern Europe, adding that eastern countries had been warning for years that Russia was a threat.

Katka, a 32-year-old editor currently on maternity leave in the Czech Republic, said that her country’s membership in the union was important due to the values shared with the rest of Europe.

She sees the EU as a “unifying institution” but said it remains to be seen how well it protects member states.

But inflation is having an impact on life in the Czech Republic, she said.

“Together with the very high prices of real estate and rents, living in the Czech Republic has become very complicated. We are really struggling with this,” she told Euronews.

Katka said that in addition to the energy crisis, it’s important the the EU continues to focus on the climate crisis.

“It is necessary to ensure, among other things, that this effort (to address the climate crisis) does not stop because of the need to replace the missing resources with others,” she said.

Zagyvai Márton from Hungary told Euronews that he thinks the European Union is on the right path and that everything should be done to help Ukraine.

While he said that the cost of living crisis was having an impact on everyone, he added, “I think we must pay this price for the free and independent Ukraine.”

He hopes that the EU will change their voting system as well.

“The EU shouldn’t support illiberal regimes like Hungary. I hope that they will eliminate the possibility of veto,” he said. 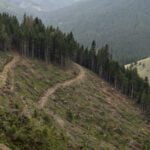 I was replaced 3 hours after quitting — you are dispensable, too

FANTASTIC CEMENT CRAFTS YOU WILL LOVE
57 seconds ago
What Is Real-Time Protection, and Why Is It Important?
24 mins ago
This is the latest in a grim history of deadly...
40 mins ago