Home News When will the EU end seasonal clock changes? Only time will tell.
News

When will the EU end seasonal clock changes? Only time will tell. Years after the proposal to end the seasonal changes of time across the EU was first released, Europeans will on Sunday have to again set their clocks back, a practice that’s unlikely to change soon.

The European Commission unveiled its proposal to abolish the time change in September 2018 following a public consultation in which an overwhelming majority of the 4.6 million European citizens who took part called for the practice to be brought to an end. The proposal was then rubber-stamped by MEPs in the first half of 2019.

“There is a bandwidth issue,” Jakop Dalunde, a Swedish MEP (Greens/EFA), and shadow rapporteur on the proposal to discontinue the seasonal changes of time, told Euronews.

“The political system cannot handle all things at once. Not to talk about Brexit, but one of the biggest examples is that it’s been very difficult for UK politics to handle other societal changes while Brexit was happening. And right now, the European system has to deal with a lot,” he added.

EU leaders are currently wrestling with Russia’s war in Ukraine which has pushed energy and food prices to new highs, hitting European consumers and businesses hard and threatening to push the economy into recession.

Before that, it was COVID-19 and its successive, unrelenting waves that left over a million people dead in the EU alone and an economy on tenterhooks.

Daylight Saving Time (DST), where clocks are set ahead one hour in early spring and set back one hour in the autumn, was first introduced in Europe in 1916 when Germany, then still at war, was trying to reduce consumption of coal so it could be used for its weapon factories.

Most neighbouring countries, as well as the UK, US and Australia, followed suit.

The practice was mostly abandoned in Europe after World War II but was rolled out once more in the 1970s due to the oil shock, in a renewed bid to reduce the need for artificial light and thus energy use.

A number of studies have since shown that its impact on energy consumption is now negligible thanks in part to advances in technology. Evidence is however mounting that DST has adverse effects on health.

There are, for instance, more heart attacks and digestive and immune-related diseases in the week following the shift to DST. A small bump in car accidents also tends to be recorded.

That’s because our “social clock”, ie, the schedule under which our societies operate, and our internal clocks, which are more or less aligned with the sun, are out of whack.

As time goes by

But ending the practice is not easy and necessitates a lot of decisions at the highest level because time is very political.

Benelux, France and Spain are the perfect examples of that.

Logically time should be set based on meridians. The UK and Morocco for instance are aligned yet European countries geographically between them on the same meridians, including France, Germany and Benelux, which are an hour ahead.

This dates back to World War II.

When Nazi troops invaded the Netherlands, Belgium and France, they demanded they switch to German time. Switching back after the defeat of Nazi Germany was deemed too disruptive.

Time for a change?

Now the question is back on the table and EU countries should sort it out among themselves, according to the Commission.

“It is up to the Member States to determine the legal time they wish to apply, as the effects of this choice are likely to depend on the geographical situation of the country,” a Commission official told Euronews.

“Therefore, each Member State is best placed to make this assessment, taking into account the possible scenarios for the choice of permanent legal time, their effects, the results of national dialogues and consultations with other Member States,” they added.

MEPs however, wanted “the Commission to do this, look at the map and come up with a proposal”, according to Dalunde, in order to speed up and facilitate negotiations between member states.

First up for EU countries is whether to stick to standard time — ie winter time — or choose summer time.

Coordination is essential to ensure that direct neighbours sharing meridians choose the same standard time and to, therefore, “avoid a patchwork of time zones so that it’s more or less sorted out in a way that looks homogeneous, that doesn’t disrupt the market and the trade between member states,” Ariadna Guell, coordinator of Barcelona Time Use Initiative for a Healthy Society, told Euronews.

Turning back the clocks

The initiative has come up with its own proposal that would see European countries split into four different time zones, mostly based on the current winter time.

“These four time zones are the ones that best align our social time, our clock, with what we call the natural time — so the geographically correct time if you want,” Guell explained.

“These guarantee that each country has the sun in its highest position at noon. This way we can make the most of our life hours. And also because this is the way that chronobiology is, that is the science that studies how our internal rhythm affects our health. This is what they say is the best for our collective health,” she added.

The UK, France, Spain and Benelux countries would be under the same Western European Time Zone.

The EU countries in this zone would actually be setting their time an hour back from their current standard time in order to retain an hour difference with a new Azores Time Zone in the west and the Central European Time Zone in the east.

Spain and Portugal would be in different time zones however with Lisbon aligned with Iceland in the Azores Time Zone, which Guell, doesn’t see as much of an issue.

More problematic however would be for the island of Ireland to be split into two different time zones.

“I think that probably here Ireland will have to take a political decision and just decide to stay in the same zone as the UK to preserve the unity of the whole island,” Guell conceded.

Only time will tell

So when will we call an end to changing the clocks?

In order for discussions to resume, the topic needs to be put on the agenda by the country that holds the rotating presidency of the European Council. The last time the topic was discussed was during the Finnish presidency in the second half of 2019.

“Our best case scenario would be that the next presidency of the council puts that into the agenda,” Guell said.

If that is the case, then DST could be abolished in 2025 since a one to two-year period following an agreement would likely be required to ensure transport services including trains and flights can adapt their schedules.

But Sweden will assume the six-month presidency on January 1 and according to Dalunde, chances it will pick up the file are slim.

“So I’m not sure that Sweden would be the likely candidate of the country pushing this issue,” he said.

Euronews has reached out to Sweden’s permanent representation in Brussels for comment.

The MEP is however confident, that time changes in Europe should be a thing of the past before the end of the decade.

Only time will tell if his prediction proves true. 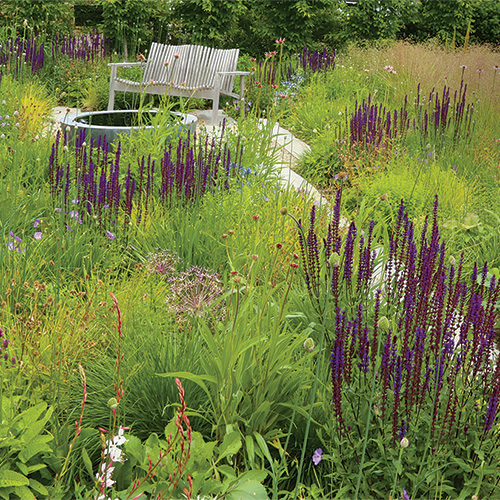 Planting Plan for a Garden that Fills in Fast 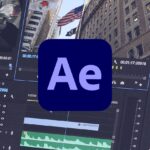 Three Ways to Garnish Your Halloween Cocktails With Candy

100 BACK TO SCHOOL HACKS! FUN CRAFTS AND TOYS FOR...
4 mins ago
Who Is Dina Boluarte, the New President of Peru?
11 mins ago
How to Squirrel Away More Money
46 mins ago