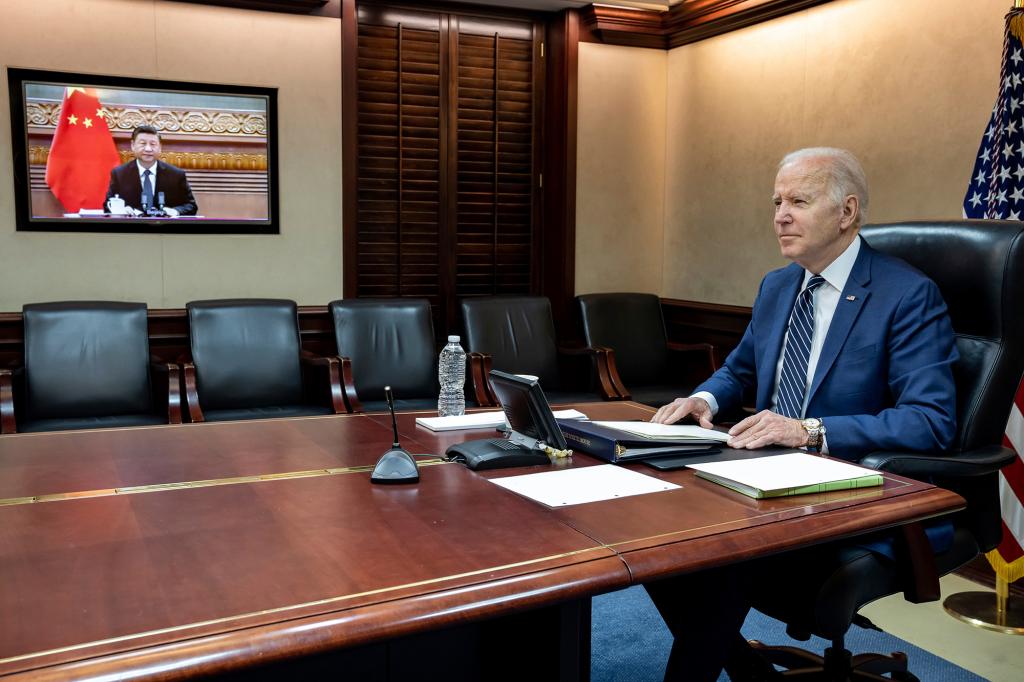 Fentanyl smuggled largely from China drove a spike in US drug overdose deaths in recent years, with 107,000 Americans losing their lives in 2021. COVID-19, meanwhile, has resulted in more than 1 million American deaths, with the US intelligence community saying it may have come from a Chinese lab.

“On China, you just mentioned that President Biden intends to bring up South China Sea issues. I was wondering if we could also expect him to be bringing up issues regarding fentanyl exports from China and regarding the origins of COVID-19,” The Post asked Kirby at the White House press briefing.

“I think, as I said, there’s going to be a range of issues,” said Kirby, ducking the question. “We’ll give you a full read out after that call’s over with.”

“Are those two major ones that you would expect?” The Post pressed.

“They are big issues, no argument. I think we will give you a readout on the call after it’s over,” Kirby said. “I don’t want to go into any more detail of the call than I just did.”

Moments earlier, Kirby volunteered that Biden would likely raise the South China Sea during his talk with Xi. The sea has islets that are disputed among several countries in the region, including the Philippines and Vietnam.

“I would fully expect that, as part of the president’s conversation, that tensions in the South China Sea will come up, as they have routinely with respect to China’s excessive maritime claims that aren’t backed up by international law,” Kirby said.