Home News ‘Who knows for how long’: Spaniards prepare for water restrictions
News

‘Who knows for how long’: Spaniards prepare for water restrictions 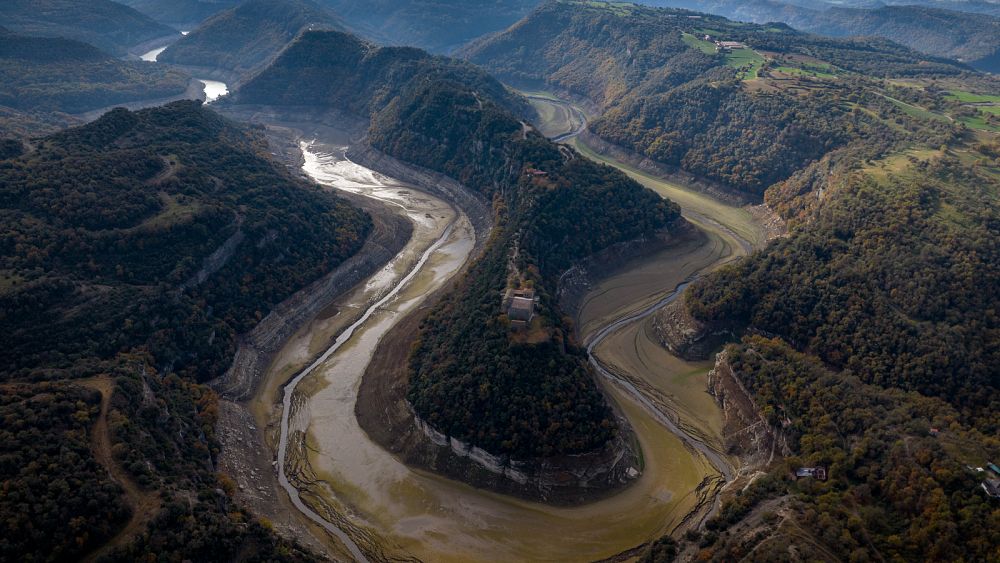 Taking a dip in a swimming pool just a month before Christmas seemed foolish but after Barcelona enjoyed balmy weather more akin to a warm spring, Domingo Vazquez, 24, was sorely tempted to make a splash.

“I am sure the water will be freezing but this weather has been so warm. It feels just right for a quick swim at least,” the music teacher said.

He did not disappoint as he gingerly swam a few lengths at an outside pool near Barcelona.

But from Friday, these symbols of luxury were under the spotlight when Catalan authorities imposed a raft of water restrictions after Spain endured the longest drought since records began.

Under the new rules, pools cannot be refilled, showers are limited to five minutes, many municipal fountains have been turned off, cars cannot be cleaned, and gardens can only be washed two days a week. Private water companies will alert authorities if households are using too much water.

So far, drinking water has not been cut but unless the heavens open soon, authorities may have to impose more restrictions in Barcelona and more than 500 towns in this northeastern region.

It’s the second area in Spain to impose water restrictions.

Seville cut water supplies in September after a long summer when temperatures reached as high as 47 degrees Celsius near Cordoba in southern Spain.

The parched Mediterranean nation has experienced the longest-running drought since records began in 1961, according to AEMET, the Spanish meteorological agency.

Catalonia’s reservoirs are down to 34% of capacity, according to Spain’s ministry for ecological transition.

The long arid spell has even spawned a new phenomenon: drought tourism.

At the Sau reservoir 100 kilometres north of Barcelona, the water has fallen to 18% of capacity.

It means the 10th-century San Pau church which was submerged in 1962 on the orders of the Spanish dictator, General Francisco Franco, has emerged from the depths to become a big draw.

Kayaking and canoeing usually attracted the crowds but now weekend visitors from Barcelona come to take selfies outside the church which is fully visible.

“People are now just coming here to have their photographs taken so I decided to close the kayaking in September. There was not enough water and there was so much mud it was not good,” Sebastian Parès, owner of Kayak Sau, told Euronews.

“It has not been a good year and even if it rains next year probably will not be much better. It is a worry.”

Parès said the company had survived despite the drought because it offers other activities like electric biking.

Drivers queue to wash their cars

Back in Barcelona, at the cut-price BonArea garage, there is normally a queue of drivers waiting to fill their cars with cheaper fuel, especially since the cost-of-living crisis pushed petrol prices up.

But on Thursday night, they were waiting in line to wash them before a ban came into force the next day.

“It is the last time we can do this before these restrictions come in. Who knows how long this will be before there is some rain here?” María Barros, a businesswoman who was washing her new Kia, told Euronews.

Barros lives nearby in Castelldefels, a well-off suburb of Barcelona, where she owns a swimming pool.

Under the new rules, pool owners cannot refill their pools but those who use the same water do not have to make any changes.

Homeowners can only water their gardens two days a week. Homes with even numbers can offer the plants some relief on Wednesday or Saturday, while odds can do the same on Thursday and Sunday.

Streets cannot be washed with drinking water; farmers and industrial companies have had water supplies reduced by 25%.

Patri­cia Plaja, a spokeswoman for the Catalan regional government, said it would not be necessary to limit water use for homes for washing, drinking or cooking.

“Be aware of the exceptional situation the country is facing,” she told a press conference. “The climate context (means) that Catalonia will suffer longer and more frequent droughts.”

Nearly half of all the public fountains in Barcelona will be turned off.

A popular draw for tourists, the Magic Fountain, whose waters are coloured at night while classical music is played, has been spared – for now.

The taps were turned off for the ornamental fountain in Paseo de Gracía, Barcelona’s upmarket shopping street where Gucci, Chanel and Prada compete for the attention of tourists fresh off cruises.

In 2008, a prolonged drought forced Spanish authorities to bring in water to Barcelona via boat to guarantee domestic use.

This water crisis prompted the building of a desalination plant near Barcelona which Catalan authorities said is the largest in Europe with a capacity to produce 60 hm3 in a year. It is now running at 90% capacity, authorities said.

Climate scientists have identified the Mediterranean as one of the world’s regions that will suffer the most from increasing temperatures due to climate change.

Unless there is substantial rainfall during the winter, farmers will struggle to grow crops, according to the Catalan Water Agency, which said they could be faced with trying to irrigate crops next summer with hardly any water.

Water irrigation consumes about 70% of the water supply, according to Unesco, the UN body. 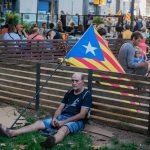 Is there still any hope for independence in Catalonia? 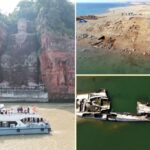 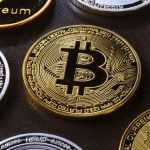 How to Use the Game Captures App on Your Xbox...
3 mins ago
Iran shutters state ‘morality police’ as protests continue after Mahsa...
23 mins ago
VIRAL MAKEUP HACKS & BEAUTY TIPS FOR ALL OCCASIONS
1 hour ago