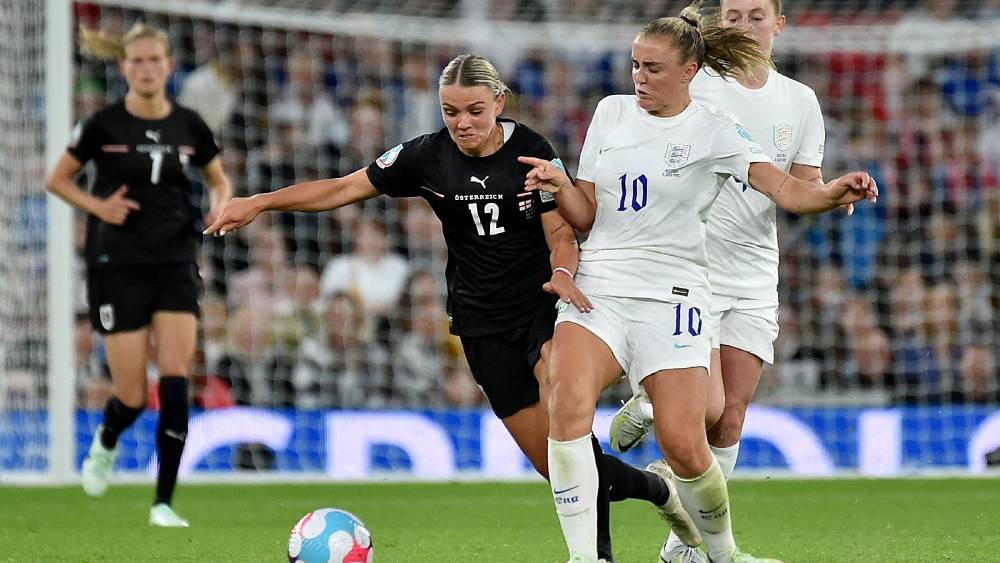 The governing body for European football has launched a new platform to identify and remove offensive social media posts as the Women’s EURO competition gets underway in front of record-breaking audiences.

Forty-one abusive posts were identified during the competition’s opener which saw England beat Austria 1-0 on Wednesday evening, UEFA said in a statement on Thursday. Of these 28 were reported to social media platforms for removal.

Nearly half of the abusive content was related to sexism (46%) with hate speech a close second (44%). Women’s football, the teams and players were also targeted with instances of homophobia.

The new platform is part of UEFA’s Respect programme aimed at tackling abuse and works through a combination of automated scanning and human review.

The governing body explained that it is closely liaising with the different teams and briefing them after each match. It is also in “frequent dialogue” with social media platforms including Twitter, Instagram, Facebook, and TikTok.

A first comprehensive summary of online abuse cases and interventions will be published at the end of the UEFA Women’s EURO group stage,” UEFA said.

The platform is expected to be used through each of the final competitions, including youth, women’s and men’s matches for the next three years.

The world of football has been reckoning over the past two years with offensive comments posted online including racist abuse targeted at players.

A few months later, British police arrested several people after three Black players of the England squad received a torrent of racist abuse online for missing penalties in their Euro 2020 clash against Italy with the team losing the title.

The UK government has since passed a new law that would ban people from attending football games for ten years if they are found guilty of online racism related to football.

The UK’s Football Association governing body has also been cracking down on improper behaviour by players, clubs, and fans with 11 different disciplinary charges levelled in June over improper and/or abusive and/or insulting language.

The opening fixture of Wednesday broke the attendance record for a Women’s Euro match by a wide margin with 68,781 turning up at the Old Trafford stadium in Manchester.

The previous record of 41,301 was set during the 2013 final that saw Germany clinch the title over Norway.

A week before the competition kicked off, UEFA had announced that more than half a million tickets had been sold – more than doubling the previous record of 240,000 set at the last event in 2017.

A fifth of the tickets had been bought by people outside of host nation England with the Netherlands, Germany, Sweden and France posting the strongest demand.

But demand also came from beyond European borders, with tickets purchased from 99 countries including Australia, China and North America.

A total of 700,000 tickets were available for the tournament in all.

The Workout Victoria Beckham Does Wherever She Is in the World
August 9, 2022
Serena Williams Announces Retirement From Tennis
August 9, 2022
Nebraska mom, teen daughter charged after illegal abortion
August 9, 2022