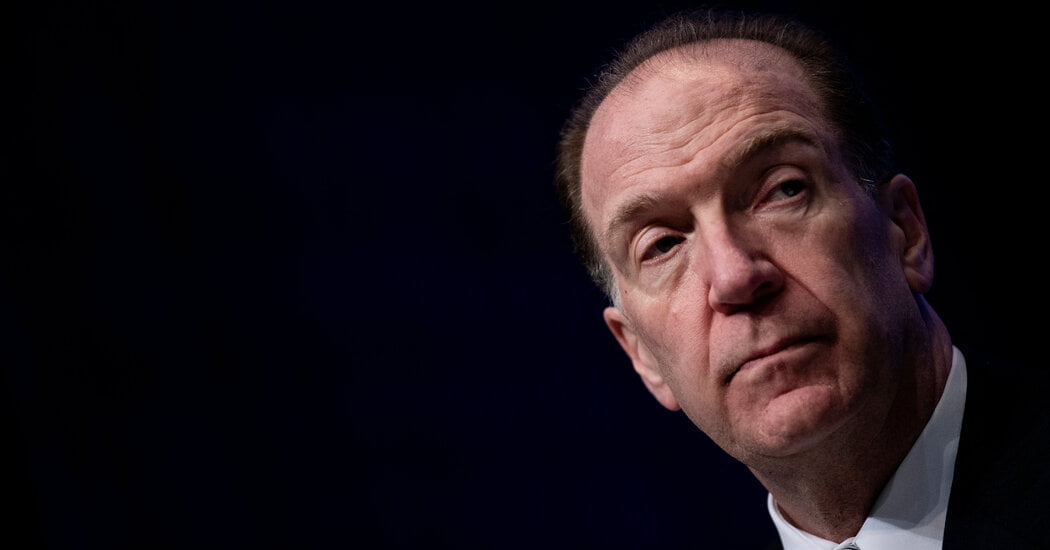 The president of the World Bank, David Malpass, on Thursday tried to restate his views on climate change amid widespread calls for his dismissal after he refused to acknowledge that the burning of fossil fuels is rapidly warming the planet.

In an interview on CNN International on Thursday morning, Mr. Malpass said he accepted the overwhelming scientific conclusion that human activity is warming the planet.

“It’s clear that greenhouse gas emissions are coming from man-made sources, including fossil fuels,” he said. “I’m not a denier.”

He also sent a memo to World Bank staff, which was obtained by The New York Times, in which he wrote “it’s clear that greenhouse gas emissions from human activities are causing climate change, and that the sharp increase in the use of coal, diesel, and heavy fuel oil in both advanced economies and developing countries is creating another wave of the climate crisis.”

That was much different from Tuesday, when he refused to acknowledge during a public event at The New York Times whether the burning of oil, gas and coal was dangerously heating the Earth.

Speaking onstage during a discussion about climate finance, Mr. Malpass was asked to respond to a remark made earlier in the day by former Vice President Al Gore, who called the World Bank president a “climate denier.” Pressed three times, Mr. Malpass would not say whether he accepted that man-made greenhouse gas emissions had created a worsening crisis that is already leading to more extreme weather.

The World Bank’s mission is to reduce poverty by lending money to poor nations to improve their economies and living standards. The loan terms are more favorable than those countries could get on the commercial market, often at low cost or no cost. The bank, which is owned by 187 countries, finances a wide range of projects from energy to education to public health.

Mr. Malpass’s equivocation concerning the basic facts of climate science quickly became a hot topic in New York, where thousands of diplomats, policymakers and activists had gathered for the United Nations General Assembly and a series of events known as Climate Week.

Many experts say the World Bank under Mr. Malpass is not doing enough to align its lending with international efforts to reduce greenhouse gas emissions, and is moving too slowly to help poor countries deal with rising seas, drought and other extreme weather resulting from the warming of the planet. The bank continues to fund oil and gas projects, despite a declaration by the International Energy Agency that countries must stop financing new fossil fuel development if the world has any hope of averting climate catastrophe.

What is the controversy about? On Sept. 20, former Vice President Al Gore called Mr. Malpass a “climate denier” during a panel discussion at a climate change event organized by The Times, suggesting that President Biden should work to remove him as the head of the World Bank.

What is Mr. Malpass’s record on climate? After his appointment as president of the World Bank, Mr. Malpass showed restraint in discussing the environment and global warming. Since President Biden’s election, Mr. Malpass has described climate change as an “immense” issuе. Under his leadership, the World Bank has launched some climate initiatives, though critics say a much more aggressive approach is needed.

Why does his position on climate change matter? The World Bank is the world’s largest development bank and has the power to fund far-reaching economic and social projects, including climate initiatives. As such, it has unique power and tools to help developing countries prepare for climate change, something that is increasingly crucial in our warming world.

“This landed because there is a very real debate about how all the capital sitting in the bank can be deployed more quickly and assertively given the situation the world is in,” said Rachel Kyte, dean of the Fletcher School at Tufts University, who has been participating in climate discussions at the United Nations this week. “This is an open wound, and whatever that was from President Malpass was disappointing.”

World Bank staff members exchanged text messages lamenting how Mr. Malpass bungled his initial response on Tuesday and expressing disappointment that he had undercut the bank’s work on climate initiatives, according to people familiar with the matter.

Some speculated about whether Mr. Malpass would leave before his term expires in 2024. He was nominated to lead the World Bank in 2019 by President Donald J. Trump. Although the United States traditionally picks the leader of the World Bank and is its largest shareholder, removing Mr. Malpass before the end of his term would require the backing of the board of governors.

One of those governors, Jochen Flasbarth, a senior economic official in Germany, reacted to Mr. Malpass’s Tuesday performance with alarm, saying on Twitter “We are concerned about this confusing signals about scientific evidence of #climatechange from the top of ⁦@WorldBank.”

The reaction from many others was even sharper.

“It’s simple,” Christiana Figueres, who helped negotiate the Paris climate agreement as head of the United Nations climate agency, said on Twitter on Wednesday. “If you don’t understand the threat of #climatechange to developing countries you cannot lead the world’s top international development institution.”

Speaking at an event on Wednesday, Mark Carney, who is leading a United Nations effort to get financial institutions to help reduce emissions, echoed Mr. Malpass’s comments — but with a distinct twist. “I’m not a scientist,” he said. “But I took scientific advice.”

The Biden administration would not say on Wednesday if it had confidence in Mr. Malpass but emphasized that the institution must play a central role in combating climate change.

“We expect the World Bank Group to be a global leader of climate ambition and the mobilization of significantly more climate finance for developing countries,” Michael Kikukawa, a Treasury Department spokesman, said. “We have — and will continue — to make that expectation clear to World Bank leadership. The World Bank must be a full partner in delivering on this global agenda.”

Activists and climate experts called for Mr. Malpass to be removed.

“There is no place at the top of the World Bank for a climate denier,” said Jules Kortenhorst, chief executive of the Rocky Mountain Institute and an expert on energy and climate issues. “David Malpass needs to step down. The World Bank deserves a passionate leader who fully appreciates the threat that climate change poses to reducing poverty, improving living standards and sustainable growth.”

Mr. Malpass’s comments on CNN did little to assuage his critics.

“At this point it’s clear he’s trying to hang on to his job after the diplomatic admonishment from the U.S. Treasury Department and other shareholders yesterday,” Luísa Abbott Galvão, senior international policy campaigner with Friends of the Earth. “Malpass has been making climate denying comments for over a decade. We cannot have a situation where a World Bank president is saying nice things publicly but working behind the scenes to block action, and that’s exactly what we’ve seen in his three years as World Bank president.”

“If the World Bank’s mandate is to end poverty, it is incompatible with its continued funding of fossil fuels that is a key driver of the climate crisis impacting on those living in poverty the hardest,” she said. “His track record does not demonstrate that he is taking the climate crisis seriously.”

Before taking over the World Bank, Mr. Malpass was an official in the Treasury Department during the Trump administration. He said little publicly about climate change in that role, though comments from 2007 suggesting that he did not believe there was a link between carbon emissions and global warming worried environmental activists. His wife, Adele Malpass, is president of the Daily Caller News Foundation, a nonprofit organization closely associated with the conservative media group that often publishes articles and opinion pieces that question climate science.

The Treasury Department oversees the U.S. relationship with the World Bank. Treasury Secretary Janet L. Yellen has several times urged Mr. Malpass, and the heads of other multilateral development banks, to do more to help countries cut emissions, invest in adaptation and climate resilience and align their operations with the Paris Agreement.

Mr. Malpass is expected to host a town hall for World Bank staff members next week, ahead of annual meetings in October in Washington. 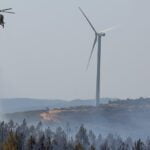 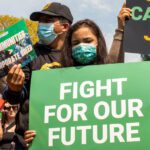 How Much Water Do Fiddle Leaf Figs Need?