Your Friday Briefing: Xi and Biden to Meet 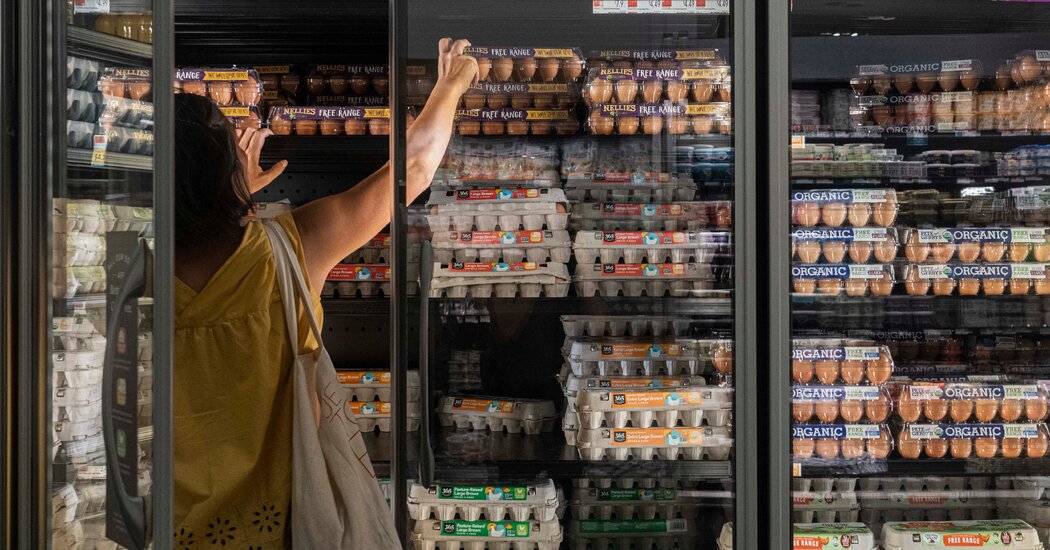 Biden and Xi to meet in person

President Joe Biden and Xi Jinping, China’s leader, will meet on Monday, before the G20 summit in Indonesia. The conversation will be their first in-person encounter since Biden took office.

Taiwan is the top issue. Tensions between China and the self-governed island democracy have been rising for months. Biden has taken a bolder stance on Taiwan than previous U.S. presidents. A senior official said he would deliver no “fundamental concessions” to Beijing, which insists that the island is part of its territory.

Expectations are low. A senior White House official framed the meeting as “building a floor” in U.S.-China relations, and said the president would be honest about his concerns. The two leaders will not release a joint statement after their meeting but are expected to discuss the war in Ukraine, trade, human rights and North Korea.

More diplomacy: Biden’s conversation with Xi will take place after another high-profile thaw. At COP27, the U.N. climate summit, John Kerry, the top U.S. climate negotiator, met at least three times with his Chinese counterpart. It was the only breakthrough since China suspended climate talks with the Biden administration in early August after Speaker Nancy Pelosi traveled to Taiwan.

Biden at COP27: The president will attend the summit today. He will try to promote the new U.S. climate law and skirt demands that his country compensate developing nations for the impacts of climate change.

Biden in Cambodia: Before arriving at COP27, he will speak with leaders of Southeast Asian countries as part of a larger effort to shore up relationships that could help contain China’s influence in the region.

Inflation appears to be slowing in the U.S., bolstering investors’ expectations that the Federal Reserve will moderate the pace of its interest rate increases. Stocks soared after the news yesterday.

While price increases are still rapid and painful for many households, the Fed’s preferred inflation measure picked up by 7.7 percent in the year through October, less than the 7.9 percent that analysts had expected.

But the U.S. economy is hardly on sure footing. The country’s technology sector, which was once considered a safe bet for the so-called best and brightest employees, is rushing to make staffing cuts, blaming a worsening economy. In the past week, Meta and Twitter have cut more than 10,000 employees each.

Politics: Inflation was at the top of voters’ minds in the midterms. But after the Democrats did better than expected, President Biden plans to hold the line on his economic policies.

Cryptocurrency: Binance, a giant exchange, pulled out of a deal to save its rival, FTX, one of the largest cryptocurrency exchanges in the world that collapsed over the last week. Now, a reckoning awaits, as investors and customers prepare to fight the company for their money.

The Ukrainian military said it recaptured 12 settlements in the region, even as its forces encountered Russian-laid mines and roadblocks. For days Ukrainians have warned that Russian soldiers were changing into civilian clothes, moving into houses and fortifying positions outside the city.

Death toll: The top U.S. general said that Russia and Ukraine have each probably suffered more than 100,000 casualties. He also raised the possibility of peace talks, though Western officials say they are unlikely in the near future.

Thailand’s military government is carrying out an experiment: What happens when a country in Asia, a region where drug laws tend to be harsh, essentially legalizes marijuana overnight?

Meanwhile, in the U.S., adventurous chefs are hosting semi-clandestine dinners that incorporate marijuana. “It’s very much like drinking a bottle of wine,” one chef said. “You’d sip on a bottle of wine over the course of a few hours, you’d get warm, feel better, feel good. Same thing with cannabis.”

‘The Crown’ returns to a changed Britain

The fifth season of “The Crown,” the Netflix series about British royals, is coming out at a pivotal moment for the monarchy and for Britain: Queen Elizabeth II died two months ago, and weeks of political and economic tumult this fall led to the downfall of Liz Truss and the ascent of Rishi Sunak, the country’s third prime minister since July.

Now Britain is divided over how the show, which returned this week, depicts the queen and the country’s thorny recent history.

Several prominent figures who are depicted in the show, including the former Prime Ministers Tony Blair and John Major, have publicly denounced the season. The actress Judi Dench said the series was, at times, “cruelly unjust to the individuals and damaging to the institution they represent,” and suggested a disclaimer be added to every episode.

“The series is now depicting events that many people in Britain lived through and can remember,” Sarah Lyall, a former London correspondent, told me. “The question of how ‘true’ it all is has become a much more resonant issue.”

But she added: “It’s a little disingenuous and self-righteous for people to say, ‘The queen has died. We can’t say anything that casts any doubt on anything she ever did.’ That doesn’t seem to jibe with how TV or popular culture works.”

For more: Here’s our review of the latest season and a profile of Imelda Staunton, who plays the queen.

Use chicken thighs as a shortcut for a weeknight version of birria, a Mexican stew traditionally made with goat.

18 of the Best Uses for Vodka, Besides Drinking

4 Reasons the Rivian R1S Is Better Than a Tesla...
30 mins ago
Global tourism rebounds strongly after COVID-19
42 mins ago
I Will Miss Alessandro Michele’s Freaky, Geeky Gucci
43 mins ago