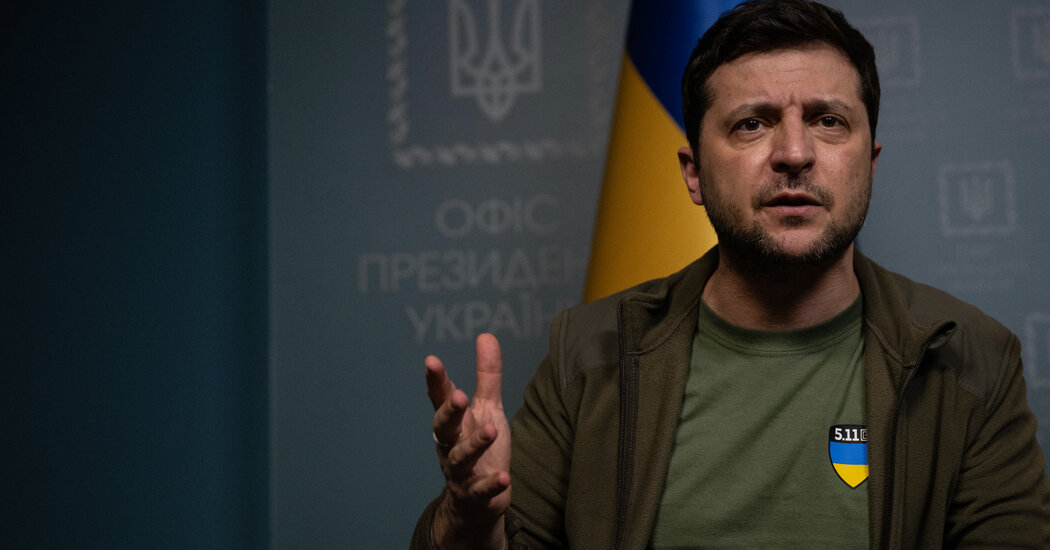 President Volodymyr Zelensky of Ukraine was named Time magazine’s person of the year on Wednesday in recognition of his leadership during his country’s war against Russia. The magazine also recognized “the spirit of Ukraine,” pointing to the country’s resilience in a rebuke to President Vladimir V. Putin of Russia.

The closely watched honor marks the latest step in a remarkable ascent that has seen Mr. Zelensky catapulted from a career as a television comedian, first to the presidency in 2019 and then, this year, to the status of a leader with global stature.

The Ukrainian leader, who has come to personify the nation’s resistance since Russia launched its full-scale invasion in February, has characterized the war as a struggle by a peace-loving people seeking freedom from tyranny.

Two decisions made in February came to define his style. When the war began, Western powers and military experts assumed that Russian forces would quickly overrun Kyiv, the capital, and expected the government to retreat to safer ground. Instead, Mr. Zelensky stayed in the city as a symbol of defiance and the continuity of civilian authority. Eventually, Ukrainian forces repulsed the Russian attack there.

The second decision was to start nightly speeches broadcast on social media. In one, shortly before the invasion began, Mr. Zelensky said, “Listen to the voice of reason,” adding, “The Ukrainian people want peace.”

In a second, delivered on the night that Russian forces crossed the border and started bombing Kyiv, he expressed a new national mission. “Putin began a war against Ukraine and against the entire democratic world,” he said. “He wants to destroy our country and everything we have been building, but we know the strength of the Ukrainian people.”

Since then, Mr. Zelensky has used his office in Kyiv to deliver a series of addresses to the U.S. Congress, the British Parliament, the European Union and many other groups, pleading for military support, thanking nations for standing by Ukraine and framing his country’s struggle as one between freedom and despotism.

Even his look — combat boots, khaki pants, a green T-shirt and a trim beard — has become a trademark, bolstering his image as a citizen soldier. In mid-November, he paid a triumphant visit to the southern city of Kherson shortly after Ukrainian forces recaptured it.

Late-Winter and Early-Spring Bloomers for the Northern Plains