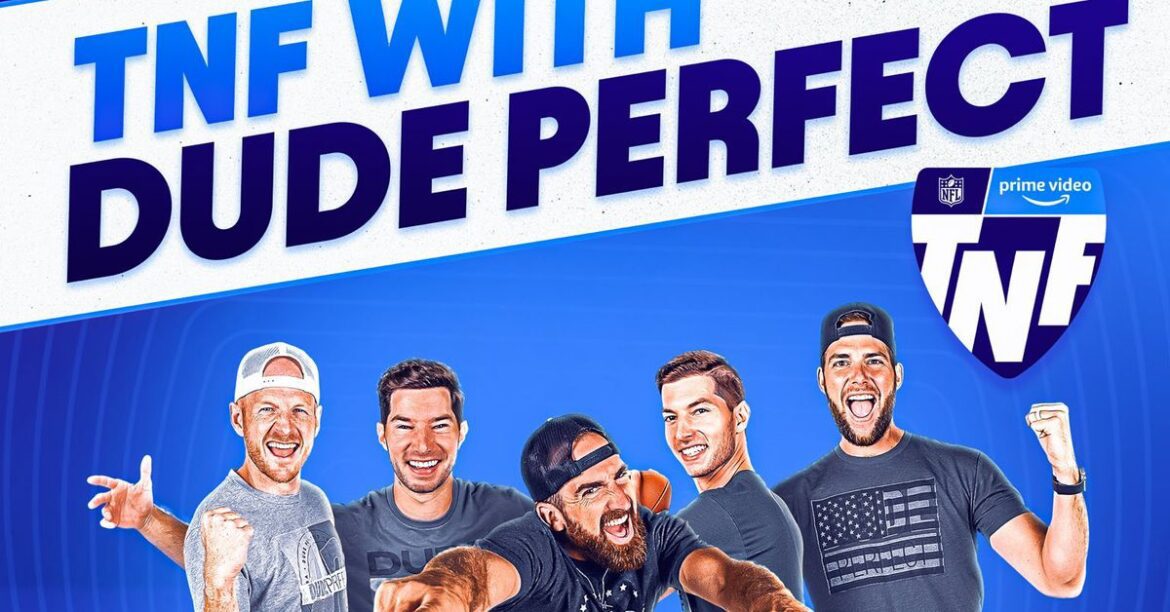 Beginning this season, Amazon Prime Video will be the exclusive home for the NFL’s Thursday Night Football. But if you don’t want to watch the main show featuring two of the biggest names in sports broadcasting, the company will be offering alternative streams, including ones starring the hugely popular YouTube channel Dude Perfect.

The Dude Perfect creators built their giant YouTube channel — it has 58 million subscribers — on things like outlandish stunts and trick shot videos, and it seems like they’ll be bringing that same energy to their Thursday Night Football broadcasts. “Watch the guys predict what happens in the next play and welcome an entertaining parade of dunk tanks, pudding cannons, special guests, and the occasional world record attempt,” Amazon wrote in a press release.

Amazon hasn’t announced exactly which TNF games will include Dude Perfect streams just yet. If the Dude Perfect crew isn’t your thing, Amazon says they are “among” the “multiple alternate stream offerings” that will be available this season.

Sports broadcasting is becoming increasingly important to big tech companies. Amazon’s exclusive TNF deal runs for 11 years (and it’s actually starting earlier than it was originally supposed to), and partnering with creators like Dude Perfect could encourage more people to tune in. Amazon is also reportedly among the bidders for the lucrative NFL Sunday Ticket package; Apple is apparently vying for that as well. And speaking of Apple, it recently announced a major sports deal of its own: it will be streaming every Major League Soccer match for 10 years beginning in 2023.

How to Deal With an Arrogant Client: 8 Tips