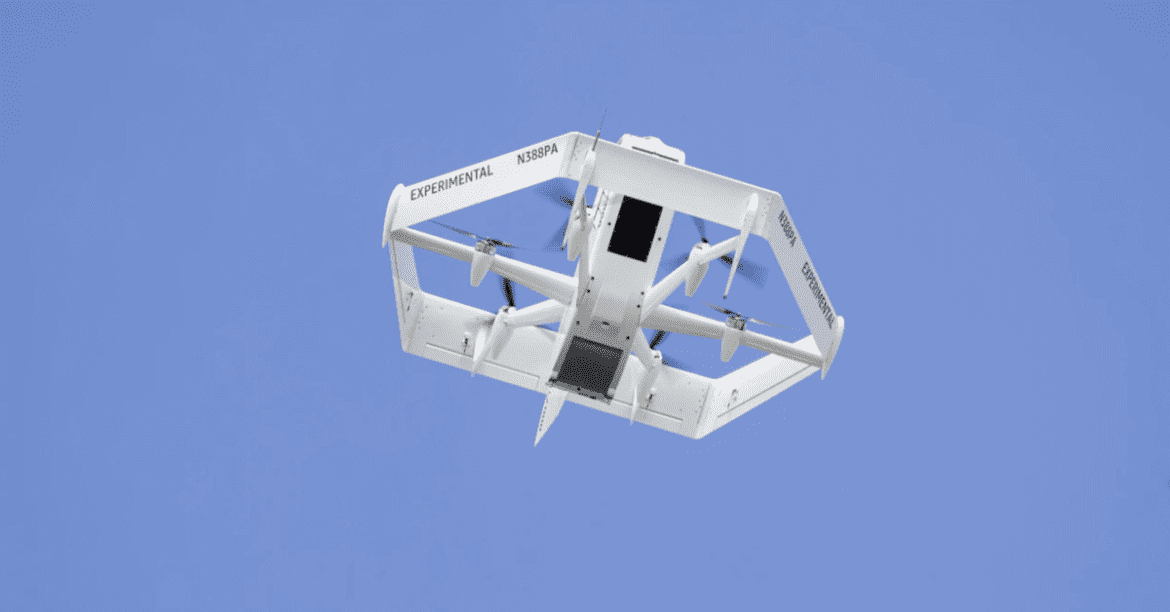 The current MK27-2 design (shown above) has a hexagonal shape that Amazon says increases stability as well as propellers that the company claims will minimize high-frequency soundwaves.

The company originally announced plans to create a 30-minute drone delivery service in 2013 and showed off this now-dated video (embedded above) as a demonstration of what the future might be like. Amazon showed off redesigned drones with hybrid VTOL (vertical takeoff and landing) capabilities in 2019 and received approval from the Federal Aviation Administration that let its drones carry packages while working beyond the operator’s visual line of sight in 2020.

Before announcing plans to begin delivery tests to consumers, reports focused on the hurdles Amazon was facing, including multiple drone crashes and accusations the program was being rushed along.

Amazon says “hundreds” of customers in the Lockeford area have reached out about joining the test group and that its Texas rollout represents a partnership with the city and Texas A&M University “on some of the great work they’ve been doing” in regard to drones.

Engineering an Artful Garden – An Interview with Chen Choo