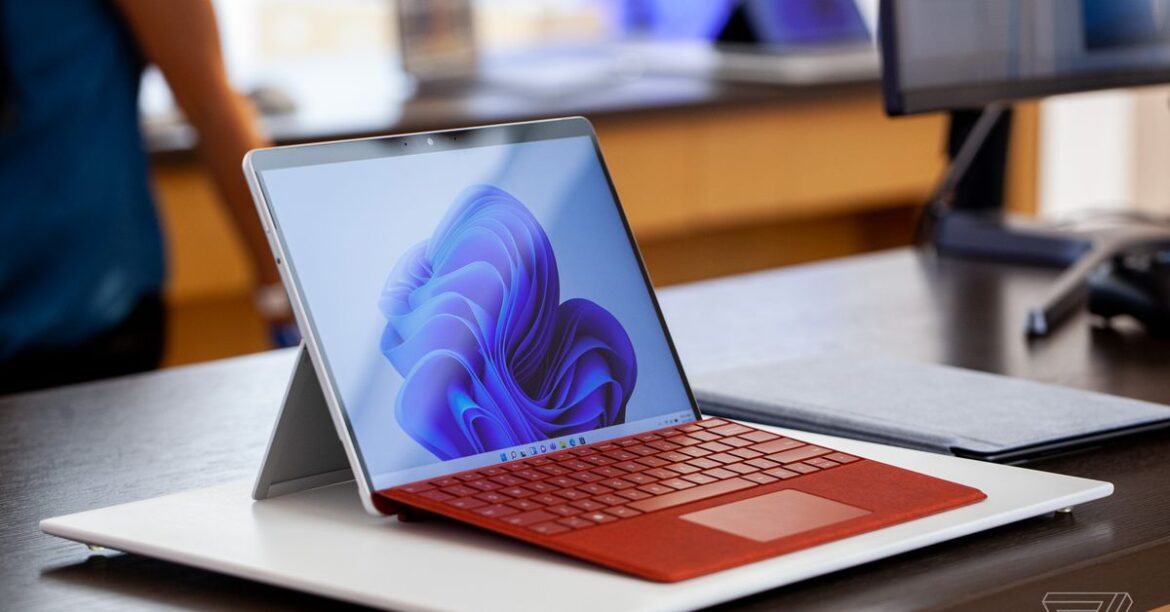 Tablets exist in a space between phones and laptops that is becoming increasingly muddled. As phones become more powerful and gain larger displays, laptops continue to get lighter. Tablet manufacturers haven’t been resting on their laurels, though. Many of the more recent tablets we’ve seen are looking to bridge the gap in terms of performance and, in select cases, handle some tasks more efficiently than both phones and laptops.

The tablet spectrum is varied, too. Inexpensive models like the Amazon Fire HD 10 make for excellent media streaming devices, while those in Microsoft’s versatile Surface lineup can easily serve as ad-hoc laptops when paired with an optional folio-style keyboard. Then there’s the ubiquitous iPad, a slate that has become the go-to tablet for anyone searching for something in the Apple ecosystem (and for many outside of it).

Below, we’ve rounded up deals for a number of Android, iPadOS, and Windows tablets. We’ve also broken down the deals by manufacturer to make things easier, and we will continue to update this post regularly as new discounts and sales become available.

Both the standard and Plus sized models of Amazon’s latest Fire HD 8 tablet are discounted to their lowest price ever at Best Buy and Amazon right now. The standard HD 8 tablet was originally priced at $89.99, but is on sale for $69.99, while the HD 8 Plus is down to $79.99 (normally $109.99). These prices are for the 32GB configurations, however, Best Buy is offering similar discounts on the 64GB models as well. It’s also worth noting that you can expand the storage capacity of either configuration via a microSD card.

The standard version of the 10th-gen Fire HD 8 features an 8-inch IPS LCD display with 1280 x 800 resolution. The tablet’s relatively low-end processor and 2GB of RAM make it difficult to recommend this tablet for anything work-related, but it’ll fit the bill if you’re looking to do little more than stream video and consume Amazon content.

The Amazon HD 8 Plus mirrors the standard model in most aspects, but there are a couple of key differences. First off, it includes 3GB of RAM, allowing it to handle simultaneous apps slightly easier, and it features wireless charging, allowing it to act as an Echo Show in some instances if you mount it on a charging dock. The HD 8 Plus is pretty sluggish by modern standards even with its additional RAM, it but remains an excellent choice for a dirt-cheap tablet with parental controls and multi-user support. Read our review of the Fire HD 8 Plus.

Amazon’s Fire HD 8 Plus packs a lot of value for the money. It’s a suitable vessel for consuming any and all Prime content and this model, in particular, supports wireless charging.

In addition to boasting a larger screen than the HD 8, the latest Fire HD 10 touts 1920 x 1080 resolution — as opposed to 800 x 1280 resolution — along with triple the amount of RAM. The 10-inch Plus model includes these improvements as well but also features support for wireless charging, a soft-touch finish, and an additional gigabyte of RAM that allows for slightly better performance. Read our review.

The 2021 Fire HD 10 is the largest of Amazon’s Fire tablets. Unlike the previous generation, it sports a 1080p display and 3GB of RAM, which is plenty if you’re streaming, browsing, or consuming Amazon content.

The Plus model of the 10-inch Kindle Fire tablet offers many of the same features as the standard model but is equipped with 4GB of RAM, making it slightly more capable than its less expensive counterpart.

The launch of the new iPad Air earlier this year has led numerous retailers to significantly discount its last-gen predecessor, the 2020 Air. The older model may lack Apple’s blazing-fast M1 chip, but its A14 Bionic processor is still capable of delivering plenty of power and should be fast enough for the vast majority of apps. The tablet is also compatible with various iPad Air accessories — which allow you to transform it into an ad-hoc laptop using add-ons like Apple’s Magic Keyboard — and it offers a terrific, 10.9-inch Retina display with 2360 x 1640 resolution. It supports a wide color gamut as well, not to mention a USB-C port for charging.

The 2020 iPad Air includes thinner bezels around the display and has relocated the Touch ID fingerprint sensor to the power button at the top of the device.

If you’re looking for something a bit more futureproof, Apple’s latest iPad Air is also on sale at multiple retailers at the moment. The 64GB configuration typically retails for $599.99 but is on sale at Amazon and Walmart right now for $559.99. If you need additional storage, the 256GB model is currently available on Amazon in space gray for $679 ($71 off).

The latest Air sheds the A14 Bionic processor in favor of Apple’s more powerful M1 CPU, yet it still offers all-day battery life and retains the same design as its predecessor from 2020. In terms of Apple’s current tablet lineup, it sits between the latest iPad Mini and iPad Pro, and comes with a set of surprisingly powerful speakers and a vivid 10.9-inch screen that’s still easy to handle. Read our review.

The latest iPad Air retains the iPad Pro-esque redesign of the 2020 model but does away with the A14 Bionic processor in favor of Apple’s lightning-fast M1 chip. It also comes in five colors and boasts a 12MP front-facing camera with support for Apple’s Center Stage feature.

Apple’s iPad remains a solid, popular tablet that’s suitable for just about anyone. Normally $479, the 256GB model with Wi-Fi is on sale right now at Walmart for just $399, one of its best prices to date. The smaller, 64GB model is also available at Target and Best Buy for $279 instead of $329, a modest $50 discount.

Apple’s latest, entry-level iPad features a 10.2-inch, True Tone Retina display, one with a resolution of 2160 x 1620. It’s worth noting, however, that with the release of the most recent iPad Pro and Air models, the base model has become something of an odd duck with an outdated design. At this point, the standard model is the only Apple tablet that still uses a Lightning connection, as opposed to USB-C, and is only compatible with the first-gen Apple Pencil. Perhaps more importantly though, it’s also one of the only tablets in Apple’s current lineup that doesn’t use an M1 series CPU, opting instead for an A13 processor that will be fast enough for most users.

In many ways, the iPad Pro is the scaled-up version of the most recent iPad Air. The 12.9-inch Pro features Apple’s M1 chip, the same all-aluminum form factor, and the option for 5G connectivity. The 12-inch iPad Pro includes a larger Mini LED display, though, along with a superior camera array, support for Face ID, and a variable refresh rate.

Apple’s latest iPad Pro comes with the company’s own M1 processor and Thunderbolt. However, the 12.9-inch model also touts the best display of any tablet available.

If you don’t mind a limited port selection and are in need of a tablet that offers plenty of performance in a lightweight chassis, Microsoft’s high-powered Surface Pro 8 might fit the bill. The attractive, modern slate feature a 13-inch touchscreen, along with 2880 x 1920 resolution and a 120Hz refresh rate — a rarity outside of the gaming sphere. It’s also a great teleconferencing device thanks to its far-field studio microphones and 5MP front-facing camera. Best of all, it serves as a competent stand-in laptop when using the integrated kickstand and the optional keyboard cover.

Right now, the Surface Pro 8 is on sale at Microsoft for $799.99, saving you a cool $300 on the regular MSRP of $1,099.99. This particular model comes with an 11th Gen Intel Core i5 CPU, 8GB of RAM, and a 128GB SSD. If you need extra room, you can always expand the storage of this tablet down the line with microSD cards. The same configuration is also on sale as part of a bundle at Best Buy, one that includes a keyboard cover for a grand total of $999.99 as opposed to the standard combined price of $1,249.99. Read our review.

The new Surface Pro 8 is Microsoft’s biggest upgrade in years. The excellent 2-in-1 touts Thunderbolt 4 support, a 120Hz display, a better camera, and a more modern design.

While there are some clear upgrades across the S8 line, there are a number of similarities as well. They all use Qualcomm’s Snapdragon 8 Gen 1 processor, feature quad-speaker arrays, run on Android 12, and come packaged with a Samsung S Pen stylus. Each model also supports Wi-Fi 6E and comes equipped with a minimum of 8GB of RAM, but the S8 Ultra is available in 12GB and 16GB configurations as well. The S8 and S8 Plus essentially serve as direct replacements for their Tab S7 predecessors, while the S8 Ultra is a more feature-packed model with support for 5G connectivity and a 14.6-inch OLED display that touts a 120Hz refresh rate and 2960 x 1848 resolution.

In our Galaxy Tab S8 and S8 Plus review, we noted how much we enjoyed both displays and the performance provided by the upgraded CPU. Both models are also slim and lightweight, lending them exceptional portability. However, while both play well with other devices in the Samsung ecosystem, many Android apps still struggle due to poor optimization.

The S8 Ultra, on the other hand, impressed us with its mammoth OLED display and snappy performance. Despite its attempts to bring iPad-level productivity to an Android tablet, however, neither the OS nor the optional keyboard case is really up to the task.

The standard model of the Galaxy Tab S8 features an 11-inch LCD display with 2560 x 1600 resolution. The base model also has 8GB of RAM and can be configured to include either 128GB or 256GB of storage out of the box.

The premium model in the S8 lineup, the S8 Ultra features many of the same specs as its cheaper siblings. In addition to having configurations that can feature up to 512GB of storage, however, the Ultra can also be upgraded with either 12GB or 16GB of RAM. It also has a larger, 14.6-inch OLED display with 2960 x 1848 resolution. 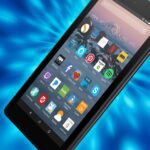 11 Amazon Fire Tablet Tips and Tricks Everyone Should Use 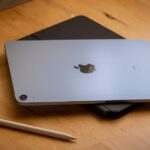 25th Anniversary of Princess Diana's Death: How William and Harry Are Honoring Their Mom (Source)